Microsoft's answer to Sony's PlayStation 4 has been revealed as the Xbox One, which as you might expect, comes peppered with plenty of interesting features and mechanics.

Many Microsoft fans have been eagerly anticipating the arrival of their latest next generation console and they were granted a small glimpse of it during an event held at Microsoft's Redmond Campus.

Unlike Sony's PlayStation 4 event, the entire console was revealed, as well as the controller and a new and improved Kinect device.

The event was also livestreamed to all Xbox Live users, as well as being featured on numerous high profile gaming websites.

It's an intriguing looking device. Its design somewhat reflects that of the yin-yang symbol, but upon closer inspection this seems to be not a design choice, per se, but rather due to large sections of the console covered in a grill mesh, likely to prevent the initial overheating issues the Xbox 360 shipped with.

The controller has seen very little in the way of change aside from the Xbox Guide button being shunted up an inch or two, as well as a new block being mounted at the top. Fans of the current controller should be happy as the Xbox One's controller seems to be following in its footsteps.

Thankfully, there doesn't seem to be any touch-screen nonsense that's likely to push forward the impending doom that is the conjoining of gaming and social networking, but there is something equally as threatening and that comes in the shape of what appears to be a toppled over HAL-9000.

Yes, Microsoft's Kinect is also receiving an upgrade, though instead of it being perhaps improved game support or maybe increasing the accessibility of the product, it's been given the rather alarming feature of it being able to detect a person's heartbeat.

Now, it's all well and good being able to control a console with actions and movements, but for that device to detect a living pulse in a room should be ringing alarm bells for privacy enthusiasts everywhere. And before you say anything, yes, I am currently sporting my tin foil hat.

Joking and privacy issues aside, it does seem to open up a lot of things for the potential direction of Kinect and presumably with that comes a substantial amount of new games, hopefully exclusive to the Xbox One, especially since it ships with the console.

Own your own toppled HAL!

As you'd expect, there wasn't much detail given about the technical specification of the Xbox One. It's likely that this information will be revealed during Microsoft's presentation at E3, but hopefully they'll release teaser information before then.

What we were told during Microsoft's reveal event was that the Xbox One will contain 8GB of DDR3 RAM and multiple operating systems (and the ability to switch instantly between them), but aside from that, it seems to be very similar to the PlayStation 4.

Both will contain USB 3.0 support as well as largely focusing on cloud storage. For the first time, the Xbox One will contain a blu-ray drive and as expected, the PlayStation 4 will contain one also. Both devices will also feature an 8 core CPU.

Until we find out more detail, it's hard to draw a conclusion as to which device will perform better.

Why not buy a USB 3.0 Flash Drive and be prepared for the next-gen consoles?

EA announced during the event that they were going to be working closely with Microsoft, which means that there was a barrage of sporting games presented. Amongst these were FIFA 14, Madden 14, NBA 2K14 and UFC 14.

EA displayed how they were going to create living, breathing worlds for the 3D renderings of our favourite athletes and sports-people to compete in, as well as being able to make the games adapt and differ on a day to day basis if connected to Xbox Live.

This is definitely an interesting partnership and hopefully will bear glorious gaming fruits once the Xbox One is finally released. As with all early game reveals, there wasn't much in the way of actual gameplay, but the few seconds that were presented did seem impressive.

Hints that some features of FIFA 14 are going to be Xbox One exclusive were also dropped, though it's unclear as to what these features might be.

See what you're missing!

The other large game reveal was Call of Duty: Ghosts. It has to be said, I'm always one of those people that get sucked into purchasing a game if it's got a good trailer and up until this event, I wasn't sold on CoD:Ghosts.

However, the reveal trailer shown was exceptional and so long as it provides more than just a change of gun textures and a different map roster, it should become a very good game - something I was very unlikely to have said a day ago.

Again, not much was shown in terms of gameplay, most of the content was either cutscenes or misleading comparisons between ingame footage of Modern Warfare 3 and fully rendered close up face shots of the models in Ghosts, but this is what we've come to expect from the gaming industry.

Microsoft continued their trend of attempting to conglomerate every single device within a 10 yard radius of your television by announcing that they wanted the Kinect to be connected to, and in control of, pretty much everything.

Naturally, this means that the Kinect will have to be always on and always listening and I'm not sure if I'm entirely comfortable with that, he said, donning his tin foil hat again. The concept of it is a good one, but as far as I'm aware, people like to be in control of their devices, not governed by the whim of their Kinect.

However, one of the most concerning things stated at the event was that Microsoft are attempting to matchmake, saying that "you and your TV will have a relationship". Again, call me boring, but I'm really not expecting nor wanting to have a relationship with an inanimate object.

Besides, at the current rate of things, it won't be long before the Kinect develops feelings and becomes jealous. And then we'll be in for it.

Y u spoil my happy ending that you requested? >:(

Either that or it's a new Alien film...

A couple are engaged in a hearty game of UFC Undisputed 3, when one of them utters a cry of alarm, "There are three heart-beats registering on the XBox One Console's pulse detector!"

Naturally panic ensues. There could be mad axe murderers right behind them. But there isn't. They search the whole house and there's not so much as a vampire present. It's safe.

But how to explain the three heart-beats. They sit there brain-storming, wondering, then inspiration strikes and both pairs of eyes are drawn downwards. She lays her hand across her mid-riff. "Oh my gosh! You're going to be a daddy!"

And they cheered! And all the world was happy.

That's definitely one for your novel! But what about one with a happy ending? It's a bit melancholy in here!

LOL I like what you did there. And also the fact that I wasn't the one to bring up vampires. :) Yes! You're there, having a great game of NBA 2k13, when it occurs to you that there's only one heart-beat registering on Microsoft's new XBox. "Waily!" You shriek and point this out to your friend, with your own heart thundering against your rib-cage.

"Yes." He says. "Why do you think I only Kinect with you at night?" And with a hiss, he bears his fangs. "Darn that Xbox One pulse detecting feature! Now I'll have to drain your blood to keep your silence!"

Perhaps something could be written around "Romeo and JuliKinect"? Also, does this mean we have a new method of detecting vampires? You'd be the one to ask...

And a tragi-romance story! A couple are playing FIFA 14. He loses and declares that he cannot live. He stabs himself in the heart and dies horribly on a pool of his own blood. "Darling, nooooo!" Screams his girlfriend. She rushes across and checks his pulse. He has none. He's dead. She screams and sobs, tearing at her hair and crying, '"Why!!!????!" to the universe.

Then she realizes. The XBox One Console is still on and it's detecting no pulse at all. Even her own. In that terrible moment, she understands completely why her boyfriend was so depressed. It wasn't that he'd lost the game. He'd lost her too.

Modern day Romeo and Juliet. *wipes tear from my eye*

The worrying thing is, if they do incorporate the heart-beats into a game somewhere, it's likely that this'll happen just by chance.

Back after five years, Master Chief finds himself on a new planet, Requiem, f... 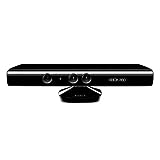 Back after five years, Master Chief finds himself on a new planet, Requiem, facing a new threat: the forerunners.
100%  21   16 Paul
Video Games 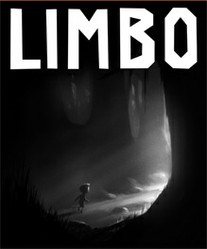 I'd heard good things about this game and after buying it, my next few hours were spent enthralled.
Loading ...
Error!