The dark nights are drawing in and Halloween and (here in the UK) Bonfire Night are looming. Time to create some delicious sweets to tempt your ghoulish guests with!

After all, when ghosts, witches and other scarey creatures of the night knock on your door you have to make sure you keep them happy. These traditional toffee recipes will definitely do the trick - and be a treat!

A Note About Using a Sugar Thermometer (Useful but not essential)

Have the sugar thermometer beside the pan in a saucepan of very hot water. Do not put it cold into a pan of hot mixture. It could burst.

While using the thermometer, always replace in very hot water. Never cool it too quickly, and always make sure it is thoroughly clean when finished using.

Cinder Toffee (known by various other names, Sponge Toffee, Honeycomb Toffee, Hokey Pokey) is made with a combination of vinegar and bicarbonate of soda. The reaction between these two ingredients creates a hard, crunchy froth of toffee, light, golden and delicious.

It is best made with Lyles Golden Syrup. If Lyles is not available in your area, it can be obtained from Amazon. Some recipes use corn syrup, which is acceptable, but for the traditional English toffee Golden Syrup gives the best results.

Safety: Vinegar and bicarbonate of soda react by frothing up the sides of the pan, so make sure you use a large pan to allow for this. It also gets very hot. Be aware of safety issues with small children around.

Use a large, heavy-based pan, a large greased baking tin and you will also need some wooden lolly sticks.

...and a lovely Traditional Recipe Book

For a nice variation substitute half the treacle with honey.

Hi Maggie! Give it a go! It's fun to watch it frothing up!

I love making my own candy, and have make toffee every Christmas.... I will have to give the Cinder Toffee a try for Halloween.

I love toffee although I've never made any. Maybe I'll give it a try.

The sooner you make your Christmas cake, the better it will taste on the grea...

Six Christmas Markets in Europe - Ideas for a Christmas Shoppi...

Here are a few ideas for some of the many Christmas Markets to visit in Europ... 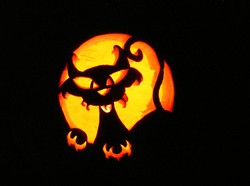 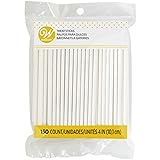 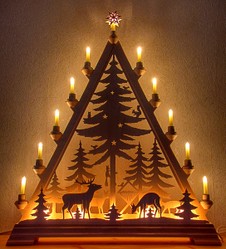 The sooner you make your Christmas cake, the better it will taste on the great day! Here is a traditional Christmas Cake recipe for baking as early as September.
100%  20   10 KathleenDuffy
Christmas Gifts 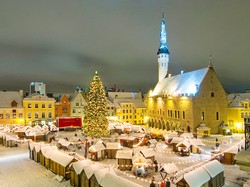 Here are a few ideas for some of the many Christmas Markets to visit in Europe. Combined with a weekend break it's a festive experience guaranteed to drive away the Winter blues.
Loading ...
Error!