Confused why Britney Spears remains to be one of the biggest stars on the planet? Here's an article that explains Britney's artistry.

Since 1998, when Britney Spears appeared in her music video dancing in a Lolita-esque Catholic school girl outfit, I knew I would be a fan.

Yes, dear readers, I'm not ashamed to admit that I've been following Ms. Spears' career since she was 17. And even until now, I still can't get enough of her.

To me and to the rest of the loyal Britney army -- that's what we call ourselves -- Britney Spears is not just a pop star. She is POP.

Several girls tried to follow in her footsteps, but non of them can beat the records she set (and even broke). If you check the Billboard 200 Album Charts, only 1 of her 7 albums went to number 2, and the rest went straight to number 1.

These 7 albums could've gotten straight to the top position, but Billboard had a last-minute rule change, so our Britney had to settle for something that remains to be unacceptable to us, Britney fans.

It could have been a record that would be very difficult to break, but Britney was stripped of that opportunity.

Christina Aguilera's voice may be a million times better than Britney, but superstardom is not measured by one's ability to belt out notes alone. Talent shows are crude examples that can prove this point. What ever happened to Ruben Studdard (American Idol season 2 winner)? What about Tate Stevens (X Factor USA season 2 winner)?

Britney's critics and haters just don't understand Britney's talent and artistry. They hate our Queen because she lip synchs in almost all of her performances. They criticize her because according to them, Britney can't sing. But really, she can. She may not have a great voice, but she can.

So what then can Britney offer that her fans just don't seem to get enough of?

To make sure we're on the same page, let me give you a video of one of the most iconic dance performances in VMA history. This was way back in 2001 when Britney performed and launched "I'm a Slave 4U" as her first single off her third album "Britney."

In the video, it's obvious that Britney was lip synching. But you gotta admit, she was hot! And this performance gave everyone something to talk about. Until now, if fans and those who witnessed this spectacle were to asked to list down Britney's most iconic performances, this would be on top of the list.

From the snake up to the choreography, this performance is one-of-a-kind. Watch.

Even the late Whitney Houston acknowledges Spears' talent. Once, on the X Factor (UK), she was mentoring an act, and the contestants were planning on singing one of her Britney's hits. Whitney's advice? She said "With Britney, it's about the dancing." So if a respectable star such as Whitney Houston understands what Britney's artistry is, why can't the haters move on? Jealousy perhaps?

Okay, so maybe you're thinking. So what if Britney can dance? Do we really need another Janet Jackson?

Well, Janet is Janet. But you can't discount the fact that Britney has carved out a name for herself. When she dances, you just can't help it but stop and watch. Britney's grace sets her apart from the other dance artists -- yes, this includes those who have come before her. This is one of the main reasons why Britney can't be simply dismissed as an untalented girl the way haters describe her.

Let me give you the "anatomy" of Britney's dancing, and why her fans can't get enough of her.

1. Feminine moves, but with a swag
If you watch "America's Best Dance Crew," you'll notice how powerful the women dancers' moves are. There's no doubt in my mind that you'll get easily impressed. But if there's one word that best describes their moves, it's the word "masculine."

Britney doesn't do ballet. She dances to her own music, but she does it with grace. Her moves are very feminine and sexy, yet you can't deny that the girl has got swag. And if you watch her videos over and over, you'll notice that a simple raising of her arm is done in a graceful way that it can be considered a dance move. Am I missing something? Because I haven't seen a pop star move the way Britney does.

2. Hairography
If I remember it correctly, one episode in Glee was dedicated to this. But to give you an idea of what hairography is, an article I read a few years back defines hairography as "the use of hair movements to pass as a dance move." One Youtube commenter said that Britney is the master of hairography. I have to admit that it's true.

Until now, I'm still amazed at how she does it. I've seen other pop stars and dance artists whip their hair back and forth, but none of them does it as gracefully as Britney does. Even if most of her face is covered with her hair, she still looks amazing. It's as if every part of her body has a life of their own.

3. Dancing in women's clothes
Can you dance in heels like Britney does? I don't know about you, but even Victoria Beckham says wearing heels hurts her feet. So what more if you dance in them? How does Britney do what she does?

Other dance artists try to wear baggy and loose clothes to either mask their dance moves or to add drama to them, but Britney can wear a dress and still be graceful.

As a conclusion, I guess I wrote this article to defend one of the people I idolize. No matter what people say about Britney, she is a huge star for a reason. They say that you can't exactly pinpont what this reason is, but for me and to the millions of Britney fans around the world, we love her not only because she dances so well but also because she is a nice person. Even when some celebrities make fun of her singing and even her personal life, she doesn't hit back. She still remains kind and sweet. And because of that, I will forever be a Britney fan.

Britney Spears Gift | 6 Gift Ideas for a Britney Spears Fan
Is someone you know a fan of Britney Spears? On their birthday, or on any occasion for that matter, give them something that will truly make them happy. Here is an article that gives you 5 gift ideas for the Britney fanatic. They're hip, they're cool, and they're one-of-a-kind.

What Do You Think of Britney Spears? Thanks for dropping by!

This article is a summary of Johnny Depp’s eccentric looks and roles that we ...

Learn how to put up a Penelope Garcia costume for your costume parties. Under... 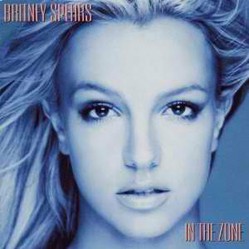 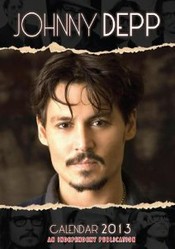 This article is a summary of Johnny Depp’s eccentric looks and roles that we love. From Edward Scissorhands to Barnabas Collins, Johnny is truly a man of superb talent!
20%  1   2 squidooprincess2012
Halloween Costumes for Adults 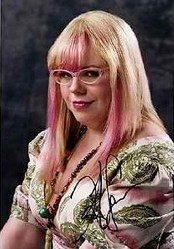 Learn how to put up a Penelope Garcia costume for your costume parties. Understand the style and fashion statement of one of the world’s favorite characters in Criminal Minds.
Loading ...
Error!