It’s not often that your grade-schooler will run into your arms after school raving about his love of math.

It’s not often that your grade-schooler will run into your arms after school raving about his love of math. It’s all too common, on the other hand, that subjects such as reading, art and music, get all the glory while math, starring in the Wicked Step-Sister role, gets a grimace and a wrinkled brow – usually from you.

There are many math-phobic parents who dread the transition from “2+2=4” to geometry, algebra and fractions. Some people manage to wing it and make it through while weathering a few crying fits from their children and a couple of extra gray hairs for themselves. Others try private tutors if they can afford it or if that’s too expensive, they seek out one of the many services which have popped up around the country that offer extracurricular math programs, classes and group tutoring.

But what if those options don’t prove to be effective? When a child is sitting with a tutor or with a group if kids in a math help-center, even though the group is small, it might not make much of a difference in their interest level or ability to commit to the necessary focus. In fact, because the emphasis is more on the individual in these help-center situations, it may intensify the anxiety that the child feels when they're having trouble solving math problems.

The other side of the coin is the child who seems to have an affinity for math and views it as an intellectually stimulating challenge. That’s a great start, but what if the curriculum taught by the school isn’t offering enough academic engagement to capitalize on that interest and fails to encourage further exploration?

Where to Go When You Realize You Need More Help

In previous generations, there weren’t many alternatives besides the previously mentioned private tutors and some sort of homework clubs. Luckily, huge advances in technology over the last 20-30 years have leveled the playing field tremendously when it comes to helping kids not only keep up with their peers in math development, but also to encourage them to enjoy the process of learning mathematical principals.

Over the past several years, there’s been a rise in the availability of online math games for kids. When used as a regular supplement to other types of math support, these games are incredibly useful for reinforcing core math skills that previously may have seemed unattainable or boring to kids. By adding an element of fun and interactivity, online math games for kids offer what a traditional classroom setting can’t: play-based learning.

Some people lump all of the online math games for kids into the same boat as other computer or video-based games, but as with most things it really is a matter of taking time to assess quality before making judgment. It’s true that some sites have learning games as merely window dressing to offer a variety of un-related products and services to unsuspecting parents. There are many more, however, that can truly be an important component of your child’s successful development in mathematics. Some things you can do to determine whether a particular website or software is effective for teaching math skills to your children:

Gain Doesn’t Have to Mean All Pain

Ultimately, it’s important to help your child recognize that, while learning math can be a challenging experience, it can also be fun and engaging. By combining core math concepts with dynamics such as a reward system, achievement levels, interactivity and adaptive learning, online math games create an environment where the development happens almost invisibly while children are doing something enjoyable and mentally stimulating. And that element is one of the most integrative and natural learning situations any parent or teacher could ever hope for.

Shopping for the Best Kindergarten Games to Buy

Thanks for stopping by Harry! Will be checking you out on Twitter :)

Come check out Math Chimp! We collect and organize free online math games. Our games are rated by users and organized by the common core standards. Find us on twitter: @mathchimp

How to Teach My Child to Tie Their Shoes? 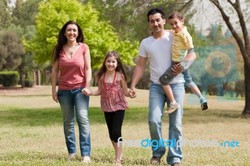 Visual Learning Strategies: What to Look For in Math Learning Platformson 04/20/2012 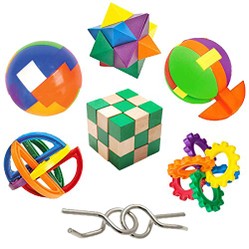 Choose age appropriate toys for children. A five-year old graduating from kindergarten will learn much from a well chosen toy during the summer and beyond.
26%  4   2 SusanM
Kindergarten Education 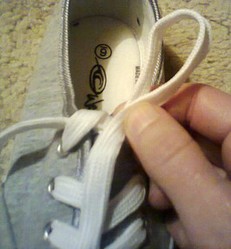 How to Teach My Child to Tie Their Shoes?

Easy tips on how to teach your child to tie their shoes
Loading ...
Error!