Saint Valentine's Day is probably the most commercialized holiday in the world. On the other hand it has pretty interesting historical background.

With all the buzz about presents and cards the holiday of St. Valentine sometimes look like a big popularity contest.

It is surprising how many people hate it but still can't ignore it. Even if we disapprove the commercial idea behind Valentine's, we can still enjoy in it. Valentine's Day is certainly not only about flowers and chocolate and if we dig a bit deeper in its history, we can find a lot of amusing facts too.

Who was Saint Valentine? How is he connected with love and big red hearts?

The meaning of name Valentine is: brave, powerful, strong. It can be also translated as vigorous, healthy, manful. This name of Latin origin was 'translated' in English as Valiant.

There are more than ten saints named Valentine in different Christian churches. At least three of them died on February 14th. Nobody knows which should be credited for the famous holiday. And by the way - there was also a Pope Valentine, mostly known by the fact, he served as Pope for 40 days only.

Saint Valentine is patron of happy marriage, lovers, young people in general, engaged couples, happy marriages, but also beekeepers, epileptics and travelers. In 1969 Roman Church officially removed him from Roman Calendar, because there are not enough known facts about St. Valentine, although he is still recognized as a saint.

While we can find many legends about Valentine helping young people in love, there is no document older than Chaucer's Parliament of Foules in 1382, where the author connected St. Valentine's Day and lovers.

Valentine's themed calendar is used by permission of: http://mycalendarland.com/calendar/february.

Who was real Valentine?

Two best known stories about Saint Valentine are both related to the emperor Claudius II (Claudius Gothicus). In one version Valentine secretly married a Christian couple in times when being Christian was forbidden. In another version Valentine's faith was tested with a task. He was ordered to give back sight to a blind girl and he succeeded.

In both cases Valentine met Claudius II and tried to convert him what brought him death sentence. He was beaten with sticks and beheaded outside Flaminian Gate (North of Rome) on February 14th (year is not known, it was around 270 AD).

The possible origins of Valentine's Day

Tradition of celebrating Saint Valentine's Day can be associated with ancient pagan festival Lupercalia which was celebrated 15 days before kalends of March (old calendar started with March, the month when nature becomes 'alive' again), what gives us the approximate date of February 14th.

In Lupercalia different rituals were performed. Most important of characteristic of all is a relation of Lupercalia with fertility what is associated with love. According to some authors, festival of Lupercalia is predecessor of the Saint Valentine's Day tradition, but nobody offers enough proof for this theory.

Another interesting tradition can be found in Middle Ages when single young men and girls drew names from pots or hats on February 14th to find their possible partners. Then they wore the name of this partner on visible part of the dress (mostly sleeves) for few days. This tradition was popular in England and France but is probably related with Lupercalia, where similar draws were also held, but young pairs were much more intimate.

Lupercalia is of course also related with Lupa, a she-wolf who raised Romulus and Remus, but the rituals are much older than Rome (they were also practiced among Old Greeks). Human life, after all, was always closely related with changes in nature and mid-February, when birds started their families, surely worked as strong signal to ancient people. It was time to celebrate, because love was literally in the air!

Your thoughts on Saint Valentine

There is also an anti-Valentine's Day. It is called Single Awareness Day, it is officially celebrated on February 15th and it tries to remind people of one very important fact: We don't have to be in a relationship to celebrate the beauty of life!

There is an interesting explanation about letter X meaning. The meaning of X suppose to be the same as the meaning of  kiss, what was (and in many cultures still is) a sacred act.

In old times when many people couldn't read or write, they signed the documents with an X and then, to proof their seriousness kissed the X.

If somebody adds X next to his/her signature, is now understood as a kiss...

Now you know the meaning of x!

What is your best Valentine's memory?

Father's Day is a gift giving day when millions of fathers will get funny car...

Are you expecting guests for Thanksgiving dinner and would like to know how t... 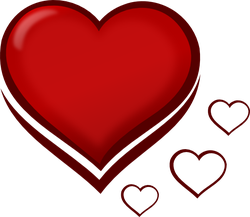 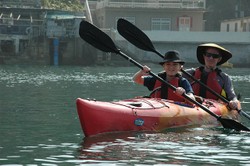 Father's Day is a gift giving day when millions of fathers will get funny cards and other more or less unique gifts. Some are useful, others just cool.
58%  4   7 mihgasper
Thanksgiving Dinner Ideas 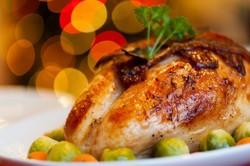 Are you expecting guests for Thanksgiving dinner and would like to know how to set the table? Here are few hints and tips.
Loading ...
Error!