Until Victorian times, prisons in Britain housed men, woman and children. Debtors were alongside thieves. Perhaps fortunately for them, murderers were usually executed.

From small, locally run establishments where prisoners had to pay for their food, bedding and pretty much everything else, to large government run institutions, UK prisons have undergone some significant changes since Victorian times. The prison reformers were instrumental in these changes, but they were in opposition to those who wanted harsher penalties and longer sentences. Both sides succeeded in their own ways, and changes did occur. And yet, only one new adult prison was built in the twentieth century.

In the UK today, the age of criminal responsibility is 10, which means that children under this age who commit a crime cannot be arrested, charged with a crime or sent to prison.  Those between the ages of 10 and 17 can be arrested but will go to a youth court rather than an adult court.  Their sentences will generally be different and they are not sent to adult prisons, rather they will be sent to a young offenders’ institution.  Those who are sent to young offenders’ institutions or prisons nowadays are treated very differently and reviews by Her Majesty’s Inspector of Prisons regularly occur to ensure that standards are adhered to.

It wasn’t always this way, though.  Before Victorian times, it didn’t matter how old the offender was, they were all treated in exactly the same way.  The National Archives holds records of children as young as 12 being hanged, but things started to change in Victorian times.

In Victorian times, the same prison would house men, women and children.  Up to the early 18th century, rather than the large institutions that we see today, prisons tended to be small and locally run.   In most cases, prisoners were expected to remain silent and to undertake hard labour, in the form of walking on tread wheels (to power whatever prison machinery was required) or what was known as picking oakum (separating strands of rope).  Other labour was just to turn a crank in the cell which would turn paddles in a sand box.  No real purpose, the labour was just to punish the prisoner.  The rule of silence was strictly enforced. 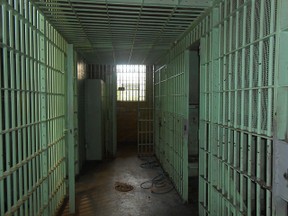 It was pretty much up to each prison how it was run, and, unlike today, the prisoners weren’t paid, they had to pay the gaoler. If the gaoler took a dislike to you, it was even worse.  His word was law.  It was possible to pay for a number of privileges, but woe betide you if you were poor and couldn’t pay.  Life would be pretty grim, even the prisoners’ food and drink had to be paid for, and they even had to pay to be let out when their sentence was up.  No money, no release.  If prisoners had money, life was not so bad, they could pay for pretty much whatever they wanted, and the gaolers appreciated it.  They did not earn a wage, the only money that they earned was that paid to them by the prisoners.

John Howard became High Sheriff of Bedfordshire in 1773, when one his responsibilities was to oversee and supervise the County gaol.  Howard was shocked at what he saw there.  He visited other prisons around the country, and found that they were no different.

As a result of Howard’s petitioning, two acts of parliament were passed in 1774: one of these was these was to put improvements into place, the other was to abolish gaolers’ fees, although it was some time before they were strictly enforced.  Howard died in 1790, although the Howard League for Penal Reform was founded in 1866 in his honour.

The Penitentiary Act was passed in 1779.  Gaol fees were finally abolished in 1815, but other prison reformers, such as Elizabeth Fry, continued trying to improve conditions.  Charles Dickens wrote about the state of prisons in his books David Copperfield and Little Dorrit.  Dickens had a personal interest in the state of prisons, having visited his father, who was imprisoned for non-payment of debts, when he was a young man.  The death penalty for theft was abolished in 1832.

The Victorians in power were terrified of rising crime rates, its causes and the growth of the big cities in the wake of the Industrial Revolution.  Between 1842 and 1877, 90 new prisons were either built or increased in size.  Despite this, by the 1860s, the public was calling for something to be done about the increasing crime rate.  Minimum sentences were increased for a number of offences and prisons were taken from local to central government control.

Herbert Gladstone, son of the Prime Minister of the same name (and later, Home Secretary) chaired a committee on prisons between 1894 and 1895 that recommended a type of rehabilitation institution for young offenders (in this case, young offenders were classed as between mid-teens to mid-twenties) called borstals.  (They were named after a village in Kent where the first one was established.)  These establishments went on to be based on the public school system, where there were “houses,” and “housemasters.”

Capital punishment was abolished in the UK in 1964 but only two new prisons have been built since then – Belmarsh, in South-East London was opened in 1991 (Belmarsh is London’s high security prison) and Feltham, West London, although, strictly speaking, it was formed from Ashford Remand Centre and Feltham Borstal in 1991.

Thank you Peggy. Writer Artist I fear we still have a long way to go.

Wow, very interesting look at crime and punishment through history.

Hope we live in better times and prisons have improvised. It is good to see that plenty of insight has gone, how I wish that there were better opportunities for the prisoners to reform.

Hanging was the main form of punishment in the British Isles from Anglo Saxon...

Facts about the death penalty that most people aren't aware of. 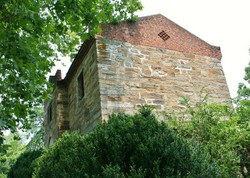 What's Prison For?: Punishment and Rehabilitation in the Age o...
42%  5   4 Telesto
Prisons and Prisoners 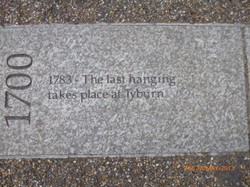 Hanging was the main form of punishment in the British Isles from Anglo Saxon times up until its abolition in 1964. It was almost a family day out.
20%  0   3 CSMcClellan
Prisons and Prisoners 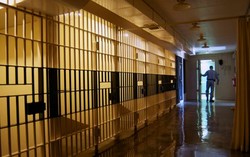 Facts about the death penalty that most people aren't aware of.
81%  28   6 Telesto
True Crime

We've all heard about fingerprints and their use in criminal investigations but how have they come to be used so widely?
Loading ...
Error!