How did the lives of Victorian women’s differ from our own? Most Western women today have a great deal of freedom and can have their own possessions but this was not always so.

Victorian Women.  At one end of the spectrum there are those from relatively well to do backgrounds such as Elizabeth Garrett Anderson, Florence Nightingale and Elizabeth Barrett Browning to those who made a living anyway they could, such as Jack the Ripper’s victims Elizabeth Stride and Annie Chapman.  How else did they differ from our lives today?

Some of the differences are evident: they wore long dresses, which look as though they may have been very uncomfortable to wear whereas we today are able wear trousers if we choose, and shorter dresses and skirts, which are far more comfortable and practical.  We have computers, mobile ‘phones, televisions, electric irons, vacuum cleaners, etc, etc.  Victorian women had none of these things.  The irons were the old pairs of irons that had to be heated in front of a fire, and the “washing machine” would have been a scrubbing board and a mangle.

The population of the country as a whole was growing and the industrial revolution was either still underway, or had, taken place, depending on the exact date in question.  Industrialisation meant that there were more jobs available in the towns and cities.  Although people in the UK had started to migrate to towns as far back as 1350, after the Black Death had changed the face of farming in Britain forever, this migration escalated in Victorian times.

Despite our vision of the man of the house being the breadwinner, many families just couldn’t survive without the income of the wife and the offspring.  All members of the family who could work were expected to contribute to the household.  Big families equal big bills. The truth of the matter was (and still is, in many cases, despite legislation to the contrary) that women were cheaper to employ than men.

It’s difficult to be exact about how much Victoria women earned.  Some of them worked from home, or as part of a family run business.  Some were treated as casual labour or only worked part-time so their wages were never correctly recorded.  Maybe a bit of Victorian “cash-in-hand?”  Some worked in sweatshops, which may have been shady; to say the least, and work such as prostitution isn’t generally recorded even now.  (I read about one lady in that line of work who showed herself as a self-employed demonstrator on her tax return!)

The largest single occupation for women at this time was domestic service, estimated at 40% of all female work.  I remember clearly my grandmother telling me of her days in service, and working her way up to cook, like Mrs Patmore in Downton Abbey.  In fact, think about the staff in the household at Downton and you can see why there was so much employment for women.  Whilst there may have been promotion after a fashion in service, the days were long and the work was hard, and if your employers were not as nice as Lord and Lady Grantham, well, woe betide you. 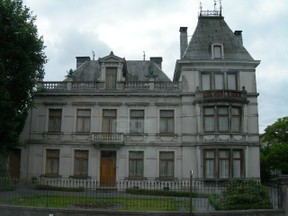 The rag trade (clothing and textiles) was the next biggest occupation for women, although there were regional variations in work availability.  For example, in the area known as The Potteries (six towns in Staffordshire, including Stoke-on-Trent), large numbers of women were employed in the pottery and ceramics factories prevalent in that area.  Other major employments for women were cleaning; retail and laundry work, and these types of work would have been available across the whole country.

Women rarely set up in business in their own right, at least, not legal businesses; it wasn’t uncommon for women to run brothels.  Married women were, effectively, the chattel of their husbands, meaning they couldn’t own anything.  Anything they did own was made over to their husband on marriage.  It wasn’t easy for single women either, although they would often be involved in family businesses.  (Victorian women were not allowed to vote, nor own property and the women’s suffrage movement didn’t start in earnest until the end of the Victorian era.)  However, if the woman became a widow, it was up to her to carry on or the business would fold or be sold.  Double standards there methinks.  Of course, even when women worked, there was still the house to be maintained.  In most cases, it was the woman who did this, as well as her job, unless the household was wealthy enough to have servants.

The Victorians, or at least, middle class Victorians, thought cities were dangerous places to be, and they feared for women.  It wasn’t just crime (or the perception of crime) that was the problem; they believed that diseases were carried from the slum areas in the air.  Not just by germs being passed from one person to another, but in the air itself.    It is not true that respectable women didn’t travel alone.  When the Underground opened in 1863, women travelling alone did use it as a means of travel.  Perhaps women were not quite the delicate flowers that they were portrayed to be?

In Victorian Britain, it wasn’t uncommon for families to have 10 or more children, although many died in infancy, often from diseases such as smallpox or diphtheria.  Queen Victoria herself gave birth to nine children.  (There was no effective contraception to speak of until 1868 when the first intra-uterine device was developed.)  In addition to this, the woman had no say in the number of children, nor their fate once they were born.  As I said above, she was the chattel of the husband so it was down to him.  It was quite acceptable for a husband to beat his wife if she dared to refuse to have sex with him.  In the unlikely event of a divorce, the woman had no say in the custody of her children - it wasn’t uncommon for a husband to withhold access to the children just out of spite, particularly if the woman had wronged him in some way.

Women were not considered to need education in the way we think of it nowadays.  For the most part, it was confined to learning about running the home and bringing up the children.  In most cases, women stood no chance of being able to learn maths nor any of the sciences.

All in all, life was very different and, I think, much harder for our Victorian forbears, particularly if you were born into poverty.  No National Health Service and no social security benefits.  Makes you think, doesn’t it?

Amazing isn't it Mira! The thought of having nine children makes me wince, but you are right, so much change in such a short space of time.

Interesting read. I didn't realize Queen Victoria had nine children. Wow! Also, 40% employed as domestic servants. That really makes one think. So much change in so little time. Incredible.

No, you are absolutely right. Makes me realise how lucky I am.

Thank you for giving us an overall picture of the life of Victorian women. In many ways life is so much better for us, at least in this country. In other countries and even in pockets here, not much has improved.

Was the Irish Potato Famine a Genocide?

She was the daughter of the poet Byron. But history knows Countess Lovelace much better as a mathematical genius and possibly the first computer hacker.
100%  34   10 JoHarrington
Victorian Era

Less divorced from death than we are today, the Victorians took keepsakes that modern sensibilities would find too shocking to contemplate.
100%  39   12 JoHarrington
Victorian Era 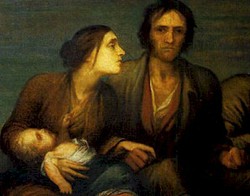 Was the Irish Potato Famine a Genocide?

Between 1845-1851, nine million Irish people starved. At the same time, food was being shipped out of the country into England. It was enough to have fed eighteen million people.
Loading ...
Error!