For the British colonists at Roanoke, in modern day North Carolina, the 'first white baby' born in America was their hope for the future. But what happened to her?

From the second that she took her first lusty breaths, Virginia Dare represented something. She's continued to be used as a symbol for many more things over the centuries.

As the first British baby born in America, her very life became the roots of the colony and an indication of how it may grow.

If there had been nothing else at all, then Virginia Dare would have continued to fascinate for that reason. But there was more. There was a huge mystery, which has never been solved.

The Birth of Virginia Dare

Ananias and Eleanor Dare were Londoners, married in St Bride's Church, on the Fleet. But they weren't there now. 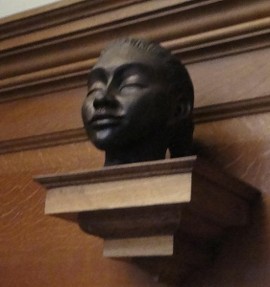 On August 18th, 1587, a daughter was born to Ananias and Eleanor Dare.  Anywhere else in the world, that birth might have passed unnoticed, unremarkable to all but family and friends.

But the arrival into the world of Virginia Dare has been of lasting significance, because of where it happened. She was born into the Roanoke Colony, as the first European actually born in the New World.

Though the location is in the present day state of North Carolina, back then it was all Virginia.  Her life and name made the baby the living hope of a new and prosperous English settlement.

Unfortunately there is little else that we know about the baby girl.  We only know of her existence as her grandfather returned to England for supplies to take back to the colony.

When he made the voyage back across the Atlantic, he found Roanoke dismantled and its population all gone.  There have been plenty of theories, but nobody knows for sure what Fate had met the Lost Colony and its historically significant child.

The bust pictured is a memorial to Virginia Dare, displayed in St Bride's Church, London.

A famous child and an unsolved mystery offer all that's needed for novelists and researchers to add their own theories.

Was Virginia Dare Enslaved by a Native Tribe in America?

Those traveling to settle the later Jamestown Colony were asked to try and find their Roanoke predecessors.

William Strachey was a writer and share-holder in the Virginia Company.  They were responsible for the second (third if you count an abortive Roanoke Colony) English settlement in the New World.

In 1610, Strachey arrived in the Jamestown Colony.  He was briefly its secretary, before returning home to England, late in 1611.

His description is one of the earliest documents that survive about life in the New World colonies.  It was published as The Historie of Travaile Into Virginia Britannia in 1612, and contains an intriguing clue as to the possible whereabouts of the Roanoke baby.

Strachey reported that local intelligence deduced that the Roanoke Colony had been attacked.

Some of the colonists had fled up the Chaonoke River and been captured by the Eno tribe. The survivors had been taken to the Ritanoc settlement, where they were the slaves of Chief Eyanoco.

There were only a few of them - four adult men, two boys and 'a maid'.

Since the account was first published, there has been speculation that the 'maid' was Virginia Dare.  Strachey didn't give a date for this story, but if they had been spotted in the year that he arrived, then Virginia would have been twenty-three.

The American people, who had spotted them, told the Jamestown Colonists that the slaves were put to work beating copper.  The Britons made no attempt to liberate them.

In Search of The Lost Colony of Roanoke

The story of the Roanoke Colony as narrated by Leonard Nimoy.

Did Virginia Dare Die as a Young Girl?

An intriguing clue may have been left in the form of a carved stone. Or it may be a hoax. 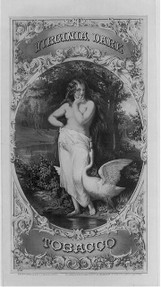 In September 1937, a man named L.E. Hammond was walking alongside the Chowan River, just west of Edenton, North Carolina.  He stumbled upon something interesting.

It was a flat slab of stone with words engraved upon it.  It was a message, addressed to John White, dated 1590.  He was the Governor of Roanoke and the man who had traveled back to England for supplies.  He was also Virginia's grandfather.

The etchings announced the death of Ananias Dare and his three year old daughter Virginia 'at the hands of savages'.  It was signed Eleanor Dare and demanded that her father avenge her family.

Hammond took the stone to Dr. Haywood Pearce of Emory University in Atlanta, Georgia, who paid $1,500 to keep it.  There was soon publicity about the find, as it provided the biggest clue yet to the Fate of the Roanoke Colonists.  A newspaper story called for any further stones.

They came.  Forty-eight of them in all, with their owners receiving payment for them to be passed to Dr Pearce.  For a while, it was believed that every stone was genuine and they told the whole story in jig-saw fragments.

Most of the colonists died in attacks by native tribes, but some escaped.  Eleanor Dare was amongst them and she was the author of every message carved into the stones.  They headed west, until they fell in with a friendlier first native tribe.  Eleanor married the chief and had another daughter named Agnes.

However, a journalist named Boyden Sparkes, from the Saturday Evening Post, was less convinced and he did some digging of his own.  He proved that everyone who had produced a stone was either related to each other or else attended the same church.

The 'Dare Stones' were immediately declared a hoax, but for the first one.  L.E. Hammond was a native of California and, insofar as Sparkes could ascertain, had no links with the area nor the other people with stones.

Buy these stories to discover some of the theories and evidence as to what happened to the Lost Colony of Roanoke.

That's the big mystery. All of the usual suspects (attack by the Spanish, as happened with a French colony; attack by native tribes etc) would have left clues in the carnage. The fortifications would have been destroyed or burnt down. Instead it was all carefully dismantled and all traces lost. The Roanoke Colony, it would appear, did not leave in a hurry and they took everything with them.

To where is the big question now!

Fascinating, once again. I didn't know about the vanishing colony. You would think they would have found tools or something somewhere unless they took them all with them.

I only know about three of them before the Plymouth Rock one. The first Roanoke went home after a year. The second disappeared. The third, Jamestown, stayed and is still there now, I believe. Though I don't know what it's called now. I may be wrong!

The beauty of the Virginia Dare story, plus rest of her colony, is that it's all set up to be a big, dramatic tale, then the ending isn't told. No wonder she keeps turning up in fiction. It's like Matt from Death Note all over again!

I was under the impression that they all died. Didn't a lot of colonies die off, especially over winters? (I r not master of history >.>)

The Lost Colony of Roanoke

The first British colony in America disappeared without a trace. It's a myste... 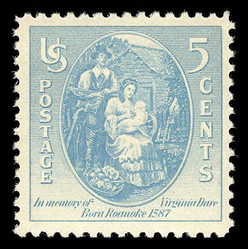 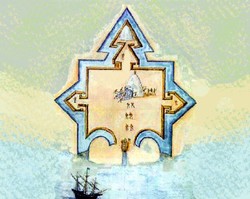 The Lost Colony of Roanoke

The first British colony in America disappeared without a trace. It's a mystery which has kept people guessing since the 16th century.
100%  20   13 JoHarrington
US History