What Is Vitamin B12?

What Is Vitamin B12?

Vitamin B12 is water soluble and a member of the vitamin B complex group. It was isolated from liver by doctors in the UK (Dr Lester Smith) and USA (Dr K. Folkers) in 1948. In 1964 Dr Dorothy Hodgkin received the Nobel Prize for her analysis of the vitamin's chemical composition. Vitamin B12 is the last "true" vitamin to be isolated.

It is the only vitamin to contain certain essential mineral elements. Unlike its fellow B complex vitamins, it can be stored in the body (liver) for some length of time.

What Does Vitamin B12 Do For You

Note: There are various theories that B12 could also be produced by the body, perhaps from intestinal bacterial activity. There is also the possibility that it is present in certain plants. It is found in comfrey, for example.

These theories have yet to be substantiated but they could explain why members of the many vegetarian communities that have thrived throughout the centuries have not apparently suffered from B12 deficiency.

B12 is a hardy vitamin resistant to most factors.

Severe deficiency causes pernicious anemia, the most dangerous form of anemia (basically, a shortage and malformation of red blood cells which means the heart must work harder to send more blood to the tissues).

During the 1920s doctors discovered that victims of pernicious anemia could be cured by feeding them large quantities of raw liver (up to a kilo a day!).

However, no one really understood why the cure happened or what was the magical factor in liver.

A diet of bulk raw liver is not exactly tempting, so scientists got to work on the daunting task of trying to isolate the "magic factor" from the thousands of substances in liver. The final breakthrough came in 1948 when vitamin B12 was isolated. After that time pernicious anemia became comparatively easy to treat.

The vitamin (only a small amount is needed because B12 is very potent) must be injected into the body because pernicious anemia sufferers lack an essential substance (known as the "intrinsic factor") which is necessary for the absorption of vitamin B12 into the body.

True vegetarians (vegans) can be at risk of B12 deficiency since all its proven sources are from foods of animal origin. However, because B12 is stored in the liver in large amounts that can last five years or more, vegans are rarely found to be deficient in B12. General symptoms of deficiency are tiredness, lack of "get up and go", loss of weight, poor appetite, pale skin.

The Australian recommendations are 2.0 micrograms daily, increasing to 3.0 during pregnancy and while breast feeding.

B12 injections are used for the treatment of pernicious anemia.

Sometimes supplements are advised for tiredness and as a general tonic if the patient is B12 deficient.

There is no known toxicity - though this is not an invitation to consume massive supplements which are probably totally unnecessary.

Nutritional supplements are more popular than ever, and most people take at l... 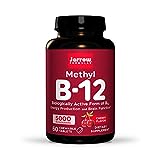 Vitamin D is a vitamin that is essential for good health. Without enough Vitamin D, your body cannot absorb calcium and phosphorus effectively. The results can be debilitating.
62%  10   4 Holistic_Health
Vitamins and Supplements

Nutritional supplements are more popular than ever, and most people take at least one. But are they doing any good?
Loading ...
Error!