Richard Wagner was a great German composer of the 19th century. He wrote a number of magnificent operas, such as "Tannhauser", "Lohengrin" and "Tristan and Isolde".

Long before the word "multimedia" was invented, Richard Wagner created amazing operas which involved and united all the musical, poetic and scenic arts. These operas gripped the attention of the 19th century public and are still pulling in the crowds in the 21st century. Let us look at Richard Wagner and some of his operas.

Richard Wagner was born in Leipzig. After postings with small orchestras in towns such as Konigsberg and Riga, and an unsuccessful marriage, he lived in Paris from 1839 to 1842, working as a journalist and doing hack work on operatic arrangements and unsuccessfully trying to get interest in operas which he was writing.

In 1842 he was appointed opera conductor with the Dresden Opera House and tasted his first success with the performance of his opera, Rienzi (1842). This, however, was followed by performances of his operas, The Flying Dutchman (1843) and Tannhauser (1845), which were failures.

Wagner became involved in revolutionary politics and, when the 1848 revolution failed, he had to flee Saxony and take refuge in Paris and then in Switzerland. It was not until 1861 that he was given permission to return.

In this period of exile his writing and staging of operas continued. In 1850 he staged his opera Lohengrin in Weimar through the help of his friend, Franz Liszt. In 1852 he began work on the Ring of the Nibelungs cycle of operas (writing both words and music himself). He then completed the first two acts of the opera, Siegfried (1857).

Ludwig II to the Rescue

His exile over, Wagner was free but impecunious. He had to flee Vienna to escape his creditors. In 1864 he was rescued by the recognition and support of the eccentric king Ludwig II of Bavaria, who provided him with the facilities to stage his opera, Tristan and Isolde in Munich in 1865 and then The Mastersingers (1868).

Ludwig's support also enabled Wagner to set up the Festival Theater in Bayreuth. This theater was designed especially to permit the performance of Wagner's Ring cycle, being large in size and equipped with mechanical apparatus to allow gorgeous scenic effects and transformations and other special effects (such as flights through the air) which were called for by Wagner's operas. The theater had the orchestra hidden away in a recessed pit (leaving a "mystic gulf" between the spectators and the stage) and had a superior sound (better acoustics) and feel to older, traditionally-designed opera houses.

The Theater opened in 1874 with a performance of the Ring cycle. Wagner's last opera, Parsifal, was also staged there in 1882. Wagner died in Venice, of a sudden heart attack, in 1883.

After his death, Wagner's second wife, Cosima, who was the daughter of Liszt, carried on the tradition of annual performances of Wagnerian operas and this tradition continues to this day.

He also wrote an opera cycle, The Ring of the Nibelung (1876) (the component operas being Rhinegold, The Valkyrie, Siegfried and The Twilight of the Gods).

The Heritage of Wagner

Music Drama, a Synthesis of All Art Forms

Before Wagner, the composer wrote the music and a librettist (another person) wrote the words. Instead, Wagner insisted on writing both the music and the words himself, and he closely supervised all aspects of the performances of his operas. This resulted in his operas (or, as he termed them, music dramas) should be a synthesis (combination) of all art forms, music, poetry, dance, mime and scenic effects.

Before Wagner, operas were built around arias and recitative pieces. Wagner replace this structure with leitmotifs ( or musical themes), which would recur throughout his operas, with leitmotif alluded to a particular character or a particular symbolic idea or theme

Wagner introduced an expanded orchestra. He used chromatic harmonies and pushed the limits of the traditional tonal system, anticipating the atonal music of the 20th century.

"Siegfried's Death and Funeral March" from Wagner's opera, "Twilight of the Gods"

Wagner on the Internet

Richard Wagner Archive
My idea is to collect and to display all kinds of material dealing with the German composer Richard Wagner.

Richard Wagner Quotes and Quotations
Nietzsche, Baudelaire, Twain and others speak about Wagner.

Verdi: The Genius Who Wrote Aida
Giuseppe Verdi is no doubt the greatest Italian opera composer of the 19th century. His operas have dramatic stories, vocal lines and orchestration, and are bound to sweep you up!

Brahms: The Genius Who Composed A German Requiem
In his personal life Brahms was a solitary figure who never married. But in music he was a master and one of history's greatest composers of symphonic music and songs.
Updated: 05/22/2015, DavidPaulWagner
Thank you! Would you like to post a comment now?
4

Many of us had our first taste of Richard Wagner's music by listening to his "Ride of the Valkyries" in the helicopter attack scene in Francis Ford Coppola's movie, "Apocalypse Now". Memorable!

Giuseppe Verdi is no doubt the greatest Italian opera composer of the 19th ce...

The homes of the composer of Madame Butterfly, Tosca and La Boheme, are now M... 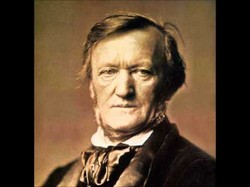 Giuseppe Verdi is no doubt the greatest Italian opera composer of the 19th century. His operas have dramatic stories, vocal lines and orchestration, and are bound to sweep you up!
33%  2   4 Maritravel
Opera 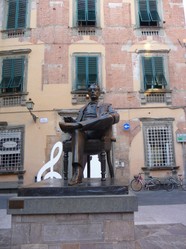 The homes of the composer of Madame Butterfly, Tosca and La Boheme, are now Museums open to the public. Visit them and see and hear an opera in its exquisite lakeside setting.
Loading ...
Error!