Pyotr Ilyich Tchaikovsky was a Russian composer of the Romantic era. He wrote music for the ballets, Swan Lake and The Nutcracker, symphonies, fantasies, operas, and much more.

Tchaikovsky, the great Russian composer, is renowned for his melodic and emotional music for ballets such as "Swan Lake", "The Sleeping Beauty" and "The Nutcracker" and his six symphonies (such as the "Pathetique" Symphony). These -- as well as works such as the "1812 Overture" and the "Marche slave" -- are always popular with the general public. Tchaikovsky was a remarkable Romantic composer and the first Russian classical music composer to establish a high reputation in Western Europe.

Born in 1840, Tchaikovsky studied law but then studied music under Anton Rubenstein at the St. Petersburg Conservatoire, where he later became professor of harmony.

He was initially influenced by the Russian nationalist group of composers called the "Mighty Five" (Cui, Mussorgsky, Borodin, Rimsky Korsakov and Balakirev) and his music had a strong Russian flavor, based in part of the inclusion of Russian folk music themes. But he then came under the influence of German and especially French classical composers of the period and his music took on a more cosmopolitan flavor (though it still had an unmistakably Russian style).

In 1877 Tchaikovsky married Antonina Milyukova but the marriage was a disaster and they separated after a fortnight.

Later in that year he began to undertake music tours (as a conductor) of Western European capitals including Paris, Berlin, Dresden, Hamburg, London and Prague. These tours were largely underwritten by a wealthy widow, Nadezhda von Meck, who admired his music. She continued to support him financially for many years. Tchaikovsky and his benefactress conducted a correspondence from 1876 to 1891 but, strangely, never spoke.

In 1891 he visited the United States and gave concerts in major cities, with his first concert at the Carnegie Hall in New York City. In the later part of his life he lived at Klin near Moscow and took holidays in Italy.

Tchaikovsky died suddenly in 1893, officially of cholera but some have suggested that his death was the result of suicide. He had suffered from personal crises, depression and hypersensitivity during much of his life, which critics ascribe to the early death of his mother and to the failure of the one major relationship of his adult life.

Dance Of The Sugar Plum Fairy

From the ballet "The Nutcracker" ( by P. I. Tchaikovsky)

Popular favorites among the general public include the ballets (mentioned above), the 1812 Overture and the  Marche slave .

The Heritage of Tchaikovsky

Tchaikovsky was one of the great composers of the Romantic period in music. His musical works include wonderful tender melodies -- which sometimes are full of pathos -- and are strong on personal and often very emotional expression.

Critics have sometimes attacked Tchaikovsky's music for having too much emotionalism. Harold C. Schonberg of the New York TImes dismissed Tchaikovksy's work as "lacking in elevated thought" and not following Western classical music principles (on harmony, rhythm and structure) strictly enough. However, for many years now Tchaikovsky has been firmly regarded as one of the great composers.

Tchaikovsky on the Internet

Tchaikovsky Research
This website "devoted to the latest research into the life and works of Russia's most popular composer".

Liszt: The Genius Who Composed the Hungarian Rhapsody
Franz Liszt was a Hungarian composer and pianist of the Romantic era. Some consider him the greatest virtuoso pianist of all time.

Debussy: The Genius Who Wrote Clair de Lune
Claude Debussy is the foremost figure in impressionism in music. He introduced new kinds of melody and harmony, which often suggest oriental music.

Wagner: The Genius Who Composed Tristan and Isolde
Richard Wagner was a great German composer of the 19th century. He wrote a number of magnificent operas, such as "Tannhauser", "Lohengrin" and "Tristan and Isolde".
Updated: 05/21/2015, DavidPaulWagner
Thank you! Would you like to post a comment now?
3

Tchiakovsky is one of my favorites. Great article. I look forward to reading the other musician articles. 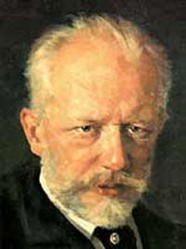 Tchaikovsky: The Man and His Music
100%  11   12 DavidPaulWagner
Classical