Claude Debussy is the foremost figure in impressionism in music. He introduced new kinds of melody and harmony, which often suggest oriental music.

Impressionism is not only a movement in art and painting; it is a movement in music too. The greatest of the impressionists in classical music is Claude Debussy. His beautiful and often dreamy music, which uses new kinds of melody and harmony based on the whole note scale, regularly evokes the oriental or the antique.

Debussy was born in 1862. He took piano lessons from the age of 7 and began studying at the Paris Conservatoire (conservatorium of music) at the tender age of 10. One of his teachers there was Cesar Franck. While there, Debussy began defying the standards of the music establishment by his liking for dissonances and unapproved intervals.

In 1879 he visited Italy, Austria and Russia under the patronage of Nadezhda von Meck, who earlier on had sponsored the Russian composer, Pyotr Ilyich Tchaikovksy. He gave her children piano lessons and gave private concerts. He also became a friend of Monsieur and Madame Vasnier who introduced to influential writers of the period, such as Paul Verlaine.

Debussy won the 1864 Prix de Rome (a scholarship for promising artists, sculptors, architects and musicians) with his composition L'enfant prodigue (The Prodigal Son). He spent four years studying in Rome (1885–1887). His compositions of this period were criticized by the establishment with the put down that he was "courting the unusual".

In 1888-9 Debussy visited Bayreuth, where he was influenced by Wagnerian opera, especially its sensuousness and its strong harmonies.

In 1889 he attended the Exposition universelle in Paris where he heard for the first time a Javanese gamelan orchestra. This music with its pentatonic scale was to influence his later compositions.

From the early 1890s Debussy became associated with the Symbolist movement. He attended many of the get togethers organized by the Symbolist poet, Stéphane Mallarmé. He wrote the Suite bergamesque (1890), which included the ever-popular piece, Clair de lune (Moonlight). He also wrote the symphonic poem, Prélude à l'après-midi d'un faune (Prelude to the Afternoon of a Faun), which was inspired by Mallarmé's poem, L'après-midi d'un faune.

in 1899 he wrote Nocturnes (which comprises three studies, Nuages, Fêtes, and Sirènes).

In 1902 he released his only opera, Pelléas et Mélisande, which was based on a play by Maurice Maeterlinck.

In 1903–1905 he wrote La Mer (The Sea) and in 1908 his well-known Children's Corner suite (including the Golliwog's Cakewalk), which he wrote for his daughter, Claude-Emma.

In 1910 came Preludes and in 1912 he wrote the ballet, Jeux (Games), written for Sergei Diaghilev's Ballets Russes.

He died in 1918 after a long battle with cancer.

The Heritage of Debussy

Debussy was not only the leader of the impressionists in music but was also a composer who foreshadowed modern, atonal music.

According to Rudolph Reti, Debussy "established a new concept of tonality in European music". Reti  gives as examples Debussy's use of parallel chords, bitonal chords, whole tone and pentatonic scales, and unprepared modulations.

Debussy on the Internet

Claude Debussy
Debussy's life and works with interpretations of each.

Debussy at the piano
This project is an attempt to understand Claude Debussy as a pianist.

Chopin: The Genius Who Wrote the Revolutionary Etude
Frédéric Chopin, the great Polish-French composer and pianist, wrote all sorts of romantic music for the piano -- mazurkas, polonaises, nocturnes, ballades, and more.

Liszt: The Genius Who Composed the Hungarian Rhapsody
Franz Liszt was a Hungarian composer and pianist of the Romantic era. Some consider him the greatest virtuoso pianist of all time.
Updated: 05/21/2015, DavidPaulWagner
Thank you! Would you like to post a comment now?
5

Me too, Debussy - La mer is a beautiful and powerful work of art, I love ocean, sea as this piece highlights the power oh the almighty power of water, however peaceful and serene it can be it is the mightiest force indeed.

Wow, what an amazing place to listen to (or, should I say, experience) 'La Mer'!

I love 'La Mer'! I remember once going to the Isle of Lewis, in the Outer Hebrides, where the sea crashed upon the rocks with an almighty roar. I stood on the cliff-top above, just gazing down.

On my Walkman (yes, showing my age here) was Debussy's 'Dialogue Between the Wind and the Waves'. It's been years, but I still get goosebumps recalling that moment. I was so THERE.

I love 'La Mer'! I remember once going to the Isle of Lewis, in the Outer Hebrides, where the sea crashed upon the rocks with an almighty roar. I stood on the cliff-top above, just gazing down.

On my Walkman (yes, showing my age here) was Debussy's 'Dialogue Between the Wind and the Waves'. It's been years, but I still get goosebumps recalling that moment. I was so THERE. 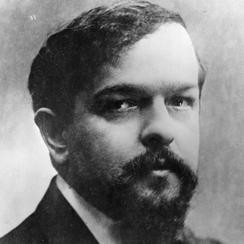