Walt Whitman and Bolton Socialists may seem an unlikely combination. Yet every May Whitman's admirers walk on the moors to celebrate the birthday of the great poet.

As Paul Salveson explains in his book, "With Walt Whitman in Bolton" , Walt Whitman never came to Bolton, a small town in the North of England – but the American poet said that in spirit he was as one with ‘those splendid Bolton fellows’.

So every year Walt Whitman’s birthday is celebrated by Bolton Socialist Club on the nearest Saturday to May 31st. Everyone is welcome to this unique poetic event, marking not only the great man, but his philosophy of ‘loving comradeship’, still alive today in Bolton.

How it All Began - Walt Whitman and the Eagle Street College 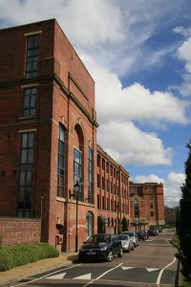 Wallace and Johnston were the cornerstones of a study group known as The Eagle Street College. The ‘College’ was in effect Wallace’s tiny terraced house where lower middle-class members of Bolton society met to discuss Socialist ideals, sexual politics, literature and art. 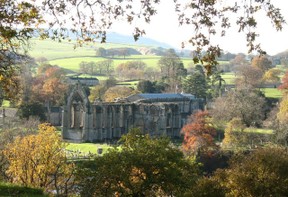 Whitman, with his love of the outdoors and celebration of humanity and nature, became a Socialist hero to the Eagle Street College.

The Book Which Describes the Whitman Walks History

By a member of the Bolton Socialist Club

This book which describes the history of the Whitman Walks is only available from Amazon UK to date:

With Walt Whitman in Bolton: Spirituality, Sex & Socialism in a Northern Mill Town by Paul Salveson 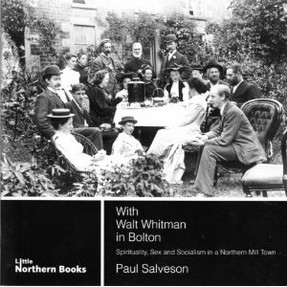 In the 1890s British Socialism was a living philosophy, particularly in the industrial North. The Independent Labour Party was the political leading light and Wallace was a member of the Bolton branch.

He corresponded with influential figures, including Keir Hardie and Robert Blatchford, editor of the Socialist newspaper, Clarion.

Through these contacts Wallace helped spread Whitman’s poetry amongst the Left and many important figures visited him. Whitman became extremely influential amongst British Socialists 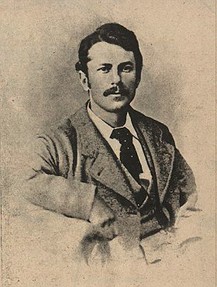 Part of Whitman’s appeal was his seemingly open discussion of sexuality in his poetry, in particular the Calmus poems.

Carpenter lived openly with his gay lover, encouraging within the Bolton group an open-mindedness about sexual and spiritual matters. 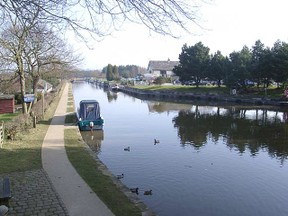 Then Wallace moved to the semi-rural village of Adlington near Bolton and  the celebrations took on the added joy of walks on the moors, each member wearing a sprig of lilac (Whitman’s favourite flower), reading their favourite Whitman poems and drinking spiced claret from a Loving Cup, a gift from Whitman.

Dr Johnston visited the poet in America in 1890. Johnston also met friends of Whitman’s during his stay, forging long-lasting links between American and Bolton Whitmanites.

Wallace also visited Whitman in 1891 and was greeted by Whitman who joked, “So you’ve come to be disillusioned have you!”.

After the First World War women joined the Bolton group which had been predominantly male. They took an active part in running the group and organising the walks.

As Salveson has pointed out, the First World War devastated the Socialist movement in Britain, many of the prominent activists being killed. By the mid-1950s the Bolton Whitmanite meetings and Birthday Walks had faded away.

Books about the History of British Socialism

In the 1980s the author, Paul Salveson, and members of Bolton Socialist Club, began research on a local writer, Allen Clarke.  He had been a friend of Dr Johnston.  Whilst reading through Clarke’s writings Salveson discovered an account of  the Whitman Day celebration in 1913. 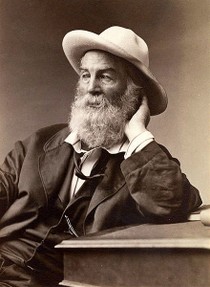 It was this discovery that led, happily, to the revival of the Whitman Day Walks.  They were revived in 1984 and have been an annual event ever since.

Further research into Bolton Library's Whitman Archives brought to light Walt Whitman’s letters to the group, and other material that regularly attracts academics from the States and Britain.

The links between Bolton and Whitman are very much alive thanks to the Bolton Socialist Club.

With Walt Whitman in Bolton: Spirituality, Sex and Socialism in a Northern Mill Town by Paul Salveson (Little Northern Books, 2008)

For information about The Walt Whitman Walks in Bolton please see the Bolton Socialist Club website.

Yes, I agree - and the countryside is beautiful up there.

Nice way to celebrate Whitman with these walks. Reading poetry and drinking wine while enjoying nature. I like the sound of that :)

Katiem2, thanks so much - glad you enjoyed it. I agree, those times were fascinating. challenging on all fronts!

What a delightful and engaging read to take my mind of the everyday task at hand. Brilliantly delivered. I sometimes feel I would be so comfortable and at home in such a time or era. )K

Take a guided walk around Mayfair and follow the brilliant Irish author, Osca... 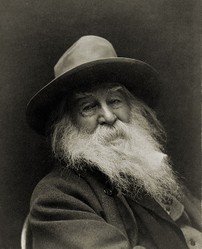 Take a guided walk around Mayfair and follow the brilliant Irish author, Oscar Wilde as he stops off at his club, visits his tobacconist and shops for green carnations.
28%  2   3 KathleenDuffy
Age of Enlightenment