So, what does SquidRich like to write about and how did he come to be doing it online? There is one person who he cites as his inspiration and mentor.

Originally from a small, country town in England called Godalming (pronounced God-all-ming), my life changed dramatically when I made the decision to be with the love of my life and move to the USA.

It was 2000 and giving up a 20+ year career and moving overseas was a daunting and scary prospect. Apart from what Bonnie, my future wife, had told me, I knew next to nothing about life in the States or what to expect. Luckily, I had a plan in place: I wanted to complete my education and try to obtain a degree. With my banking background and that degree, my hope was to be in a position to apply for a good job.

It was while at the University in Akron that I discovered my love for writing. As a teenager in England, writing and school were a chore. Later in life, and learning how better to express myself, it soon became a joy.

Here, There and Everywhere

Completing my studies and gaining that degree, searching for that elusive job hit many brick walls. That is when a decision was made to try our luck online.

eBay became my site of choice for several years as both Bonnie and I began a "career" at the auction site. It was successful for a time, especially when Bon returned to one of her favourite activites: creating her own crochet designs. People loved them, and when Etsy came online I set up a shop for her there. But like all home businesses, promotion was a key element. That is when she discovered Squidoo.

Starting off mainly as a tool to showcase her crochet, it soon became her addiction. Finding a site where she could utilise her creative side and continue to crochet was a match made in heaven. Soon she had me sucked in too, as I helped out where I could with suggestions for lens content. Never fully an active member myself, we became a Squidoo team. She did all of the creative side and I did the grunt work.

It was at this point that she suggested I open my own account.

Although I opened a Squidoo account at the end of 2008, it wasn't until a year later that I really became involved.

There was one article I had always wanted to write, one that I never previously had the courage to put into words. A dark period in my life which seemed all too personal to lay bare online. But, with a lot of encouragement, I began putting my thoughts together and soon my first lens went live: Living With Leukemia.

I was touched and bowled over by the reaction to the lens. Not long after publication, I was astounded to learn that it had become Lens of the Day. This was my spur to carry on writing and hopefully earn a few dollars doing so.

With a love for popular music, especially music from the 1970s, Waxing-Lyrical was born and I have not looked back. Just to confuse matters, I'm SquidRich everywhere else, but I still like to wax lyrical if I can!

To My Mentor and Angel

Waxing-Lyrical sounds much more fascinating to me, especially these days!

So pleased to find you here as well, SquidRich ;-) PS: I lived in Godalming from age 3-10, so it truly is a small world.

Thanks for sharing your wife's leukemia story. My son had the disease but Thank God he is doing fine. Our prayers can help all those suffering from this disease.

It is so nice that you seem so happy and have found something you truly enjoy doing. I have not read your article yet on Squidoo about living with leukemia, but plan to soon. I can't even imagine how difficult that must be. It sounds like you have a fantastic, loving wife and you two make a great team. I look forward to learning more about you and reading your articles. All the best to you!

Hi Rich....although I knew your online story...it felt like I was sitting in a friends living room hearing you retell it :) You are a good writer, and glad to see how you do branch out and try new things.

Rich I cannot tell you how pleased I am that you have joined Wizzley. And of course, I do know Godalming and was there just a few months back :)

You are a wonderful, kind and generous individual Rich and that shines through wherever I find you!

You're a nice British gentleman no matter what you choose to call yourself! : )

My mentor is much more good looking! She is Grandma Barb on Squidoo =)

What a great page! Thanks for sharing about you and your life. God Bless you.

Are you looking for new sites to make money writing online? Writedge and Dail...

Why did I start writing on Wizzley? I was looking for outlet for my writing ...

Who or What is WordCustard?

A writer and designer with a love of all things creative 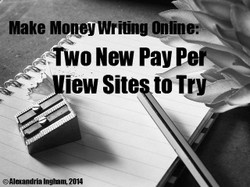 Are you looking for new sites to make money writing online? Writedge and Daily Two Cents could be just the ticket.
100%  20   9 Telesto
Online Writing 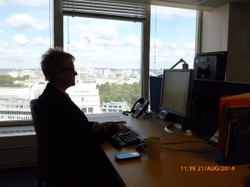 Why did I start writing on Wizzley? I was looking for outlet for my writing without any financial outlay, and I didn’t want to go back to poorly paid sites.
100%  31   28 WordCustard
Online Writing 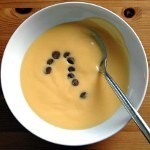 Who or What is WordCustard?

A writer and designer with a love of all things creative
Loading ...
Error!