Weird and Gross Ingredients in Food

Do you know what is in your food? Does the label have a lot of long and confusing ingredients listed? Here's some information that might have you thinking twice about what you eat.

I was doing some surfing online the other day and I came across an article on various ingredients in food that maybe we would rather not know about. The manufacturers seem to have found a way to put all sorts of vile ingredients in our food but have used another word for what it actually is as way to confuse the consumer.

Just one of them made me want to throw up and the rest of the list had me wondering if I'll ever eat anything again that comes in a box, a bag, a can or a jar. Yes, it is all about what can be found in processed foods in order to make them prettier, tastier and to last longer!

The author of Food Additives: A Shopper's Guide To What's Safe & What's Not, Christine Hoza Farlow, says that almost all packaged foods, even so called "health foods," have additives in them, and many are harmful or inadequately tested (See link below for more information). 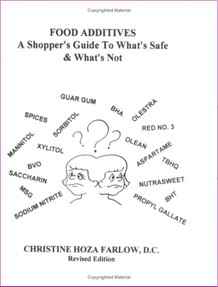 Here is an example of some of the food additives found in food that Christine Hoza Farlow, talks about in her book:

Aspartame, also known as NutraSweet and Equal, breaks down into substances called excititoxins which excite nerve cells in the brain to death. Ninety-two different symptoms from aspartame were reported to the FDA, including headaches, dizziness, seizures, speech and visual impairment, blindness and even death. It can cause symptoms which mimic the symptoms of numerous diseases, including Alzheimer's, epilepsy, chronic fatigue syndrome, depression, multiple sclerosis, Parkinson's, Gulf War Syndrome and mental illness. Even people who don't experience symptoms can suffer long term damage.

Carrageenan, a seaweed derivative often found in "health food" products, is a suspected carcinogen; it may contain hidden MSG.

BHT, legal in the U.S. but banned in England, is associated with liver and kidney damage, behavioral problems, infertility, weakened immune system, birth defects and cancer.

Brominated Vegetable Oil (BVO), an ingredient in a popular sports drink, and pediatric electrolyte replacement beverage is considered unsafe by the FDA, but can still lawfully be used until the FDA takes further action. It is linked to major organ system damage, birth defects and growth problems.

MSG, is an excitotoxin which can excite nerve cells in the brain to death. Even people who don't experience reactions from consuming MSG can suffer long term damage. MSG can be hidden in many different ingredients, including broth, hydrolyzed protein, barley malt and whey protein.

Nitrates and Nitrites, powerful cancer-causing agents, are considered dangerous by the FDA, but are not banned because they prevent botulism. These are only a few examples of the many harmful substances legally added to our food.

The Most Gross Ingredients in Food 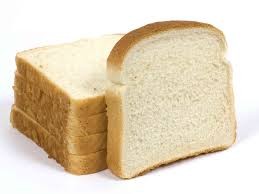 Okay, we all know that processed and fast foods don't have a lot of nutrition but shouldn't the food at least have ingredients we can trust? Listed here is a number of ingredients that may make you gag but it is important to note that if food contains more than five ingredients, has a list of unpronounceable words then maybe it is a good idea to stay away from them and either make the food at home with ingredients you know or buy organic.

Fertilizer in Bread!
I can understand that fertilizers would be used on the grain crop but I wasn't expecting to find it included as a common food additive in my bread. Check the label on the loaf of bread you buy and if it lists ammonium sulfate then it contains a fertilizer as an ingredient. This chemical helps provide nitrogen to the yeast resulting in a more consistent product. One place where you will find this ingredient is in the bread at Subway!

I checked on Wikepedia and they stated the following: "a food additive, ammonium sulfate is considered generally recognized as safe by the US Food and Drug Administration, and in the European Union it is designated by the E number E517. It is used as an acidity regulator in flours and breads."

What's in Your Candies and Snacks 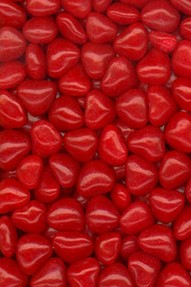 Are you a vegetarian/vegan but you still eat processed snacks? Then you will be horrified to learn that many snacks contain beef fat. Because it is considered a fat, it will not be listed separately and only listed as oil so you are taking a gamble because there is no way to tell what kind of fat is included in the ingredients.

Do you love those red cinnamon hearts you can find around Valentine's Day? Or perhaps you like to eat other candies or sodas that have a red color. So you might be surprised to learn what that food coloring is actually made from: coal tar! It is listed on the United Nations lists of dangerous good but it can still be found in some foods.

According to Natural News if you eat any orange or yellow artificially-colored products including sodas, cheese-flavored products, flavored chips, pickles or a myriad of other foods and beverages you may find these foods have an ingredient derived from coal tar. The industrial waste-derived coloring chemical tartrazine is a common ingredient in all these foods, underscoring the need to read food labels religiously.

Is That a Hair in My Food?

Actually yes, human hair or duck feathers can be found in bread. The ingredient will be listed as L-cysteine or cystine, and it is used as a dough conditioner. Artificial cysteine is available but evidently the cost is prohibitive for bakeries to use.

Our friends at Wikipedia state that "Cysteine, mainly the L-enantiomer, is a precursor in the food, pharmaceutical, and personal care industries. One of the largest applications is the production of flavors. L-cysteine is also used as a processing aid for baking".

Waiter There is a Bug in My Soup? 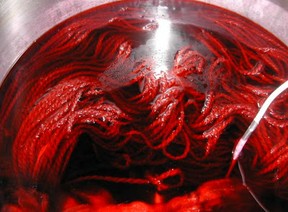 This is one ingredient I have to say that I remember as a kid but I thought it had long ago been removed as a food additive. But apparently not!

Used for red food coloring, thousands of dried insects are boiled in water to extract the carminic acid. This liquid can then be turned into a dye using a variety of treatments.

Often listed as a "natural color", this ingredient actually called cochineal and is never listed for what it really is, thereby disguising the fact that there are bugs in the food product! 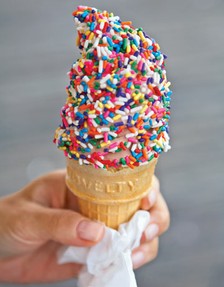 Did you ever wonder how they get that shiny coating on candies like skittles or the sprinkles on cupcakes and ice cream sundaes?

You aren't going to believe this one - its beetle juice! Using the secretions from the female lac beetle to get a substance known as shellac which is very often used as a wood varnish!

Back to Wikipedia to find that "Shellac is edible and it is used as a glazing agent on pills and candies in the form of pharmaceutical glaze (or, confectioner's glaze). It is also used to replace the natural wax of the apple, which is removed during the cleaning process. When used for this purpose, it has the food additive E number E904".

Yes, even chewing gum and bubble gum has some interesting ingredients. Using sheep secretions which is the oil inside the sheep's wool to make a substance called lanolin. Check the ingredients on your favorite gum and if it lists "gum base" you can almost be certain that it is actually lanolin. This food additive can also found in Vitamin D3 supplements. 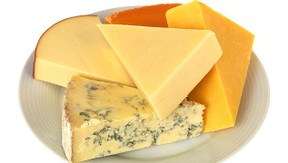 In the United Kingdom, cheese have to be labeled as either suitable or not for vegetarians. No so much anywhere else though.

Many cheeses are made from rennet, which is actually the fourth stomach of a calf.

This was one ingredient that really surprised me because I thought all cheese were only made from milk; either cow, goat or sheep.

Next time you are looking to buy cheese, check the label.

This one had to be a joke, right! But no, sand can be found in Wendy's chili but you won't find it listed as an ingredient. Instead the food additive is called silicon dioxide. It is used as an anti-caking agent which tells me that it might be more of a way to make the chili last longer!

Again, Wikipedia tells us that "Silica is a common additive in the production of foods, where it is used primarily as a flow agent in powdered foods".

Do You Read Labels Before You Buy Food?

No great fan of processed food here either, but I have to admit to cheating occasionally with microwave rice and pouch sauces.

Thanks for reading my page. I appreciate your comment and I agree. Better to eat food in its original form!

I don't trust the FDA and I stay away from as many processed foods as possible. It's really frightening to think of what we are eating.

Are We Eating Too Much Sugar

There is so much hidden sugar in many of the foods we eat. Sugar is in everyt...

There are many reasons to do a juice fast including an opportunity for weight... 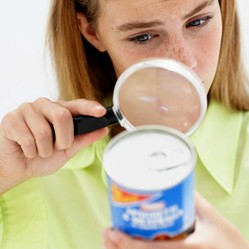 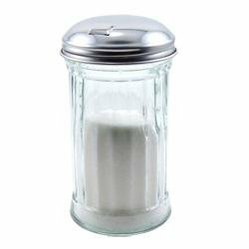 Are We Eating Too Much Sugar

There is so much hidden sugar in many of the foods we eat. Sugar is in everything from soft drinks to sports drinks as well as donuts and bagels!
29%  3   3 Gardenbella
Other Diet & Nutrition 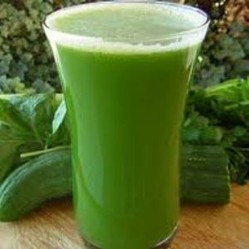 There are many reasons to do a juice fast including an opportunity for weight loss, detoxification and spiritual awakening.
Loading ...
Error!