Westminster Abbey is one of London’s favourite tourist attractions. Close to the lovely Millbank, Lambeth Palace, Trafalgar Square, and of course, the Houses of Parliament, everyt

Westminster Abbey. Not only is it one of London’s favourite tourist attractions, it is also one of the most beautiful churches in a city full of beautiful churches. It is a quiet haven amidst the hustle and bustle of city life, with the Abbey precincts and College Gardens stretching south as far as Great College Street, you could be forgiven for forgetting that you are in the centre of London. The Abbey itself and the beautiful St Margaret’s are both stunning, but in very different ways. The Abbey dates back to the 10th century, although it has undergone much building work since. Well worth a visit.

Westminster Abbey is situated just to the west of the Palace of Westminster (or, as it is more commonly called, the Houses of Parliament).  The nearest underground station is Westminster - you can see the Abbey from most of the exits, it is across Parliament Square, and it is one of Central London’s most popular tourist attractions.

It is also, since 1066, the home of coronations for British monarchs – William the Conqueror was crowned here on Christmas Day in 1066.  The Abbey is a Royal Peculiar, which means that, unlike most Anglican places of worship, it belongs directly to the monarch, rather than a diocese or province.

As long ago as the 10th century, around 960 AD, Benedictine monks were brought to a building on the site by the then Bishop of London, although the original building has gone.  By 1065, Edward the Confessor had a new Abbey had been built on the site and consecrated, although only a little of this remains.

Henry III rebuilt the abbey in the Gothic style, in honour of Edward the Confessor (St Edward).  Henry wanted to be buried near to his beloved Saint.  Some of the Abbey was based on French design, the cathedrals at Reims, Amiens and Chartres being major influences, but the single aisle and long nave were very typically English.  Similarly, the arches, with their elaborate mouldings, are very typically English.  At almost 102 feet high, the Abbey has the highest Gothic vault in England.   When Henry died in 1272, the Abbey was not complete, the Norman nave was not replaced until over a century later.  Work on the western section of the nave continued for about 150 years.

It wasn’t until 1503 that Henry VII started work on the new Lady Chapel, to replace the one built in the thirteenth century.  This new build is in a completely different style from the rest of the Abbey - built in the Perpendicular style.  Why?  We don’t know.  There is even doubt about the identity of the architects.

In 1745, the West Towers were completed, in Portland Stone, with Purbeck marble used for the floors and walls.  More building and restoration took place in the nineteenth century.

Like the nearby Catholic Westminster Cathedral, the Abbey also has a famous choir, made up of 30 boys from the Choir School, and the Lay Vicars - 12 professional adult singers.  The choir sang at the wedding of Prince William to Kate Middleton in 2011.  The choir tours overseas and participates in a number of broadcasts and recordings. 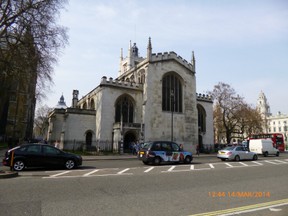 The organ at the Abbey was installed in 1937, although there has been an organ there since at least the fourteenth century.  Organ recitals take place every Sunday, and there is a summer organ festival every year, which is attended by organists from across the world.

As a rule, the Abbey is open to the public from Monday to Saturday, but it is worth checking on 020 7222 5152 prior to visiting, to check that nothing will prevent your visit.  The usual entry for adults is £18, although family tickets are available, and reductions for other concessions.

St Margaret of Antioch (St Margaret's) is close by.  Details of when the church was originally built are not clear, however, by the end of the fifteenth century, the whole church was in need of repair and reconstruction - work started in 1482, and was finished in 1523.  It is well worth a visit, even if you are not going into the Abbey itself.  Like the Abbey, St Margaret’s is also a Royal Peculiar.

The is a café at the Abbey, or there are restaurants and cafes within about ten-fifteen minutes walk, either along Victoria Street, or up near to Trafalgar Square, in The Strand.

It's a beautiful building with amazing history. So much to explore, so short of time ... Thanks for the tour!

Yes I'm working on that.

I was going to say that you seem to have the style for a guide book writer. There is always scope for good walking guidebooks. I agree that photography is not always a writer's strong point. It is not mine. Have you thought of teaming up with a photographer?

Thank you! My plan is to do lots of London walks and write books about them, and this is my starting point. I just need to improve my photography (am trying) because there are so many things to photograph that aren't regularly seen.

Hi again Kathleen. I actually think the entry fee is a bit steep, but I suppose they have huge overheads. Try St Margaret's, it really is lovely, and very peaceful. Then do the Abbey.

There is great scope on Wizzley for someone who knows London to write about it. You are obviously well informed and write clearly and informatively.

Hi Mira, thank you. I am planning on going down there later in the week to get some more photographs.

There were huge lines when I visited London in 2011. I didn't get to visit it. Hopefully next time I'll get to spend more time in London. Nice description, by the way, but as last time, I'd say I'd love to see more photos :) 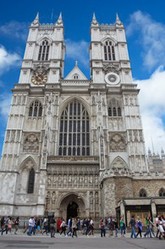 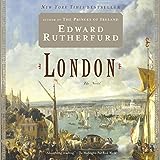