What Is The Best Time To Publish Online?

We proof-read it.
We pimp it up with visuals.
We suggest products to buy.

We inform.
We entertain.
We want to show the world.

What we do before we publish

There are a lot of things that we undertake before we get to the stage where we are ready to publish. These tasks roughly fall in this order:

Is it time to publish?

Well we've done everything we can.

We have undertaken our parental duties from conception to birth.

But is it the right time for our 'baby' to be born?

There is only ever one right time, and that time may not be now.

But what else should we do before we publish?

We must prepare the environment into which it will be born. We must:

Once all this has been prepared - is then the best time to publish?

When is the best time to publish?

The best time to publish is certainly not before all of the above has been completed and the environment is ready to accept the publication.

There is one more thing to consider though.

Where do I live?

Or more to the point, where does my audience reside.

Now, it may not be as pressing a question for those that live and publish in the US.

Unless, of course, you target an audience outside of the US. But for us non-US residents there is a crucial aspect of publishing that we must consider.

Is my audience awake.

You may not think this to be crucial, but in order to give our baby the best start in life, which we all want, is to publish at the most appropriate time for it to be accepted into the bosom of our following, whilst the majority are available to 'coo' and 'ahh' at it's arrival.

The initial buzz that surrounds it can make or break its popularity. If you would like to go viral, the only way is to get the 'buzz' all in one go.

This is particularly true if you write about 'buzzing' subjects. You will get nowhere if you publish too late. You have to publish at the right time.

Get giddy on the carousel of books

So, what does that mean. For the majority of us that means publishing for the US time-zones. From the UK it is not worth publishing before 4:00 pm. From Australia and New Zealand that means not before 9:00pm roughly. You can do the math for yourself.

SO, what is the best time to publish?

Seriously, the best time to publish is when you have completed all tasks and when your audience is ready and available.

What is the best time to publish?

Now is the best time to publish!

I convinced you then B, (can't bring myself to call you Buttonhead!).

Great points! It's important to consider your audience: Who they are, where they are, and when they are most likely to be online.

@wry - RSS feeds are easy, you just set them and go. The ultimate in 'passive' promotion. If you would like any assistance I am happy to help.

Very true, and I do see your point.

I really don't do enough (anything) with RSS feeds and do need to start using them *Sigh* after 324 other projects!

@wry - our brand is the single most important aspect in our online lives. I know that once ones brand is established much follows on. But for those just starting out, or without an online brand, as yet, there are little aspects that can help the brand along. Replying to comments, establishing a rapport, making insightful observations, sharing experiences, helping others, being proactive not reactive: these are a few of my favorite things - blast! - now that song will be in my head all day.
Just giving little pointers that may assist those less established than ourselves not only helps them, but assists everyone that may not have thought about whatever.
As for websites, the RSS feeds need to supply the information at an appropriate time for their audience, otherwise crucial updates could be missed.

I do see your point, Humagaia. Although I've found that due to the name I've created for myself here and on other revenue sharing sites, I have enough followers to garner comments whenever I post a new article.

When I post on my own websites, if they're new and I'm not posting for comments but for SERPs, I generally don't get (non-spam) comments anyway.

(cont. to be appended to last comment, which became too long)
However, your comment does imply that you consider that planting in the spring has a positive effect on maturation around Christmas time.
You follow the mantra that timing is important, maybe without realizing it.
Evergreens need assistance, just as do the annuals, biennials, and deciduous plants.

@Wrylilt - a valid point that I should have addressed. Thanks for giving me the opportunity to redress that.
Even when one writes evergreen content, as I do also, the way that one plants ones 'tree' in the first place can have a significant impact on its growth and longevity.
As we know, search engine indexation is based on words, and now the mantra is 'quality content' and 'long tail keywords'.
What better way to achieve content than to have it produced by others for you, and for you to increase relevance and long-tails, than by interaction with contributors through comments.
To get the best start for ones evergreen is to plant it in the right place, at the right 'time of year', with the right nutrients to feed it.
Publishing at 'the wrong time' can affect the initial nutrient supplementation adversely.
Publishing at 'the right time' can cause the pollinators to arrive and for them to instigate a 'buzz' that generates a discussion, adds content, allows you to add more content, increases related words (from the real world, rather than from ones own 'keyword mentality') and the necessary long-tails, causing social media interaction which in turn alerts the search engines, and influences their judgement on the beauty of your seedling.
Many of my evergreens have benefited profoundly from the comments generated in their first flush of growth.
Most commonly this is due to content, provided free by the contributor, being indexed for word combinations that had not been included in the 'miracle grow' that I had provided.
Had I published 'at the wrong time' much of that interaction would have been usurped by others, following later in the tides of time.
Being let loose on the world in a forest, where every new germination strives for the light from darkness, is augmented by ensuring that the maximum light falls upon the leaves of your content.
Publishing 'at the right time' gives that maximum opportunity for the light to penetrate through the canopy to your leaves, so that they can thrive, rather than be overshadowed by others in their quest to grow into the Sequoia that should be the destiny for your seedling.
Getting to #1 is the name of the game, to maximize the earning potential in anything we do.
Achieving #2 to #10 is OK, but does not come close to the potential that can be earned, by being at #1.
If you can get to #1 without considering the possibility that timing is important, then you have done well......continued in next comment.

I prefer to write evergreen content so I don't have to worry about what time of day is best - and if I write something for Christmas for instance, I like to write it months ahead so the SEs are more likely to send me hits.

@H_H - interesting + helpful, I'll have to split this one in two. It was only meant to be interesting or helpful. I could have got 1 closer to my 10% raise target (50 Wizers).
My advice was taken by me long before I gave it to you and other readers.
And get buying, I need the money! 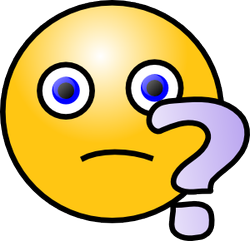