A brief introduction to YouTube and how to promote your specific brand.

YouTube is a very popular video sharing site. It is considered a useful free marketing tool that you should use wisely to promote your own brand or online presence through video. What follows is a step by step approach to set you on the right path with YouTube.

Well YouTube is a video uploading site that now acts as a search engine. Often referred to as the second largest search engine below Google. It started out as an independently owned video sharing site until Google acquired it for over 1.5 billion dollars, an investment that has paid off considerably. Seeing as Google has invested more money into the site now and increased video size and bandwidth limits which the site really needed for it's exponential growth.

Youtube is filled with junk like most sites. In most cases at present it is up to users themselves to flag and report copyrighted videos and the junk that looks like spam. Since Google bought YouTube a few years back there have been many Youtube partners who have began making money with their individual YouTube video channels and this has increased the overall income of Google as well as the many partners who create video content specifically for YouTube. Searching the site you can find almost anything. Just like a regular search engine but for videos. Current news as it happens is often posted as video clips which are taken from news networks and official music channels house official music videos from the worlds top bands.

People who have hobbies are also gathering quite frequently now on YouTube than ever before. Mainly as a direct result of Internet marketers who tell others to promote your knowledge in video form and with good reason. As the same knowledge can be relayed in infinitely different ways from each individual in video format.

Of course there will be some people knowing exactly what YouTube is and what it can do. But there will be a certain amount of people who come to the Internet with no knowledge what so ever of YouTube and what it represents. For some, it is for business. Others for entertainment and even some who like to be social with other YouTube users. Of course if you gain a large following then it also has some traffic benefits.

YouTube does require you to be open minded about how you use the site and also to learn about using the site to your best advantage. There is the little thing of optimizing your YouTube videos to make them have the best chance of getting viewed if you upload your own videos. Then there is also the community aspect of getting involved with other users of the site to maximize networking partnerships.

Getting a YouTube account is a free to sign up for process and a video channel can easily be integrated with a link to your site and it can siphon traffic to your site and vice versa. If used correctly and you respect your viewers you can expect a good return on traffic with your original video marketing efforts.

YouTube is used for music, TV shows now, comedy and also tutorials of just about anything you can think of, but it doesn't do adult stuff as that would be a violation in the terms of the ads from Adsense and other advertising networks. YouTube is a popular video site and one that will be around for a very very long time.

Promoting your brand with YouTube is like anywhere else online. A dedicated approach to uploading regular content is the key and building your Subscribers around your brand. YouTube itself has many features that you can utilize to network with specific communities like Artists. Even though at present there is no dedicated category for visual Artists in the category sections of this video sharing giant.

When setting up shop on YouTube the plan of action will consist of areas that you know well and certain promotional methods that you might not know so well. Anyway here is a rough plan of action to follow when you create an account on YouTube for a serious brand promotion.

There's so much to this online business. Youtube can be useful. Thanks for reminding us.

Image specifications, formats and uses of the new features created by the Tim...

Chef Keem is online, that's for sure - would over a half million Google searc... 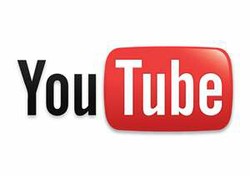 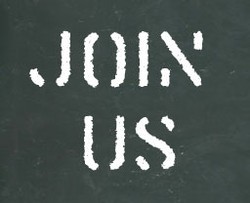 Image specifications, formats and uses of the new features created by the Timeline for Business Pages at Facebook
100%  30   36 chefkeem
Branding 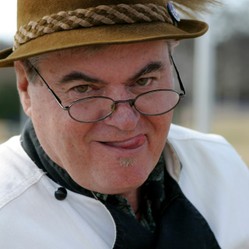 Chef Keem is online, that's for sure - would over a half million Google search results lie? He is a community manager, branding consultant, marketer, author, and chef blogger in TX
Loading ...
Error!