When a Senator's Wife was Tossed from a Plane

This article asks what happened when a Canadian senator's wife was tossed from an airplane.

In August 2012, Maygan Sensenberger, wife of Canadian senator Rod Zimmer, was escorted from an Air Canada flight for "creating a ruckus". What happened next? This article poses a question that should be of concern to anyone thinking of disturbing the peace on a commercial aircraft, based on the ominous headline teaser that followed in later news releases.

The Teaser for the News Article about the Senator's Wife...

...Who was Tossed from a Plane

The Ominious Headline about the Senator's Flight

Was She Thrown from the Plane?

As we see in the image below, the headline reads "...tossed from the plane...".

The news page reads "Why did the senator's wife get tossed from the plane?".

According to the article "Arrest of 23-year-old Maygan Sensenberger, senator’s wife garnering international attention" by Andy Radia, Ms Sensenberger became agitated and quite vocal while travelling with her husband, Canadian senator Rod Zimmer, while on a commercial flight in Canada during August 2012.

There may have been confusion among the flight attendants or fellow passengers: was this a spat between husband and wife? Had Mr. Zimmer developed symptoms of an acute illness, causing MsSensenberger to plead for medical assistance or an emergency landing? If it was a plea for a quick detour to the nearest hospital, was this mistaken as a threat that she would personally "down the plane" (as might be phrased in popular parlance...certainly not a quote from any source of which I'm aware)?

While the popular press made a great deal of hay by highlighting the age difference between these spouses, it seems that the key concern during the flight was for the safety of all passengers. One might ask whether the flight attendants were properly responsive to Ms Sensenberger's concern for her husband's health? Did they over-react, based perhaps on their very proper consideration for the safety and security of all their passengers? Perhaps every airplane needs a call button to indicate "Medical emergency. Yes, seriously. I mean it. Get me a medic, stat".

Should airlines be required to place a doctor, or at least a practical nurse, on every flight (along with an air marshall trained in non-lethal martial arts to thwart actual hijacking attempts)? A more economical alternative would be to train each flight attendant in those two skills, in addition to their more usual duties of guiding and assisting passengers during non-eventful flights. The only downside would be that nursing care might be interrupted if a hijacker takes advantage of a medical incident to commandeer the aircraft.

Those are serious questions for wiser persons than myself to consider. I have only one question.

The teaser shown below states that Ms Sensenberger was "tossed from the plane".

That leads to my question.

Maybe You Should Drive, Rather than Fly

What is the Procedure?

Does the airline charge extra for the parachute before or after they toss a person off a plane?

Number Five has a Setup and Punch

I'm going to build up a few more joke images and punch lines for this page, beginning with "#5" in my numbering scheme. Hopefully, no readers will be offended.

The serious reason is that I publish my "artwork" to a page that is under my control, to establish my copyright, before publishing to a site such as Facebook.

Many people, if not the majority, noticed that Mitt Romney would axe federal funding for PBS (the Public Broadcasting System). Since "Sesame Street" is a popular PBS TV show, and Big Bird is one of the main characters, the Internet was awash in "Mitt Romney versus Big Bird".

Of course, I jumped onto the bandwagon.

The tag line is "Did Mitt Romney...just flip the Bird"?

Image Credit: the original "Big Bird taking a break" image is by EvelynGiggles; I spun it 90 degrees, put "dead-X"s over his eyes, cropped the image, spray-painted over the background and put a border on it. Evelyn's image is much nicer.

This is the set-up, minus the punch line

The Finale for Mitt Romney versus Big Bird

The caption for the following attempt at a visual pun is "Apple Logo plus an Apple Press equals Apple Cider".

Any Advice? How did You Handle being Tossed from a Plane? 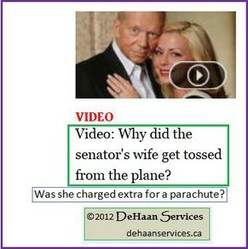 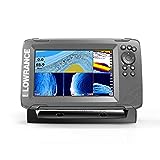 Often associated with GMC & vehicle manufacturing, Oshawa, Ontario sometimes gets an undeserved rep . But this little gem of a city, has some treats for the adventurous traveler!
57%  9   4 Sheri_Oz
Ontario