Which is the Best Bike for a Toddler?

Choosing the best bike for your toddler.

Learning to ride a bike is one of the many loved milestones of childhood. But bikes are difficult for your toddler to use. They don't have the coordination to use normal children's bikes. So they aren't safe for your toddler. Steering a bike and pedaling at the same time without crashing into objects (like trees or furniture) is also harder than we adults remember.

So it's best to buy a bike that has been especially made for toddlers. This is the safest option and will be the most fun for your child.

Balance bikes are the newest type of bicycle made for younger children. The bikes are made without pedals so your toddler only has to concentrate on learning to balance and steer their bike. So a balance bike is much easier for your toddler to learn to ride a bike on.

The bike is also made to be light and easy to control by your child's little hands. There's also adjustable seat and handlebars which are important because you don't want your child to grow out of the bike too quickly. This balance bike also has tires that help stop punctures so you won't have tears because a tire has gone flat.

Although the bike shown here is green it comes in lots of colors. This is important because as we know toddlers are often very specific about the colors they do and don't like.

Balance bikes are popular so you can get them in different brands and styles. But they all have the philosophy of keeping things simple for a toddler and young child by making the bike without pedals.

Again there's lots of color and style choices with these balance bikes so you can get one in your toddler's favorite color.

These traditional first bikes aren't two wheeler bikes like the balance bikes but they've been a child's first bike for decades.

These bikes are all three wheeler bikes so they're much easier to balance on than any two wheeler bicycle. This means the pedals aren't such a problem because your toddler won't have to worry about balance as well.

So if your main reason to buy your toddler a bike is to help them develop the balance skills they'll need to ride an older child's bike later on go for a balance bike. But if you'd rather they learn to pedal go for one of these traditional three wheeler bikes instead.

Thanks for the feedback Micheal :)

Recently, I just plan to buy a bike for my kid and your suggestion is great.

I'm glad it was helpful Angel. I've only seen the balance bikes around in the last couple of years. They're such a great idea :)

With four children, we have some bikes laying around in our yard. Our five year old just learned to ride her bike without the training wheels. Still have the 3 year old to teach. That balance bike really is a good idea. I have never seen one of those before. So thank you for showing me what is available!

Only a bike? No, it's also a tripod

Turn YOUR Bike into a stable platform for your Camera whilst stationary. Thi...

I remember being a kid and hating my helmets. Boy, did I hate them. They we... 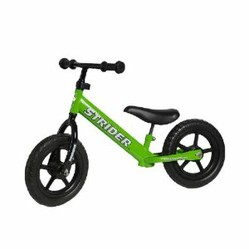 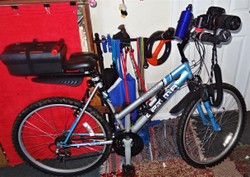 Only a bike? No, it's also a tripod

Turn YOUR Bike into a stable platform for your Camera whilst stationary. This idea is what I did to allow it to carry a DSLR plus Long Lens
17%  1   2 sciencestudent
Other Bicycles

I remember being a kid and hating my helmets. Boy, did I hate them. They were so uncomfortable and uncool. These Raskullz Helmets make me want to be a kid again.
37%  1   5 Tehreem
Bicycles 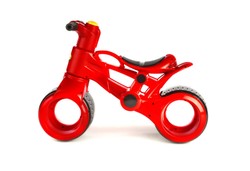 Buy your toddler a safe and sturdy bicycle and let him or her learn how to ride
Loading ...
Error!