Whitney Houston was found dead at the Beverly Hilton Hotel just before the Pre-Grammy Awards party. A few interesting facts about her life and accomplishments.

Whitney Houston came onto the music scene in 1985. She quickly became an inspiration for many singers such as Mary J. Blige, Mariah Carey, and Janet Jackson. She was ranked the 8th highest earning entertainer by Forbes in 1986-87. The Greatest Love of All was one of her top earning songs and spent 3 weeks at the top of the charts. It sold over 13 million copies. She had many other popular songs under her belt and performed The Star Spangled Banner better than anyone has to date.

She is the daughter of Cissy Houston, a well known gospel singer. Whitney grew up singing gospel and in the music business. Her cousin is Dionne and Dee Dee Warwick. She is also the God daughter of Aretha Franklin.

In 1992 she married Bobby Brown from the band New Edition. Shortly after, her erratic behavior, missed interviews, rumors of drug abuse, and canceled concerts all began to take a toll on her. She claims to have been in an emotionally abusive relationship for 14 years in an interview with Oprah. She had left Bobby Brown by this point and divorced. She also admits to lacing her marijuana with crack cocaine. This was after denying ever smoked crack cocaine in another well known interview where she says, “Crack is cheap, I make too much money to ever smoke crack, We don't do that. Crack is whack!” She had also admitted to Oprah that she had been in rehab and that her mother had performed an intervention.

In 1995 she starred in the movie, Waiting to Exhale with Angela Bassett. It was a hit. There was also a soundtrack associated with the movie that did very well. 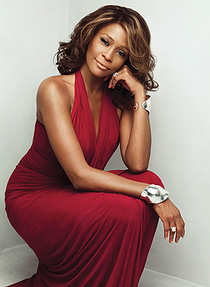 In 2000 her and Bobby Brown were stopped and held for marijuana in their luggage at the Hawaii airport.

They were reported to have left and boarded the plane before the police actually showed up.

Her and husband Bobby Brown starred in their own Reality TV Show that really showed us how sad the entire situation was.  As crazy as it was, people were glued to the TV to see what would happen next.  She decided to stop giving the world a view of her life and ended the show. 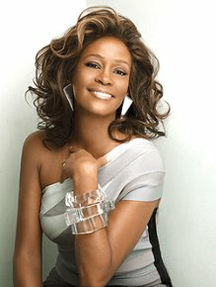 It sold more than 1 Million copies and made an appearance at #1 on the charts.

However, it did not have any top performing singles.

It was the first album that she had put out in 7 years.

She had made several very good performances and had a few bad ones along the way of her comeback.  Some concert goers overseas asked for their money back due to poor performances.

She was found dead at the Beverly Hilton Hotel at 3:30PM Saturday February 11, 2012. She was preparing to attend Clive Davis' Pre-Grammy Awards Party with many other celebrities. Her friends found her in her room at 3:30PM and she was pronounced dead just before 4:00PM. She was found unresponsive. There is no word on what the cause of death is at this time.

The music industry has suffered a great loss. It is such a shame that many of her years were spent wasted on drugs and drama. Like so many famous celebrities are doing. She was a true talent and will be missed by many.

jange52 - That is what upsets me... she seemed to be turning her life around...I say seemed to be...we have yet to hear the cause of death. I really hope it was not because of drugs... though that is my fear. Either way, she made a huge contribution to music and I remember her for that. Not the bad stuff. Thanks so much for reading and commenting.

Katie - this was so very sad to hear this weekend. I thought she had finally started getting things back on track. I guess we will soon hear the cause of death. So sad.

Nice tribute and so sad indeed, I love Whitney a voice like no other and will be missed.

Brenda - I feel sorry for her too. She had divorced Bobby Brown. Said it was an emotionally abusive relationship. She was trying to make a come back.

WiseFool - I had just heard about it when I decided to write a little about her. So sad. She had so much potential. She had proved it and threw it away. Thanks for stopping by.

I feel so sorry for her daughter. Was she still married to Bobby Brown. He treated her really bad.

I hadn't heard the news of Whitney's death until I stumbled on your page, Angel. Very sad. As you say, years of drugs wreaked havoc on what was a wonderful talent. And now she's died much too soon. Tragic.

This is such a great loss. She was so talented and yet wasted so much of her time with crazy stuff like drugs. She had so much potential. Yeah I said the same thing once I saw you had just published something on her too. That was too funny. I think they are different enough not to cause any problems. I really enjoyed yours because of all the music facts.. I honestly expected something like this to happen with all the things she had been into lately. Not good.

Gosh, i picked up some stuff i did not know about. I was just into her music, not her life really. I cannot believe another music great is gone!!! 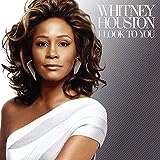 How many Oscars has Meryl Streep won? And how many Oscar nominations? Here are the films that got her Academy Awards wins and nominations, with actors, directors, and subjects.
100%  27   10 katiem2
Other Celebrities

Enjoy a few of the favorite things Scotland brings us, the amazing and magical place famous for so many fantastic inventions and talented people.
Loading ...
Error!