With television credits to her name from Ashes to Ashes to Upstairs Downstairs, Keeley Dawes has become a familiar face on British television. And she can be seen currently in the popular police corruption drama Line of Duty. But now the London-born actress is to play an evil banker in the new series of Doctor Who, due to air in the autumn.

The BBC has revealed that London-born actress Keeley Hawes will be a villain in an episode of the next series of Doctor Who when it airs in the autumn. She will play Mrs Delphox, an alien with a dark secret.

“I am delighted to join Doctor Who and to be working with this incredible team,” said Hawes. “Ms Delphox is a great character and someone I've had a lot of fun playing.”

Written by Steve Thompson and directed by Douglas Mackinnon (who knows Hawes from her work in Line of Duty), the episode sees the Doctor, now played by Peter Capaldi, and Clara Oswald (played by Jenna Coleman) coming face to face with Ms Delphox when they arrive on what is being described as a “strange and puzzling planet”.

"Anyone watching Jed Mercurio's amazing Line Of Duty will know that Keeley Hawes is having one hell of year,” said lead writer and executive producer Steven Moffat. “And now it's about to get even better as she achieves the greatest villainy yet attempted on Doctor Who: she plays a banker."

Keeley Hawes’ acting career started in 1989 when she played Carol in an episode of Forever Green and the following year she had her first recurring role as Mandy in Troublemakers. It was six years before her next recurring role – Linda Langer in Karaoke – but since then she has been a regular on television with roles such as Lizzie Hexam in Our Mutual Friend, Cynthia Kirkpatrick in Wives and Daughters, Kitty Butler in Tipping the Velvet, Zoe Reynolds in MI-5 and Jen Grantham in Mutual Friends.

Her portrayal of Alex Drake in three seasons of Ashes to Ashes from 2008 to 2010 earned her an outstanding actress Golden Nymph nomination at the Monte-Carlo TV Festival. Since then, she has played DSI Martha Lawson in Identity, Lady Agnes Holland in Upstairs Downstairs, Jennifer in Ambassadors and Suze Beaumont in The Tunnel. She can currently be seen on TV screens as Lindsay Denton in Line of Duty.

Filming of the new series of Doctor Who started in January and will continue till August; it will start broadcasting shortly afterwards. This will be Peter Capaldi’s first full series as the new Doctor after more than ten million people tuned in to see him appear at the end of the Christmas Day special.

SteveRogerson, Thank you for product lines, pretty pictures and practical information.
What with an imprecise forecast of anywhere from an inch (2.54 centimeters) to 18 inches (45.72 centimeters) of snow, I expect to check the Capaldi interpretations of Doctor Who out from the library system here.

This year's Doctor Who Christmas Sepcial will see Matt Smith regenerate into ...

A look back at the career of Peter Capaldi, named as the twelfth of the main actors to play the lead role in Doctor Who.
41%  2   5 SteveRogerson
British TV 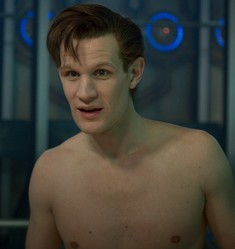 This year's Doctor Who Christmas Sepcial will see Matt Smith regenerate into Peter Capaldi. The episode will be shown on BBC One on Christmas Day.
Loading ...
Error!