Vanessa Lengies is possibly most famous for her role as Sugar Motta in the hit TV show Glee. However, there's much more to this young beautiful actress. Find out more.

Vanessa Lengies is the beautiful actress who had been making sporadic but impressive appearances on the hit TV show Glee as the spoiled rich girl, Sugar Motta. That her appearances on Glee had been, in fact, infrequent--she had worked on a per-episode basis for the show--is the reason she had made the move to another television sitcom called Mixology, where she had a more featured and substantial role as the super-positive, if not a bit ditzy, waitress at the bar in which the show centered. While that show premiered early in February 2014, it had a short run and was unfortunately cancelled in the middle of that year.

Previously, Ms. Lengies has starred in TV shows HawthoRNe and American Dreams. Her movie resume includes the movies Stick It, Waiting..., and The Perfect Man.

It should be noted the young actress is responsible for the e-commerce site Varoj, which is dedicated to raising money for charity.

Vanessa is an up-and-coming actress whose talents I think are yet to be fully explored.

I imagine Ms. Lengies television career has been a slippery slope. She has had varied guest roles in various television shows. HawthoRNe and American Dreams were short-lived prospects. Her appearances as Sugar Motto in Glee were sparse.

The span of Vanessa's career in television goes back to the mid-1990s in her native Canada, in addition to many roles in American television throughout the years; she has had relatively steady work throughout this time, through 1995 to the present date. As stated, she's had few main roles and those have been short-lived, mostly due to the series themselves ending.

She's had a recurring role in the TV series Resident Advisors, on Hulu. She will also guest on the new science fiction crime drama, Second Chance, on Fox.

Vanessa Lengies starred with Hilary Duff in the movie, The Perfect Man. She played a gymnast in the movie, Stick It; she was the sexy under-aged hostess of the restaurant which is the center of the movie Waiting..., with Ryan Reynolds. Also, there's word that Vanessa Lengies will have a role in an upcoming movie, still in pre-production, called Rodeo Drive Diva, about a trust-fund kid who learns some hard lessons in reality. She will be playing a character named Amber Green. Look for that movie too, to see Vanessa on the big screen again. In addition, she was in a movie called We Are Your Friends, released in August of 2015.

As with all her roles she brings that unique quality, regardless of the role she plays; attractive and like-able (in spite of her characters), Vanessa can't seem to help bringing her charm with her into each part she plays.

Viroj is Vanessa's e-commerce start-up dedicated to raising money for charities. She started it back in September of 2012, and it shows the intelligence and ingenuity of this bright, young woman, in addition to showing her global consciousness and compassion. The prices of products are kept reasonable and contributions to charities are built into the prices. The idea is to encourage giving to good causes by recruiting companies that are already passionate about specific charities and allowing shoppers to automatically contribute to the causes through shopping. The site is for members only to keep the quality of the site itself, and its products, sound from the beginning. It's a great idea and one more reason to love Vanessa Lengies.

It is my feeling that we haven't seen everything from Ms. Lengies yet. She is intelligent, beautiful, talented and worthy of the best roles in both television and movies. She is to me somewhat like Scarlett Johansson, who early on landed such serious roles as her pairing with Bill Murray in Lost in Translation. Though, so far, Ms. Lengies has not taken the same route of Ms. Johansson, she has the same potential.

Her look is exquisite, her mother is Egyptian and her father German, Ms. Lengies has classic beauty in her facial features, and a warm olive skin-tone. It seems to me this could be the look of a new school of Hollywood.. Her air is that of charm and the woman herself is obviously intelligent. She is capable of comedy, as shown in her comically clueless character in Glee, though she's certainly capable of playing a relatively broad range of characters. But I think her full potential is yet to be seen, and I certainly hope to see more of her in the future.

Get the NCIS Abby Look

So many girls want the NCIS Abby look. While Abby has a hair and makeup arti... 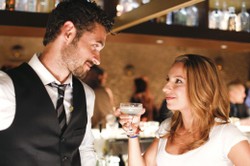 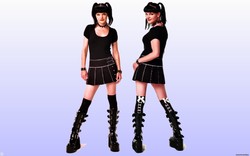 Get the NCIS Abby Look

So many girls want the NCIS Abby look. While Abby has a hair and makeup artist, she basically does it all her self. Follow along as we see how she creates her look plus secrets..
75%  12   5 JoHarrington
Television Stars