Why Do Some Children Commit Murder?

Murders committed by children are on the rise. What causes these kids to kill and how should they be punished?

Also in Jacksonville in 2010, Charles Southern, 17, and Connor Pridgen, 16, lured Makia Coney from their private school and shot her in the head in a nearby field.

The number of mass school shootings committed by children under the age of 18 has also increased.

When adults commit murder, it's easy to judge, convict, and sentence them to either death or life in prison. But when the offender is a child, can we really in good conscience do either?

The number of murders commited by children are rising

In the past, learning of a child who committed a murder was a rarity.

Today, unfortunately, it seems to happen with far too much frequency. According to the Department of Justice, it is estimated that one out of five murders are committed by children in a year.

It's not just kids committing school violence with guns, it's with any deadly weapon they can get their hands on.In April 2014, a 16 year old decided to stab 20 people at his Pennsylvania high school.

Our society has created killer kids. It is now our society's duty to do something with these children and to prevent them from murdering in the first place.

Books that Discuss the Growing Problem of Killer Kids

What Makes Kids Go Over the Edge

Kids who kill are abused and neglected, right? Not always

It's a common perception that kids who murder must be abused, neglected, or mentally unstable.

In the case of Cristian Fernandez, that's probably true. Cristian was born to a 12 year old mother who had been raped by a 25 year old man. There's no dispute he had a hard life. Does it justify murder?

As a court reporter, I had the opportunity to do a deposition of Charles Southern in a related civil case. Listening to Mr. Southern describe his day-to-day activities at school, he sounded like a normal teenager. He had not been abused as a child, he was not a victim of bullying. Mr. Southern is an intelligent young adult.

If he were not in prison and you met him on the street, he would not stand out. He genuinely seemed like a nice young man, but yet he took turns shooting a 17 year old girl in the head.

At 12 years old, he was the youngest person charged with murder in Jacksonville, Florida

How Should Children Who Kill Be Punished

They've committed crimes that have to be punished, but what is the right answer?

Cristian Fernandez, now 14, initially was charged as an adult and faced life without parole. He has recently been charged as a minor of manslaughter and will be kept in a juvenile facility until he is released when he turns 19. While incarcerated he will undergo counseling

Charles Southern was charged with second degree murder as an adult and is currently serving a life sentence in a North Florida prison.

Are these appropriate punishments for murder?

In the case of Cristian Fernandez, is there a possibility he will kill as an adult? Living in a correctional facility, even a juvenile center, is not conducive to rehabilitation. Even with counseling, he faces an uphill battle to become a normal young man who will be able to live in open society.

Charles Southern will spend the rest of his life in prison. Could he have became a contributing member of society with the right counseling? Should he have been allowed to?

Children who kill must be punished, but what punishment these children should receive is a dilemma that will be not be solved in the near future.

How do you think killer kids should be punished?

Life in prison, some prison time, counseling, or death, what is the answer?

These children need help. I think they should receive some jail time with mandatory counseling.

Children are not fully developed, and so need different treatment from adults. That does not mean that they shouldn't be punished. It does mean that more effort should be made to help them develop into adults who contribute to society.

Some children are more emotionally disturbed than others and may not have a full understanding of right and wrong thanks to a muddled upbringing.

I'm not naive enough to think that children are innocent cherubs who occasionally stumble into unacceptable acts. Children can be cruel. But there's also an undeveloped sense of cause and consequences. That requires different handling to those grown and in full control of their faculties.

That is so sad. It's unfortunate what they see as tough and masculine. Maybe that comes with no proper father figure in their life? Who knows, but this is clearly a problem not limited to only america.

Some boys are taught a wrong idea of what it is to be a man. They think that manhood involves violence and throwing your weight around, so to be seen as a man it is necessary to do violence. The greatest act of violence is murder.

Take the example of one of my ex-pupils [I taught him at fifteen, but only saw him thrice.] After he left school he decided to show that he was a real man, so with two cronies he found a "Newton Heather",[he was a"Claytoner."] these being Manchester districts. The two cronies held the lad, while my ex-pupil ran a knife through the lad's chest. Great street cred!Real man, at three to one odds. But he missed the heart and the victim survived to identify him. He was sent to prison for a long time.

I think with a lot of kids their upbringing fostered their behavior which led to the murders they committed. It's hard to see young kids in prison for the rest of their lives, but murder is an adult crime. True, there are others who seem to be wired wrong. I wouldn't feel safe around someone who committed murder in the past.

Individual circumstances? All of you are joking right? Clearly these kids need to be tried as adults. Far to often people overlook the fact that kids do have cognitive thought, and assume they can be rehabilitated. Even if the child had a hard life that's no excuse to kill someone. Everyone here is overlooking the severity of what they did, either they're wired wrong and can't be safely rehabilitated; or they're environmental conditioned to kill, in which case a fair trial would determine whether or not the child is sane. If he/she is indeed sane, and he/she killed why then would we let the child walk? Youth is no excuse.

I'm not sure if they're wired wrong, or if it is a result of their upbringing. Either way, they clearly need help.

It's a tough subject all right. Some kids seem to have no empathy and little sign of a conscience. It's not clear if they can develop these, but I believe efforts should be made to try to find ways to reach them.

I know. We have become so far from what is considered normal, it's no wonder there are messed up kids

Some children (and not just celebrity offspring) have no clue what 'normal' is as defined by the rest of society.

I agree. There is definitely something inside of them that's off.

Interesting read, Abby. You pose some tough questions. Like Georgette, I tend to think you have to look at each case individually to try and determine whether rehabilitation is possible. I fear, in a lot of cases, like Southern/Pridgen, there is something biological rather than psychological that drives them to kill. It seems so bizarre to us that someone could shoot another human being in the head simply to know what it feels like, because their brains aren't wired the same as ours. In those instances, I think there's little doubt the perpetrator would kill again if given the opportunity.

How to Get a Job With a Criminal Record

Getting a Job when you have a criminal record is about more than just applyin... 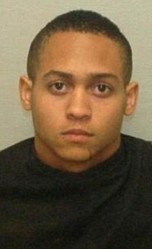 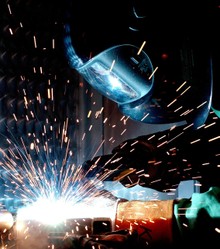 How to Get a Job With a Criminal Record

Getting a Job when you have a criminal record is about more than just applying and hoping for the best. Read these tips, and learn how to get a job with a criminal record.
100%  54   13 JoHarrington
Gay Rights