Why is Salt or Sand Used on Icy Roads

The use of sand and salt to make iced-over roadways and sidewalks safer have a rich historical association.

Salt and Sand for Icy Roads

The use of salt for making roadways, and high pedestrian traffic areas, safer for travel dates back to the late 1600s when Daniel Gabriel Fahrenheit, creator of the temperature scale, discovered that salt, when mixed with ice, lowers the freezing point. Once the freezing point is lowered the ice begins to melt away from sidewalks and roadways.

Salt is also a popular solution for de-icing roadways and sidewalks because it keeps hard packs of ice from developing in the first place. Some localities have tried alternate solutions and none have proved as effective and cost efficient as salt. While salt is the definitive resolution, it does have its drawbacks. Ecological and monetary issues have caused some municipalities to ban the use of salt for road safety. Salt sodium can be harmful to the local wildlife habitat and destructive to plants and vegetation. And salt is a corrosive substance, causing corrosion of vehicles, pavement, bridges and unprotected steel used in road construction.

Salt has other distinct limitations as an ice remover. Salt is only effective in high traffic areas because without enough traffic to stimulate a thorough mixing of salt and ice, slippery hardened areas will still have a chance to form.  Below 25 degrees fahrenheit, salt also proves ineffective because the ice forms so quickly and there is no chance for mixture. And salt applied on top of ice provides very little traction. Another, more historical, reason for the discontinued use of salt was derived during the first World War, when salt was at a premium.

Sand, by contrast, provides excellent traction for vehicle or pedestrian traffic by creating a grit-like surface when it comes in contact with tires or shoes. Sand works well whether it is mixed with ice and snow or simply placed on top. Therefore, sand can be used in areas that do not have much traffic and still work efficiently. Sand is also a popular choice for both the consumer and the ecologically minded, as it does not harm the local flora and fauna and is non-corrosive.

When it comes to a cost comparison sand is considerably less expensive than salt. Joseph DiFabio, of the New York State Department of Transportation, says that salt costs roughly twenty dollars per ton, while sand is about five dollars for the same amount. Considering that sand has to be used in greater concentrations (about 3 times as much), many localities find the cost difference negligible. Financing for the sand use also has to factor in the repeated trips for the trucks to reload, as well as the man hours included for the increased work time.

Our roads seem to get treated with rock salt, which I think may be a mixture of salt and sand.

Do not get into your car this winter without these supplies. 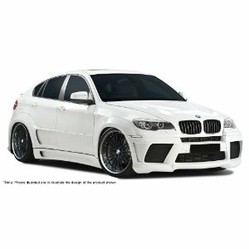 Do not get into your car this winter without these supplies.
Loading ...
Error!