Most recovery programs do not draw a line of much distinction between alcoholism and addiction because as drug abuse professionals now know, there is none.

Alcoholic or Addict - There is a Solution

Alcohol has long since been classified as a drug and because of this, getting sober and free from alcohol addiction is very much like kicking a pharmaceutical or street drug habit. Alcoholics Anonymous, the world renowned fellowship developed over 75 years ago, contends that alcohol dependence is the same as an addiction to any mood or mind altering substance.

Most alcohol abuse professionals, and the literature designed to address alcoholism, are reticent to put too fine of a line on defining alcoholism for fear of excluding anyone with the propensity for this malady. The Alcoholics Anonymous primary text, affectionately known as the "Big Book," defines alcoholics as "men and women who have lost the ability to control their drinking."

The book goes on to state that some alcoholics may experience brief intervals of assimilated control, invariably followed by still less control and a disease progression "which led in time to pitiful and incomprehensible demoralization."

Narcotics Anonymous has its own primary text called Narcotics Anonymous (NA). NA's attempt at classification is also intentionally indistinct, but in the first chapter of the NA text titled, "Who is an Addict," the first paragraph begins with, "Most of us do not have to think twice about this question. WE KNOW!" The NA book goes on to say, as addicts there is little room for doubt that the use of drugs is causing problems in some area of the our lives.

The obvious obsession associated with drug addiction makes it slightly more identifiable. Drug addicts eventually find themselves isolated from everyone not associated with their use and abuse of drugs. An addict's life becomes consumed with using and finding ways and means to get more. Addicts invariably become hostile, resentful, and self-centered, all the while diminishing any semblance of self-esteem.

Alcoholics Anonymous and Narcotics Anonymous agree on every factor associated with the obsessive use of any mood or mind altering substance, and it's commonly known within the two programs that once the phenomena of craving has been triggered, the substance abuser is no longer able to abstain. In that regard, the solution proffered in both programs follows very much the same design for living – the 12 steps.

Once the actual addiction and obsession has been addressed, both the Alcoholics Anonymous and Narcotics Anonymous programs offer a plan for living an emotionally and physically healthy life. The steps of both organizations teach addicts and alcoholics what it is like to live life on life's terms, without the need for the temporary solution they feel they receive from the use of drugs and alcohol.

Many accredit these two 12 step recovery programs with saving the lives of millions and repairing families in a way that no other contrived solution has been able to. The results documented over the years, concerning the success rate of Alcoholics Anonymous and Narcotics Anonymous, dictate that they will go down in history as two of the greatest teachings and inspirational disciplines of all time.

A common slogan associated with both A.A. and N.A.:

We used to live and we lived to use. Millions of people are living proof though, it does not have to be that way. Recovering abusers will tell you, "Today you have a chance to create a past you can be proud of", and that it is accomplished, One Day at a Time.

Alcohol addiction is not new for us. People take alcohol as a habit but they are aware of the risks and side effects of alcohol. Drugs are also the main cause of addiction. It may affects on the brain and also on overall health of that person. 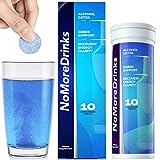