There is a reason why Cowboy Costumes from the Wild West were always chosen for fancy dress competition and the Halloween Party of course.

The primary reason behind the popularity of the Coyboys is that they bring out the charms and glamour of a bygone era.

I happened to see them on a movie and was completely hooked. I got very fascinated by the huge but smart cowboy hats that cover almost 80 % of the faces, the costumes that looked so dashing and the boots that fit the saddles so harmoniously.

You see - the charm of “the Wild West’ and the attraction of the fancy dress Cowgirl costumes was never lost, you can see its presence in shows and exhibitions. The outfits look gorgeous and in some way so outrageous that the only items you require are the handsome accessories. To capture the essence of the authentic “wild west “appearance dress up in the 80s attire and you can be the cynosure of Halloween or any other party.

Time to Change the Ward-Robe to Wild West

It is time you forget about having a boring and unexciting wardrobe, stack it up with the appropriate cowboy attire, shotguns, leather boots and the saddle. Your Halloween party is just going to become unique and your apparel is going to become the talk of town.

Don’t get jealous with your friends just because you have exhausted the wardrobe and had only ordinary old boring T shirts and old fashioned trousers. With these extravagant dress, you can say goodbye to your ordinary looks because your old looks will be a thing of past. Pair up with an attractive shirt and smart cowboy jeans; you will be the star of the party and the person to impress.

If you think Americans invented Cowboys, you have it wrong, if you think Hollywood had the basics right – you are all wrong again. In fact nothing is farther from truth. The cowboy culture and the way they lived their life, the rhetoric’s were not portrayed as genuinely as they really were and are obviously incomplete and half baked anecdotes. The original cowboys preceded Plymouth Rock even before America was formed. They were Mexican cattle men who knew about the terrain and lived in obscurity almost 2 centuries ago.

Which is your favourite costume between "Native Indian and Cowboy outfit?

More about the Vaqueros and Sombreors

The native inhabitants of the West were Mexican who were known as vaqueros and they were the real heroes the cowboys. If you have heard about the cowboy lingo, it is in connection with Vaqueros – the most popular ones are “bronco”, lariat and stampede”. These brave vaqueros inhabited the long fertile land with their bread and butter which was cattle-herds.

They wore the sombreros which were the original cowboy hats. The sombrero is a straw or felt hat worn by Mexican cattle men that had wide brims turned in upward direction. They were actually the precursor of the hats you see today in Hollywood movies. They also held calf roping and wore chaps – protective leather leggings. These ranch men rode on horses and were the real cowboys who taught the settlers and perhaps lost their culture in return.

The Wild West and the Native Indians

It is high time to recapitulate the story of the Wild West and the cattle men who populated the sacred land of west and were the real inhabitants. These cattle men comprised of native Indians too. The Indians as far as the story goes loved their land but the future was going to change this rather barren, hardly populated, amazing landscape  to a land of opportunity for land sharks and business man.

This sacred land was a commodity, a chance to exploit the natural resources. And to the native Indians who held this sacred land for a millennia was to lose the land of their ancestors and their ancient traditions.

The saga of the Wild West may no longer be true but few pockets of true Native Americans remain; although in a scanty way to remind us about a forceful succession, the sad story of the inhabitants caught between business tycoons, red-tapism and ineffective law forces.  Let us however; remember that the Cowboys were a part of the land, and the land was a part of them and their traditions.

Did you know the true story of cowboys?

Toddlers look cute in any costume that is colorful. You want to look them aga... 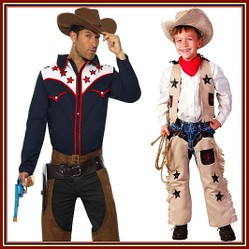 Angels and Devils in the Landscape of Halloween1 day ago 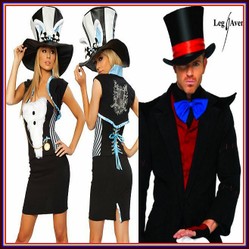 Adult Madhatter Halloween costumes are one of the most popular and widely wore outfits for Halloween.
66%  3   8 WriterArtist
Halloween Costumes for Babies 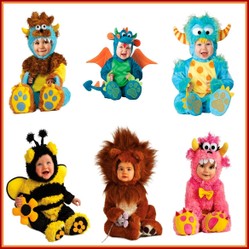 Toddlers look cute in any costume that is colorful. You want to look them again and again in all adorable Halloween costumes for toddler boys.
Loading ...
Error!