Glamorous packaging of cigarettes is thought to be particularly attractive to young potential smokers. Campaigners hope that plain packaging legislation will be a deterrent.

It's difficult to write an article about the dangers of smoking without sounding patronising. I smoked for many years and I can't deny that cigarettes accompanied me through many a crisis. So this article isn't about giving up, but preventing young people from even starting.

One day I was taking my grandson for a walk in his pushchair and the tobacco from my cigarette butt landed on his blanket. It missed his face by inches. Feeling like an extra on "Shameless" I decided enough was enough. Embarrassment and dire financial straits forced me to stop smoking!

This incident led me to thinking about my grandson taking up smoking and how much I would hate that. It got me thinking about how attractive smoking can be to young people. The illusions associated with smoking are extremely powerful. It does look cool. It does make you feel more confident. It seems to calm you down. The cravings aren't illusions, however. I didn't want my grandson going down that road, but recognise that at the end of the day it will be his choice.

Now there is talk of new legislation here in the UK to put cigarettes not only out of sight, but take away the glamorous image they have by packaging them in plain packets with health warnings. It is hoped this will deter young people from smoking.

I wonder if it could work?

Over the years campaigners have worked hard to reduce the impact of cigarette advertising.  We all, whether we smoke or not, understand the culture of glamour surrounding the sale of cigarette. We can see how attractive it can be to young people who feel tempted to try it out.   Maybe we started smoking at an early age because the colourful cigarette packet represented that first step to maturity.

Campaigners have already seen new laws in the United Kingdom which have resulted in the removal of vending machines  from streets, shops and pubs, the end of advertising on television and at the cinema  and the banning of tobacco displays in shops.

Now the cigarette companies are making a last ditch attempt to fight European legislation from forcing them to put their cigarettes in plain packaging.   Such colourful and glamorous cigarette packaging is known as ‘the silent salesman’.

It cannot be denied that there is something seductive about cigarette packaging.  The manufacturers have spent years refining  their brand image to appeal to certain sections of the smoking public. A huge section of their advertising propaganda is aimed at children.

When I smoked, one of my favourite cigarettes were called Vogue and they were in a white packet with the word ‘Vogue’ casually swirled across the front of the packet with sophisticated flamboyance.  The cigarettes themselves were extremely long and slim and very  elegant.  I felt fabulous smoking them - and I was no kid!  I still think of them with nostalgia six years after breaking the habit. These ‘super slim’ cigarettes are specifically aimed at young women.

Watch This Video About Plain Packaging of Cigarettes

The British Heart Foundation has been campaigning to get the advertising off the cigarette packets.  They are concerned for the future health of the younger generation.

They feel that plain packaging will make smoking less attractive, particularly to young people, by:

According to the Heart Foundation’s  Report, The Plain Truth: how tobacco plain packaging will save lives,

“Two thirds of today’s smokers started before the age of 18. Around 14 per cent of girls and 10 per cent of boys aged 15 years old smoke at least one cigarette every week. This remains for many a lifetime addiction, with often tragic consequences in adulthood.” 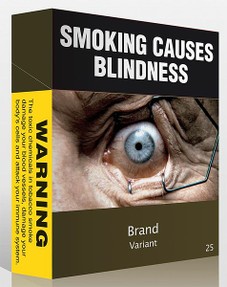 This Report shows how studies have confirmed that young people are very vulnerable to the enticements of glamorous and colourful cigarette packaging.    As a smoker’s cigarette packet is produced many times a day and is visible to whoever they  may be with or near at the time, it becomes a symbol of their  very selves,  making its colour, style and branding  particularly important to the user - especially if they are young.

Plain packaging would mean the standardised appearance of all cigarette packets.  There would be no promotional aspects whatsoever  but only plain colour, displaying the brand name but not the logos, colour schemes or graphics associated with that brand. There would still be the health warning required by law.

Would this packet above act as a deterrent?

It seems to work in Australia...

Australia has already taken the plunge.

In November 2011 they passed  the Tobacco Plain Packaging Act and so became the first country to introduce plain packaging legislation.

Hopefully young people would never be tempted to start a habit which is so devastatingly difficult to give up.

The Government is seriously considering introducing plain, standardised packaging in the United Kingdom. Once this becomes law, the next step is to introduce picture warnings on the front of the packs illustrating the effects of smoking on the body.

Books that Support You When You Want to Give Up!

Every year 200,000 children and young people in England begin to smoke (Action on Smoking & Health).  For each of the 100,000 people that die or quit every year the tobacco companies are desperate to find others to take their place.   This is why they make their products so seductive.

Hopefully  this initial plain packaging of cigarette packets is almost with us - and that means a better chance of a long and healthy life for all  our young people.

That is what they deserve - not the cynical manipulation of giant corporations.

British Heart Foundation Report:  The Plain Truth: how tobacco plain packaging will save lives. To read the Report follow the link from here.

Products to Help you Quite Smoking

I wonder if they are still working to add those scary adds showing the health related illness and disease of smoking??

Yes, I agree! It will be interesting to see what the outcome of the Australian experiment shows.

And then again young people might think that those gruesome pics are actually rather cool . . .

Hi Katiem - thanks for your post, so glad you found the article useful. I think the plain packaging will have health warnings though - because that is the law, at least here in the UK. And along with the printed health warning will be the gruesome pics! So although it says 'plain' in actual fact there will be stuff on the packet that might deter young people from taking it up because it doesn't look very cool. It's definitely not a marketing ploy because it is the government that's taking the initiative and trying to get the ruling through the European court. We can but hope...

What a powerful bit of information. I'm going to share this across the board making parents aware. Sethisis makes a good point, it would make it easier for teens to hide the package. IN fact this may be some under handed marketing ploy. Smoking is such a terrible thing and oh how I wished no one, especially kids would ever put one to their lips. Great information, thanks for the heads up!

Yes - I was thinking that having the gruesome cigarette packets could become a status symbol in itself! I can't help but think this is a step in the right direction though - it must be, if the tobacco companies themselves are fighting so hard against it.

I can't help but think that plain packaging would make it easier for kids/ teenagers to cover up their smoking habit. A plain packet won't be so instantly recognisable as what we have at the moment. Also, the extreme lengths we're all going to to stop people smoking does make it seem more attractive. But you never know, maybe it'll work!

This article explains how a daily routine using a traditional home remedy of ...

For women, hair loss can be a devastating blow. Here are some pro-active way... 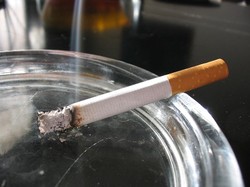 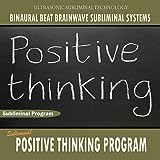 This article explains how a daily routine using a traditional home remedy of apple cider vinegar may bring relief to arthritis sufferers.
81%  11   7 KathleenDuffy
Other Women's Health For women, hair loss can be a devastating blow. Here are some pro-active ways that may help to restore growth and/or confidence.
Loading ...
Error!