Willowbrook was a New York State Institution that officially opened in October of 1947. It closed it's doors almost 40 years too late in 1987.

I read a pamphlet at work that announced an upcoming presentation entitled, “Remembering Willowbrook”. My initial reaction was, “Who could forget it?” Willowbrook was a State School located on Staten Island in New York. It opened in October of 1947. The sole purpose of this institution was to provide care to children that were mentally disabled. It was to be their home, where they would be nurtured: fed properly, protected, kept clean and taught basic skills, at the very least. In reality, Willowbrook was a living hell for the residents.

Willowbrook was a despicable institution with wretched conditions.  Sanitary facilities were grossly inadequate, physical and sexual abuse of residents by employees of the school was commonplace, and it was understaffed and overcrowded. The clincher is the fact that children at Willowbrook were also victims of medical experimentation. This was unethical, immoral, and inhumane.

Accountability for what transpired does not rest solely within the walls of the institution.  There were many that failed these children. There was paper pushing, red tape and slow corrective action.  Fortunately, eventually, a few had the tenacity to push the buttons that would lead to change.

Donna Stone was an advocate for mentally disabled children. Posing as a recent social work graduate she gained access to the school. She shared her observations with members of the press. The Staten Island Advance and the Staten Island Register, local newspapers, began publishing a series of articles describing the conditions at Willowbrook. This stirred some attention.

As early as 1965 Senator Robert Kennedy visited Willowbrook and labeled it a “snake pit”. At that time there were 6000 children living in an institution with an intended maximum capacity of 4,000. There was approximately one staff person for every 70 children. Kennedy left the institution, making multiple recommendations for improvement.  He was quoted as saying that the child residents were "living in filth and dirt, their clothing in rags, in rooms less comfortable and cheerful than the cages in which we put animals in a zoo". Sadly, this did not expedite reform.

A class action lawsuit, based on the issue of over-crowding, was filed in March of 1972 against the State of New York in federal court. This resulted in a settlement, mandating reforms at the site, but not until May 5, 1975. Add several years to that point in time before the violations were corrected. In many ways however, corrections were not enough to compensate for the history of failure and gross neglect that society had become aware of. Willowbrook was scorned and finally closed its doors in 1987.

The publicity generated by the class action lawsuit did become a major contributing factor to the passage of a Federal Law, the Civil Rights of Institutionalized Persons Act of 1980.

The horrors of Willowbrook still haunt many for reasons in addition to what I have already mentioned. Many of the residents of Willowbrook are in their 60’s and 70’s now. Many still suffer with residual effects from their treatment while living in this institution.  It isn’t easy to forget the fact that children were deliberately injected with Hepatitis. During the time period of 1958-1964, feces were taken from children who had Hepatitis, put in milkshakes and fed it to newly admitted children for experimentation purposes.

It isn’t easy to forget that many children were placed at Willowbrook due to a misdiagnosis, spending their “childhood” with normal cognitive ability. These children were aware of the neglect and could identify the abuse that was occurring but were beat with a broom handle or silenced otherwise when they spoke out. They were humiliated and degraded as well.

The final tragic fact to reflect upon is the number of children that lost their lives while at Willowbrook.  How many at the hands of those who were supposed to be protecting them?  For example, Andre Rand, a.k.a. The Pied Piper of Staten Island, worked at Willowbrook as a physical therapy aide between 1966 and 1968. He was found guilty of murder and pedophile rape. He committed and was convicted of 4 known acts that occurred between 1972 and 1987.  The youngest victim was 5, the oldest was 12. He buried one of his victims in a shallow grave on the grounds of the institution.   He was arrested in 1987 but how many victims were there prior to 1972? How many unnamed or unknown victims did he have access to during his employ at Willowbrook?

Willowbrook was founded with the best of intentions. Willowbrook became an instrument of evil. It should not be forgotten from the perspective that we, as a society, should never just assume that “right” is being done. When it is clear that something is amiss, we should demand immediate action toward remedy with whatever voice we have. If one reflects on the history of Willowbrook it becomes apparent that when guided by relentless reporters, writers and publications: The pen can indeed be mightier than the sword.

Thank you for commenting Mike! I've been away for awhile and just noticed your post.

This was such a creepy story about a horrible institution. Unfortunately, back in that days Willowbrooke wasn't the only institution that such atrocities took place. Many thanks for this interesting article.

Oh my this sent chills down my spine to imagine the horrible acts that took place in such institutions is horrifying and yet very important to remember as the fragility of many still remains while the wicked are also among us. :)K

Thank you Angel! Yes, we have come a long way from the days when chldren were hidden away either at home (by the family) or in institutions and even then there were the parents/families that kept their children and did the best they could to care for them. But I also agree with you that there is still much room for improvement and in educating the general public. Most people have compassion and understanding and know enough to treat all others with decency and respect but there are still alot of people that are ignorant and cruel.

This reminds me so much of a horror movie. It is unbelievable that things like this actually went on and in some places still go on in our world today. It breaks my heart to think about all those children being mistreated and even killed. My mom and I were talking the other day about my son who is Bipolar and ADHD and she was talking about how these disorders were just not diagnosed in children when she was growing up. She asked, "What happened to the children who had disorders like this?" My response to her was that they were most likely viewed as trouble makers and punished all the time and/or put in mental institutions where they were diagnosed with something other than what they truly had and most likely mistreated. I think we have come a long way with research on childhood mental disorders and can properly diagnose children as well as counsel them and educate them in most cases within the same curriculum as others. Having said that, we still have a long way to go. Great article on such a terrible place.

Yes it does Brenda...When my grandfather was in a nursing home I stopped in multiple times a day at different times because I was so nervous about him being there. I felt fortunate that overall he received very good care there but I know that is not always the norm. And then, the pay scale for most of the staff that is hired to care for our most vulnerable is usually poor to say the least.

Unfortunately, things like this still go on in institutions. Part of the problem is very young, untrained people are hired. Some of them are in their late teens. My mother is in a nursing home and I'm keeping an eagle eye on everyone there.

So true Catana...and so disturbing. Most people claim we have a highly civilized society...Ironic isn't it?

Wordchazer, I am glad I am not the 1st to mention Willowbrook to you...the more people that are made aware of it, remember it, and are enraged by it, the better. The history of Willowbrook is usually one of the first things taught in a Human Services College Curriculum now but as a result of the anniversary of it closing, I believe it is in the focus a bit more in the general public right now. There is a traveling exhibit entitled, "Remembering Willowbrook" that is currently going throughout the U.S. Danny Aiello and Geraldo Rivera did a documentary about the abuses entitled: Unforgotten-25 yrs after Willowbrook. There are also numerous books on the subject: The Willowbrook Wars-Bringing the Mentally Disabled into the community, The State Boys Rebellion, and the History of Mental Retardation in the United States to name a few. The investigative documentary "Cropsey" (Joshua Zeman and Barbara Brancaccio) is about the disappearance & deaths of children in the area surrounding Willowbrook during the years of it's operation. Andre Rand was eventually arrested but it alludes to others.
Joharrington-I don't know of any arrests or prosecutions for the negligent (to say the least) care and Tolovaj-thanks for your comment!

You're not the first to mention Willowbrook to me lately - there was something on one of the news aggregators about it recently, or at least if it wasn't Willowbrook it was somewhere horribly similar. Tales of youngsters being beaten until they were unconscious and those who didn't survive buried on the edge of the compound, that kind of thing. 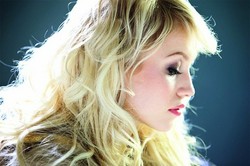