The Democracy Ranking Association produces an annual chart of the world's free states, listed according to the level of freedom enjoyed by each population.

As an independent body, it seeks to be completely free of political partisanship. Its data is drawn from international non-governmental parties, like Amnesty International, Freedom House, the World Bank and others.

Charting not only the democratic systems of the electorate, the group also incorporate civil rights. Each aspect is weighted to determine the quality of the freedom afforded each populace.

Democracy Ranking (Edition 2012): The Quality of Democracy in the World

How the Democracy Ranking Score Works

Are some people more equal than others in your country? No country may declare true freedom, while some of its citizens simply are not free. 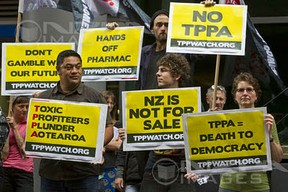 Not every world nation is included in the chart.

In order to be eligible, that state has to have been declared 'free' by Freedom House.  They have to hold elections and have a political leader who can be voted out of office.

Also the country has to have a population over one million people.

Democracy Ranking Association is looking to evaluate the quality of the democracy presented.  It removes all of the lip service and digs down into the reality.

The information which feeds into the ranking is drawn from independent, international organizations.  This stops any single government trying to skew the results in favor of their party line.

Once all of the data is in, then it's weighted according to the democratic elements that it highlights.

Politics accounts for 50% of the score.  Ten percent each are given to factors governing gender equality, economy, knowledge, health and environment.

On paper, a nation can look very democratic, if each of its citizens can vote.  But what does that vote matter, if the voter is uninformed or ordered to vote for a certain candidate?  If the electoral system is unbalanced, so that the vote of a rich person counts more than that of a poorer individual, it's not a true democracy.

If some members of society have a louder voice, because of their gender, then democracy is once again compromised.  And what of the implications outside the voting booth?  If education and health care aren't equally available to all, or if some sector of the population is forced to reside in unsafe living conditions, then again that nation is not democratic.

These are the principles by which the Democracy Ranking final score is decided.

These are the countries wherein the population enjoys the greatest level of political freedom and civil rights in 2012.

The Finnish total score was 86.3, up from 85.8 in 2007.  Not far behind Sweden then, and completing a hat-trick for the Nordic countries. (And before anyone starts frowning, the Democracy Ranking Association is based in Austria.  Their data is international.)

The only non-European entry in the Quality of Democracy top ten goes to the Kiwis.  They achieved a total score of 82.7, a minute rise from their 2007 score of 82.6.

The Austrian total score was 80.6, up from 79.7.  This is Austria's first time in the top ten. They took their position from the British, who slipped three ranks during the last three years.

These are the countries which declare themselves to be free, and do enough to factor in Freedom House's list, but are the most repressive in reality.

1, The Republic of Yemen

The Yemeni total score was 25.9, which is actually up from 25.7 in 2007.  However, Libya has slightly risen in democratic principles, thus dropping Yemen into the bottom spot.

The Bissau-Guineans had a total score of 35.1, down from 36.3 in 2007.  They dropped three places in the ranks during the past three years.

The Chinese have barely moved since 2007. They had a total score of 36.9, up minutely from 36.2.  China also dropped one place in the overall rankings.

The Haitians moved up a whole percentage point, but it wasn't enough to stop them slipping two places in the ranks.  This is Haiti's first time in the bottom ten.  Their total score was 39.7, up from 38.1 in 2007.

Please note:  Freedom House changed the status of Yemen, Syria, Libya, China and Egypt to 'not free' during 2010 and 2011.  Therefore the data from these years denotes 'virtual scores'.

How Did Your Country Do in the Democracy Ranking 2012?

There's not the scope here to go through all 104 countries individually, but that information is easily accessible online.

All as you expected up there? Or any surprises?

Awww! Thank you very much. And I'll bear that in mind. <3

Tweeted this one using my new hashtag #WizzleyWednesday. Every hump day I'm going to try to tweet at least 10 Wizzles. More if I have time. Feel free to use the hashtag. I don't own the words Wizzley or Wednesday. (O.o) :)

LOL Let us know how you get on in New Zealand. Good for hobbits, I hear.

I hadn't realised that this year's was out!

That sounds wonderful! And also how the recession forces society to be. That's one of the few good things to come from a recession. Unfortunately history shows us that those little traders get bigger and become huge, global traders.

I'd love for you to write some articles about all of these political systems. I'm having an education here.

My favoured political system is a society which is strongly influenced by Schumacher [Small is beautiful], the co-operative movement and distributism, as expounded by Belloc and Chesterton. In this view there are as many free, independent traders as possible, thus ordinary people are not wage slaves but free traders, and freedom is maximised.

I'm totally with you on the whole Freedom thing. That's what I was waffling on about here: http://wizzley.com/westboro-baptist-c...

However, I disagree about Socialism requiring a centralized state. The Socialism which I adore is all about fairness. It's everyone pulling their weight for the common good. Individual liberty works very well within that framework.

To my mind, Capitalism is the mode by which the concentration of power happens. Usually in the hands of people running corporations, who can then spend their way into swaying political decisions.

However, we've both arrived at the same conclusions. Information to the masses!

The problem is that many people talk of freedom for themselves, but not for anyone who disagrees with them. I demand my freedom, they declare, but yours has to be constrained or limited for the public good.

Capitalists talk liberty, but they are quick to suppress free speech if they for anyone else to disagree. Socialists have never been friends of liberty, as they regard the state as the supreme authority, and individual liberty gets in the way of state control.

The greater the concentration of power in a few hands, the more liberty will be under threat. To protect liberty we need to spread power and knowledge as far widely as possible.

I'm glad to have brought you hope. :) When you look back through history, you find that the trend is always gradually towards freedom. The heavy hand may occasionally come down, but the backlash sends it further away than ever before.

I am not surprised United States of America is not listed in the top ten
my feeling and observations has always been this way. Thanks to people
like you, it make me feel there is still hope for freedom loving individuals around the
world.

Civil rights are those laws aimed at creating social equality. They protect from discrimination in all walks of life.
94%  15   8 georgettejohn
Civil Rights

Willowbrook was a New York State Institution that officially opened in October of 1947. It closed it's doors almost 40 years too late in 1987.
Loading ...
Error!