The story of how I started on my own writing journey as a freshman in high school.

Every writer has a beginning, a time when the fire was lit within them. It may have been from birth when you were born with a silver pen in your tiny little grip. Or it could have stemmed from a monumental event in your life. Mine began with a teacher telling me that I could not be a writer. What's yours?

Why did I start creatively writing? The answer to that question is quite simple actually.

That answer is quite simply, stubbornness.

I must have inherited my stubborn streak from my redheaded German mother who nearly always gets her way, not because she is spoiled, but because she fights for it. She got her bachelor’s in Criminal Justice and while she never did become a lawyer, she does keep those skills sharp each and every day.

In fact, I inherited quite a bit from this woman. Though I am mixed, I have inherited most of her looks. She has passed on to me her passion for life, her vivacity that is often mistaken for sassiness, and most importantly, her sense of justice.

So what does this have to do with writing?

When I was in my second semester of 9th grade, I transferred to a small high school in Corpus Christi, Texas. The school required that I take an elective, and as creatively minded as I had always been, I chose Creative Writing. For the first eight years of my life I had been an only child. Being a bit shy, I did not have many friends, so I learned to be content playing on my own. I made up names and personalities for every single one of our trees. I created my own laboratory I our bushes. I took my Barbie dolls on grand adventures, gleaning inspiration from the Grimm’s Fairy Tales and books like Huckleberry Finn. It just made sense for me to get into writing.

My teacher was a lousy excuse for an instructor. He sat back with his feet on his desk all day, he chatted with the students instead of teaching, and he cursed at us when he was angry or excited. To make things worse, he did not like me from day one.

The man must have gotten heat from having nothing to show for his teaching, so two weeks into me being there, he finally gave us a writing assignment. To write two chapters of a sequel based off a classic book.

Finally! I thought. Something I can excel in!

I was an avid reader, and I especially loved the classics. I decided upon Peter Pan, my favorite story as a child. Excitedly, I told my teacher of my choice.

What I was met with was laughter.

Remember that stubbornness I told you about? This is the part where that kicks in. I cannot take being told that I am incapable of doing something. I have too much of my mother within me.

Instead of giving up, I wrote my heart out. I wrote the best two chapters that my inexperienced freshman self could manage.

And you know what? I got an A on that assignment.

The next day I transferred out of that class and reported him on the account of being unprofessional. However, despite him being a crappy teacher, he did achieve one thing. He lit the fire in my soul to write, and it still burns bright to this day.

So thank you Mr. H., wherever you are.

There have been many cases of people whose teachers or families wrote them off and discouraged them, but who fought on. Watership Down was, I heard, rejected by many publishers; Animal Farm was turned down by a publisher as "Americans don't read animal stories." As a retired teacher, I can say that I have never discouraged anyone from seeking their goal, but I know that there are some teachers who can be very down-putting. Keep up the good work.

I'm so glad you didn't listen to your teacher! You write well, and I'm looking forward to reading more of your articles and stories!

Memoir How To | Story Elements

This memoir how to will break down story elements that should be included in ... 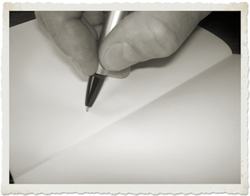 Memoir How To | Story Elements

This memoir how to will break down story elements that should be included in your writing. Memoir examples and story suggestions will help get you started as a memoirist.
Loading ...
Error!