Popularly recognized as “April Fool’s Day” in many nations, the day in April's history continues to be observed for playing traditional April fool’s day pranks.

To add humour in the life, to make a person smile it had to be the April fool’s day that brought laughters in the face of everybody. The world observes an April Fools' Day or All Fools' Day and the entire nation engages in harmless pranks, naughty jokes and silly hoaxes to bring cheers to otherwise dreadful life.

Kids love playing tricks on their friends and colleagues use all means to make their fellow workers feel like fools. It has to be taken lightly and the spirit of celebrating this special day allows one to utter lies, even the media engages in hoaxes and wild goose chases. People enjoy the fun and postpone their worries for a future date.

For traces in history, one can find an illustration of 19th century highlighting numerous April fool’s pranks printed in Harper's Weekly. The contents show few of the pranks lead by ladies sporting beards and moustaches imitating an older guy.

April fool’s day pranks for kids are probably the easiest pranks, which generally have kids informing their friends that their shoelaces are undone. If the foolish victim happens to check this, the kids scream "April Fool" happy to fool the friend by having them glance at their feet.

A relevant Aprils fools day prank’s reference was discovered in a fifteenth century poem by Eloy d'Amerval, a French choirmaster and composer. The poem is titled “Le livre de la diablerie”; it uses a popular French phrase "poisson d'avril” which means April Fish for an April fool. However it is unclear whether or not d'Amerval's utilization of this phrase is responsible for the origin of this special day. He may have altogether meant the phrase merely to imply a foolish individual, not really thinking that one day the world will be crazy enough to celebrate it.

Court jesters were associated with the April fool’s day from a very long time and the arena, circus venues gave them opportunities to spread and flourish in the eastern countries. This period in the history dates back to the time when they were well-paid attendants of Europe’s Royal Courts. These jesters came from a wide range of poor and middle class backgrounds, from peasants, laborers, gymnasts and were able to carve a niche into the social ladder. We are often reminded of the worthiness of the jesters; for instance when Shakespeare’s King Lear was wandering alone in the woods, the only thing he wanted was the proximity of a fool, the famous jester.

Have you played pranks on April Fool's Day?

5 Crazy Pranks To Play On April Fools Day from YouTube

One of the most famous April Fool's jokes published and participated by the media include:

The most funny and weird media hoaxes of all time was pulled out on 1957 by the BBC on 1st April. It is definitely one of the most popular practical deception of such magnitude that made audience believe the depth of the story staged perhaps for the first time by the electronic medium of television. It was a perfect example to be staged as successful and popular April Fool's Day gimmick.

What follows is the complete drama written by David Wheeler and narrated by Richard Dimbleby which the television viewers of Panorama heard. The original clip of the Swiss Spaghetti Harvest hoax can be viewed on the BBC's website.

The entire show was broadcasted on the news program Panorama that conveyed there was a super-duper spaghetti harvest in Switzerland. Swiss farmers were happily rejoicing the bumper harvest thanks to the utterly favourable weather. Staged video footage displayed peasants happily plucking strands of pasta from tall trees. The act was so real and convincing that the TV viewers actually called the network and wanted to know how they can grow in the farm themselves.  One of the viewers wanted to verify whether the spaghetti grew vertically, according to him; it should have grown horizontally on the trees. In another case a family called to check the possibilities of this viable growth, the husband believed it grew on some bush whereas the wife had the theory of spaghetti being made by wheat and flour. We of course know who was right – but both husband and wife were unable to convince each other. To the many hundreds of callers the BBC’s response was – "Place a sprig of spaghetti in a tin of tomato sauce and hope for the best."

WriterArtist, It's charming that Norman Rockwell signed his name upside down in the depiction of the man, on skis, fishing on dry land.
I had a laugh last week when I saw the Internet "news" article about a spacecraft landing on the sun that would be taking place during the night! April Fool pranks can be quite funny.

I can't believe the spaghetti harvest thing, that people can be so utterly clueless about the world they live in.

I didn't know that April fool's Day toys are available from Amazon! Enjoyed reading this :)

Did you know the exotic brew for January’s Blues and Freezing Winter Temperat...

The Scary Clown Faces from History – Anecdotes for Halloween

We have the strongest persons who are not afraid of ghosts and demons but sca...

Flower and chocolates are considered the most popular romantic gifts. However... 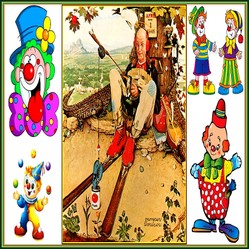 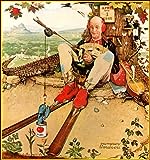 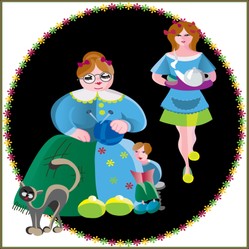 Did you know the exotic brew for January’s Blues and Freezing Winter Temperatures is tea?
61%  7   6 WriterArtist
Halloween Stories 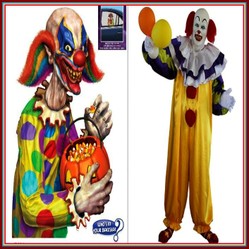 The Scary Clown Faces from History – Anecdotes for Halloween

We have the strongest persons who are not afraid of ghosts and demons but scared of scary clown faces.
33%  3   5 WriterArtist
Valentine's Gifts for Her 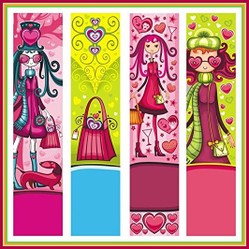 Flower and chocolates are considered the most popular romantic gifts. However, these trends are changing. Geeky devices, handsets and tablets are fast becoming people’s favourites
Loading ...
Error!