There is an unusual Pomeranian named Boo. This particular dog has Over 5 Million Fans on Facebook. Boo is a wonderful oddity. His owner chooses to remain anonymous but uses the pseudonym J.H. Lee. Boo's Facebook page was launched in 2009. You should check it out.

Boo is a Pomeranian breed of toy dog. The Pomeranian descends from the Wolfspitz and some of its extended family include: German Spitz, Chow, Akita, Alaskan Malamute and Samoyed. In the late 1800s Queen Victoria owned Pomeranians. This breed originated in the Far North regions of the planet. So the first AKC standards were from England and then later they began breeding and showing in America and it was recognized by the AKC here in the US in 1900. They are expected to be moderately muscled, sturdy and well balanced in spite of their size.

Pomeranians are easy to identify by their profuse coat which is double. They possess a soft undercoat and a much coarser and thicker outer layer of fur.

Did you know that The second Sunday in September is National Hug Your Hound Day!

The cute Pom in the bath photo was taken by gunsnrosesgrace and is from PhotoBucket Public Domain.

Pomeranians Have a Thick Heavy Coat

They require a lot of grooming to keep them looking beautiful! Try to groom your Pom weekly or daily if possible to keep control of the shedding. You will catch the lions share of the hair in the comb. Any of these combs should do the trick. Keep your dog looking fine!

Click here for grooming supplies for this little breed of dog.

Keep Your Dining Table from Burning with this Pomeranian Trivet

Teach Your Pomeranian Some Impressive Tricks

First he or she needs to learn the basics such as potty training and walking on a leash. Be sure your dog does not bark or bite. But Poms are very bright and the sky is the limit in what you can teach to them.

A good place to start is here Training Your Pomeranian.

Gift Someone this Sweet Pomeranian Pillow

Get Your Pom This Pretty Bowl

Keep It Healthy and Make its Coat Look Great

An average adult Pomeranian should weigh about 3 to 7 pounds or 1.36 to 3.18 kilograms. Try to help your dog maintain his weight in this range, not to thin nor too heavy. You should check it's weight once a week.

A Pomeranian in the Furry Scurry Parade and Fund Raiser

Give Your Child or Grandchild some Pomeranian Luggage

More Interesting Articles to Check Out

Gifts for the Cat Lover in Your Life
Are you shopping for someone who loves cats? This is the place to find unique cat lover presents.

Flex your creative muscles and start writing on-line for free.

Just cut and paste the text below the image and get started today!

Comments: Do you have a Pomeranian? Please say hello!

Congratulations on your new bundle of love!

I just took in a Pom last week, tomorrow I will have had her a week. I had wanted one, and low and behold a neighbor was walking two down the street that were 2-3 years old that needed homes. I took one of the couple and she has a wonderful disposition. We do have some work to do on the housebreaking, she uses pads, and misses sometimes. She is also in heat right now so maybe things will settle when that is done and we have her "fixed"...but I'm in love! I'll probably do a page about her sometime. We had to say goodbye to our Yorkshire Terrier 2 years ago in August, and it took this long for me to be ready for another dog.

This hound dog is a very popular pet. Learn why families love this dog.

Focus on the Rough Collie

This article will familiarize you with the Collie breed of dog. It will disc... 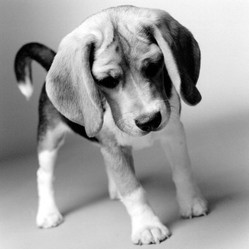 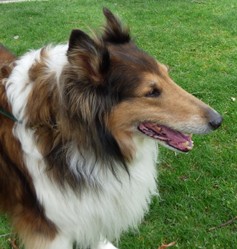 Focus on the Rough Collie

This article will familiarize you with the Collie breed of dog. It will discuss the pros and cons of owning a collie and will feature some fun dog related items.
Loading ...
Error!