Every historical and current scrap of fan fiction has disappeared from the world. Should we be cheering?

It doesn't matter how it happened - what strange mixture of time travel and global prohibition rendered it the case.

All that we need to know is that all fan fiction was wiped from the face of the planet.

I'm not just talking about the contents of fanfiction.net (nor its mature sister site adultfanfiction.net). I'm referring to everything.

From every doujin counter, bookstore and library; every fanzine, magazine and pamphlet; even from every hard-drive, notebook and lever-arch file. The fan fiction is all gone.

So what have we lost?

As fanboys go, the Bard of Stratford is one of the biggest culprits of all. We'll practically have to ditch his entire collected works. 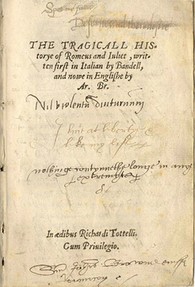 William Shakespeare did enjoy the novellas of Italian author Matteo Bandello.  He loved them so much that he nicked no less than four plots from him.

Of course, no-one noticed because the originals were all in Italian.  (Shakespeare himself had to read them through the English translations of William Paynter and Arthur Brooke.)  Nevertheless, the bard took characters and story-lines intact, then rewrote them in his own words.

Cymbeline, Romeo and Juliet, Much Ado About Nothing and Twelfth Night all have to be scrubbed from the libraries of the world.  They are fan fiction.

Of course, if we've lost Romeo and Juliet, then it's also time to kiss goodbye modern derivatives, like West Side Story.

It's not only Bandello's work being given the fan fiction treatment under Shakespeare's quill. Saxo Grammaticus, the 13th century author of Vita Amlethi, might have recognized the plot of Hamlet. There was quite a vogue for fan fiction based on it during Shakespeare's time. His troupe actually performed Ur-Hamlet, a play based on it, before the playwright decided that he could do better.

We can also spy bits of Ovid's Metamorphoses and Chaucer's The Knight's Tale in A Midsummer Night's Dream.

Let's just declare William Shakespeare to be a serial fan fiction writer and wipe his works from our world.

Buy these collections to judge for yourself how readily this fanboy rewrote his favorite tales. Mind you, he did quite well. Some are better than the originals.

Where Did You Get That Hat, Mr Holmes?

Never once, during the entire adventures of Sherlock Holmes, did he turn to his companion and say, "Elementary, my dear Watson."

At least he didn't in anything written by Arthur Conan Doyle.

In 1899, when the British actor William Gillette ad libbed a dramatization of the character, he said it. Or something close to that.  It became a fan favorite; and it was picked up in the Sherlock fan fiction of PG Wodehouse in 1915.

In short, the famous catch-phrase is fanon and therefore it has to go.  While we're on the subject, the deerstalker hat was added in Sidney Paget's fan art.  They were published in The Strand magazine, so became indelibly imprinted in the fan consciousness.

However, we have to return Sherlock to canon.  The phrase and hat must go.

E.L.James's trilogy was the sensation of 2011, with a movie in the making. But as fan fiction, it's now gone.

In its first year of publication, 50 Shades of Grey took over the world.  Its 31 million copies outsold the Harry Potter series worldwide.

But the trilogy started life as Twilight fan fiction.  Christian Grey and Anastasia Steele are, in fact, Edward and Bella.  In the original renderings, the stories were available on-line, but got pulled when their popularity suggested a real life book instead.

However, we are now in a world without fan fiction, therefore it has to go.  Changing the names means nothing, as it wouldn't have been written in the first place.

None of this would have ever existed.

Mind you, Twilight's author Stephanie Meyer can hardly sniff.  She comes from a long line of vampire fan fiction writers, who have experimented with John Polidori's ideas.

Until he wrote The Vampyre in 1819, you'd have none of this vampire-passing-as-a-human-being nonsense.  Previously these monsters had been snarling, bestial and stinking of the grave; or else they had been misty, insubstantial things.

Polidori's Lord Ruthven was very different.  He could get close enough to humans, to prey upon them, because he looked human himself!

Any vampire novel taking that same characterization since has to be considered fan fiction.  Out goes Dracula, all of Anne Rice's Vampire Chronicles, The Lost Boys, Blade and ultimately Twilight.

Just call them fifty shades of nothing.

It's a story that's had centuries worth of fan inserts, which have become the standard canon. So what would the legend of King Arthur look like without them?

In a world without fan fiction, you'd better learn Old Welsh fast and get used to sifting through fragments.

It's impossible to tell what would be lost from Arthurian sources dating before the 12th century, but we can certainly kick out fanon elements from afterwards.

From Geoffrey of Monmouth alone, we have to remove many people and legendary scenes, which many don't even realise weren't canon. Amongst his original characters were Merlin, Gorlois, Uther and Igerna (Igraine). They will have to go, alongside the whole fan fiction of Arthur's birth at Tintagel.

The abduction of Gwenhwyfar (Guinevere) is another of Geoffrey's additions, as is the interpretation of Medraut (Modred) as a baddie. Until the 1130s, he had merely fought with (does that mean against or alongside) Arthur at the Battle of Camlann.

Finally, no more Avalon. That was another of Geoffrey's fan insertions. Quite a popular one though.

The character of Lancelot was Chrétien de Troyes's Gary Stu from the 1170s, so he'll have to go. All of that courtly love, including the affair between Lancelot and Guinevere, and the chivalry aspects were written to impress Marie de France and her noble ladies.

This was also the moment when Arthur and his men started prancing around in full suits of armour, and calling each other 'knight'. They all become firmly Christian and start hunting for the Holy Grail.

All fan insertions and therefore all disappeared.

Let's move onto the 13th century, because fan fiction there went into over-drive. From the Vulgate Cycle, we have no need to wipe out the first eight volumes, as they all relate to Merlin or the Holy Grail. They've already gone.

*Skims through and erases Galahad.* Lancelot was already a fan insertion. Giving him a son doesn't make him less so. We should also lose the Round Table that's just appeared.

Oops! Morgan Le Fey nearly crept in there. Slightly shaky ground here, because she was based on either Anna, Morgause or Gwyar from the old Welsh legends. We don't know which of those are fan names, so at least two will have gone. She was just Arthur's sister then.

Chrétien extended her role to make her Guinevere's lady in waiting, but that was only to have someone loyal to Arthur around. He needed the plot device to move his love affair narrative along. Morgan could tell her brother all about the couple and make it all dramatic. Chrétien did enrich her personality a bit by saying she was good at healing potions though.

Which was all that the fan fiction writers of the 13th century needed to create something really juicy. If Morgan can heal people with herbs, then doesn't that make her a bit witchy? Link her with Merlin and suddenly we have rampant supernatural business going on.

I don't think we need to go any further. We've already erased the elements that have been constantly rewritten and reinterpreted ever since.

So let's settle down and enjoy the Arthurian Legend, now that all of the fan fiction has gone from it!

Much better, don't you think?

Ok, if you must have fanon elements in it, then buy the best in the genre.

Creating a Character in Fan Fiction
The canon personae are already established. Your original characters need your help. Your imagination breathes life into both.

Creative Writing: Fan Fiction Versus Original Stories
When you take someone else's characters and fictitious world, you are effectively plagiarizing. So why put in the effort on tales that can never be published?

Introducing an Original Character into Fan Fiction
Original characters can make or break fan fiction. Discover tips and tricks for writing people who complement the canon.

Are We Too Paranoid About Mary Sue?
Fear of writing a Mary-Sue (or Gary-Stu) might put people off becoming authors. It's the stop word which destroys a story all too easily.
Updated: 07/11/2014, JoHarrington
Thank you! Would you like to post a comment now?
5

What other books will go in our world without fan fiction? What will you miss?

Yep, you can forget the whole sword in the stone thing as well. That was fanon too.

It's hard work to find anything today that's close to the original. Too much fanon has crept in. Stephen Lawhead did make some attempt to return everything to their historical setting though. He's taken out much of the medieval fanon and plonked it all as it would have been around Geoffrey of Monmouth's day.

Without reading the translated fragments of ancient Welsh texts (themselves fanon), then you're not going to get there. The trouble is that those fragments literally are just that - fragments.

I'm glad that I lured you to this corner of the internet. <3 Enjoy Wizzley!

I love T. H. White's "The One and Future King,", but I guess that has to go too...
Out of all English versions of the Arthurian Legend, which would you say is closest to the original? I'd like to read it!

I discovered this site the other day - via your Runescape articles - and I'm really impressed by it, so thank you!

Oh! I hadn't even thought of the movie side of things. Yes, they'd all have to go too. Only movies with original scripts. Things would be horrifically dull there!

Have we now also lost all films based on books? Things seem like they'd be a lot duller without fan fiction...

There is a school of thought which says that it's merely writing 'in a tradition' or 'in a genre'. It looks, smells and tastes like fan fiction to me. LOL

OH, I get it! I need to pay more attention. I knew about Shakespeare and Sherlock and King Arthur. Interesting train of thought!

Mira - I'm just happy that you're leaving comments. It's always great to get feedback. That hat was such early fanon, that Conan Doyle hadn't yet finished writing his stories. That's why it's been so indelibly impressed upon us.

I had a similar reaction when I realized that Matt never had red hair and green eyes in Death Note. That's pure fanon too!

Ragtimelil - Fan fiction is when you take an author's fictional world, and write your own (or continued) adventures within it. Some fan fiction is absolutely excellent, like, for example, Shakespeare's plays.

LOVE the hat. But what exactly is fan fiction?

When you take someone else's characters and fictitious world, you are effecti... 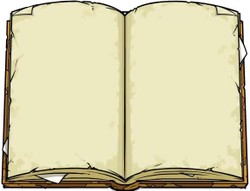 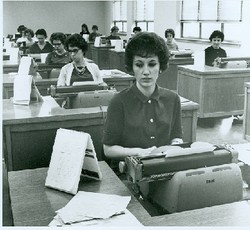 When you take someone else's characters and fictitious world, you are effectively plagiarizing. So why put in the effort on tales that can never be published?
100%  24   19 WiseFool
Stories