Would You Buy Your Child Toys That Poop?

Every parent loves to give his or her kids a present – a Gameboy or Lego set perhaps? Even a video game or other toys, maybe? How about a doll with a pet that simulates defecating?
That’s exactly what you get when you buy a new and very popular line of fashion dolls by MGA Entertainment’s Moxie Girls line of toys. The Poopsy Pets were introduced in 2013 and have expanded since then to include more animals that simulate eating and pooping. Really!

Take for example the Moxie Girl doll that has a pet panda that proclaims boldly on the box, “I Poop Bamboo!” There’s another Moxie Girl doll with a pet elephant that boldly trumpets, “I Poop Peanuts” and on the front of the box indeed there is an image of an elephant defecating peanuts in quite graphic fashion. Tigers, rabbits, and other creatures are available as well, all with the ability to take a dump. On Amazon.com you can find the dolls for between $20 and $40 each, but many other toy shops carry them too. There are also descriptive YouTube videos online and, of course, the requisite social media pages on the likes of Facebook and Twitter.

Apps That Feature Pooping As Well

Not satisfied with just a doll and her companion? Well, you can also download a free app that promises “a magical Poopsy Pet all your own to care for and take on magical adventures! Nurture your pets by training their abilities, giving them toys to play with, and even teaching them how to poop in magical ways. Then embark on an enchanted journey where matching fruits and magic poops are the only way to save the world from evil beetles.”

The dolls/pets make me wonder – and perhaps you as well – what on Earth are people thinking? Have we become so desperate for entertainment for our children that we have to resort to this? And, the products are labeled as appropriate for three-year-olds and up so perhaps this is a means to potty-train children, but there must be more effective ways of accomplishing that task, aren’t there?

While some people take the products in gest, finding them funny and whimsical others with one reviewer on Amazon saying, “My life was incomplete without a rainbow-pooping unicorn amongst the many unique toys decorating my professional office.” However, there are critics as well. A number of people have noted the clear display that warns “choking hazard,” which should give any parent pause.

Perhaps I’m too old fashioned, but as a child I recall being so happy to get a coloring book and crayons, maybe a bat and ball, even a science kit or an Erector set, if anyone remembers that. But, I would never imagine that I would be infatuated with a toy that features pooping animals. Sure, it’s funny for a while and adults seem to be getting a bigger kick out of it than the children it is intended for. Children do seem to like it – if only briefly before the pieces of poop get lost, broken or the toy doesn’t work anymore. However, as parents – or even an uncle that might give my relations a toy – I can’t see these types of toys as being the one thing I would hope to have them find under the holiday tree or at their birthday party. There’s a sense of crudeness about it that I would hope we could spare a three-year-old. Sure, they’ll eventually get their world filled with such things and worse in movies, video games and the like. But, why can’t that sort of stuff wait a few more years?

TheWritingCowboy, Do they have civets and elephants that eliminate beans for Kopi Luwak and Black Ivory coffee? 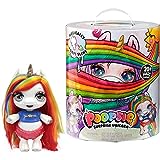 Does every single Disney Princess have to be hot to trot? Good grief. Why couldn't they leave Merida alone? She was SUPPOSED to be different!
100%  16   11 MikeRobbers
Mickey Mouse Clubhouse