This article focuses on the tag-team aspect of Professional Wrestling, both past and present.

Twelve years ago the word "tag-team" was synonymous with a few infamous wrestlers. Namely, these were The Hardy Boyz (Matt and Jeff Hardy), Edge&Christian and The Dudley Boys (Bubba-Ray and D-Von). These days tag-team wrestling in the American promotions are used as filler matches, and the titles bear little meaning in the grand scheme. But it wasn't always that way. Together, let's take a look at a more glorious era of the tag-team.

Once upon a time, tag team meant unpredictability, cohesive units, excitement and teams with gimmicks. What happened? 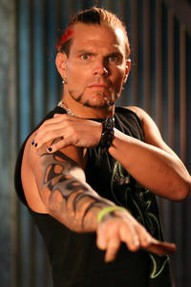 On August 27th, 2000, the world bore witness to a new kind of spectacle which would inspire a wave of innovative matches. This was of course the Tables, Ladders and Chairs match, featuring The Hardys, Dudleys and Edge&Christian, and was for the WWF Tag Team Championships.

This match was the boiling point after a series of matches throughout the year, such as their infamous Triangle Ladder match at Wrestlemania XVI, and was brought together with the speciality weapon of each team. The ladders were symbolic of the Hardy's high flying antics, the chairs were representative of Edge and Christian, with their signature concussion-giver, the "concerto", whilst the table was naturally brought into play by the Dudleys, who were renowned for their chants of "Get the tables!"

This iconic match saw a number of death defying stunts, such as being thrown from the top of a twenty foot ladder through a table at ringside, some 25 feet below, and gave way to arguably the most exciting and memorable tag team period in the history of Pro Wrestling. Certainly, it paved the way for the most famous years to come.

It's also worth noting at this point, that, whilst the creation of the TLC match makes a nice point to begin our journey, tag-team wrestling was an established art years before this. One need only look at the most famous teams to see some of the vast array of teams that the Wrestling landscape once held. The Rock'N'Roll Express, Road Warriors, The Legion of Doom, The Nation of Domination, The Steiner Brothers and Harlem Heat all give a great insight to how mighty tag wrestling once was.

Which of the three teams were you rooting for?

A Decline in Tagging

If you're a fan these days, you'll probably associate the word "tag-team" with "Holla!" 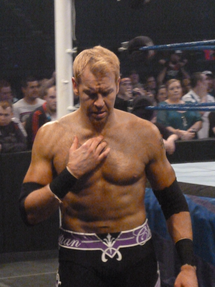 However, as they say, all good things must come to an end. This proved to be true when all three of the aforementioned teams were split up, with some of the six men finding more tag-team success, whilst two (and eventually three) of the six went on to become multi-time world champions. Edge retired in 2011 an eleven-time world champion, whilst Jeff Hardy claimed a number of world titles before hopping ship to TNA wrestling. Christian (left) would eventually grab two World Heavyweight Titles in honour of Edge following his retirement, but was never given enough time to prove the critics wrong, and show he belonged in the world title hunt.

These days, the tag-team match is usually the main event for either Monday Night Raw or Friday Night Smackdown. Usually announced by Theodore Long as his way of "keeping the show exciting", featuring either four or six of the main eventers on the brand. Seldom do we see any actual tag-teams formed, rarely do they last longer than six months and even less often do we see any reasoning behind their pairing, such as the teams of brothers, childhood friends or villians with a common cause we were once so fond of, whilst those teams that do make sense are, somewhat oddly, pushed to the side for other talent.

If your ears can withstand 1 minute 20 of dubstep - this comedic clip shows the state of tag-team wrestling today.

Where did it all go Wrong?

But the descent into unimportance was not an overnight transformation. Far from it. After the glory-days of tag wrestling in 1999-2002, many formidable and wacky tag teams were formed. On the funnier yet memorable side we have the team of BookDust (Booker T and Goldust) who proved that with the right attitude and some creativity, two wrestlers at the seemingly opposite end of the spectrum can make it work. 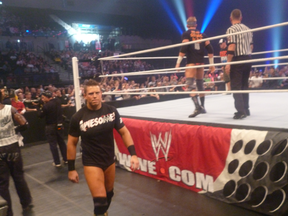 On the less serious side of things we had the two "pretty boys" Billy&Chuck, who took an otherwise difficult situation and turned it into a successful tag team.Whilst on the spookier end of the spectrum Kane and RVD would team in a combo of high flying offence combined with the "big-man" role.

in 2009 DX (Shawn Michaels and HHH) took up arms against the formidable teams of Jeri-Show (Chris Jericho and the Big Show) and Rated RKO (Randy Orton and Edge), whilst the latter had previously raised the tag-team gold with none other than Hulk Hogan himself!

In 2012 however, the tag-team landscape looks somewhat bleak. There are few legitimate teams in sight. The Uso brothers, twin sons of Rikishi, are somehow overlooked in favour of other teams, despite their wide and solid moveset and seamless meshing that can only be achieved through a lifetime of knowing your partner.

The short lived duo of The Miz and R-Truth (pictured above), seemed to have all the ingredients for a successful main-event tag team in 2011. However, after their decimation at the hands of John Cena and The Rock, a 30 days suspension for drug use (R-Truth) and a lack of other main-event (or any kind of team) to feud with, the duo quickly disbanded, with similar circumstances destroying the heavily marketed team Air-Boom of Kofi Kingston and Evan Bourne. The belts are rarely featured on the A or B-list shows of WWE and very often are left out of the Pay-Per-Views altogether. But is there anything the WWE can do with their current talent roster?

Can Tag team wrestling be revived and made relevant? How?

Yes, tag wrestling can be made relevant again

It seems to me that if promoters just let 'natural' tag-teams form, instead of forcing strange partnerships, then the glory days would come again.

hmmm it could be with the standards of the old tag team rulings in practice, take away the glitter and glitz ...

It's a yes from me, but it is going to take a lot of time, and long term effort, as well as putting some faith into legitimate wrestlers again. My full opinion on the matter follows.

Is this the end for the Tag Titles?

Not quite. Rebuilding can happen, given time, effort and teams in it for the long haul!

By no means count the division out for the count though. There have been signs of the world famous Kings of Wrestling team making their way into the WWE. Whilst elsewhere within their own roster, WWE harbours teams such as The Usos (mentioned previously), Epico and Primo (cousins), R-Boom (Kofi Kingston and R-Truth). 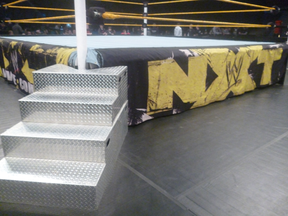 Floating around the company are also a host of other wrestlers, particularly from NXT. On this show (searching for the next breakout star) "rookie" wrestlers are paired with established wrestlers in the WWE. In this sense some of the pairs are already capable of becoming a tag-team, and this would be a great way of utilising some of the hidden gems within the roster, and has been used repeatedly, but more commonly with the "rookie" becoming a lackey for the pro. We've seen examples of how well this can work with Chris Jericho and Wade Barrett, The Miz and Alex Riley and Brodus Clay and Alberto Del Rio.

It must be stressed though, putting the teams together is simply not enough. To make this count it's vital that you re-introduce actual storylines into the tag-team division. Make the guys aim for the gold and feud with eachother over it. Give the factions backgrounds (such as the New Hart Dynasty circa 2010/11). Give them time on the microphone. Give them matches that last longer than 5 minutes. Introduce more gimmick matches into the tag team division (Raw and Smackdown frequently saw gimmick tag matches), even the simpler kind such as elimination matches.

Most importantly however, stop pulling the teams apart every time one of the duo shows promise! The biggest issue is teams don't last more than 5 minutes before becoming singles wrestlers. Some teams need to be just that, teams. If the superstars can't keep it together for more than a five minute period how can they be expected to be genuine and credible tag-teams?

This article was just one of my articles suggesting improvements within the Pro-Wrestling industry (specifically within the WWE), to read the full list of ideas you may like to browse some of my other articles, by following the links before.

I would also like to take the time to stress that the opinions here are strictly my own, and all readers are more than welcome to voice their own in the comments, regardless of your standpoint on the issues I attempt to raise.

Thanks a lot :)
It's quite funny really, what you said about the second Hardy. In the majority of great tag-teams there's always one guy that goes ahead and becomes a superstar, whilst the other seems to fade from the spotlight.
For instance, not many people will recall the fact that Shawn Michaels once teamed with Marty Janetty. Christian was never on track to becoming a WWE world champion before the retirement of Edge. Matt never hit the main event whilst Jeff won a number of titles.

I'd forgotten that there was ever a second Hardy boy! Jeff seems to have stolen the limelight somewhat...

And a definite plus one from me on what Katie said!

Great articles on wrestling, your creating some very impressive articles and what a nice addition to our collection of writers here. Welcome and much success to you.

Some of the key problems with Professional Wrestling today, along with some potential solutions.
32%  4   3 Jethraw
Wrestling 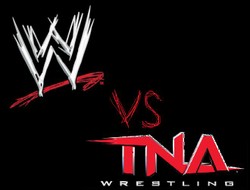 After the demise of WCW, a new company was born. This company was Total Nonstop Action Wrestling. On their 10th anniversary, have they finally achieved ultimate success?
Loading ...
Error!