Wrestlemania 28 - John Cena vs The Rock

As the biggest match in WWE history approaches, have WWE done all they can to maximise their success?

It's been almost one year to the day since the main event of Wrestlemania 28 was announced, as John Cena vs Dwayne "The Rock" Johnson. Since then the two men have seldom had contact, with no violence since November's Survivor Series Pay-Per-View. It must be asked though, was this the right way to go? 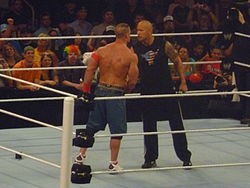 As two of the pro wrestling industry's biggest stars of all time agreed to something unprecedented, a match at Wrestlemania 28, almost a full year away, shock waves reverberated around the entire world.

Never before had a match been announced this far in advance, for any Wrestlemania. More questions were posed than answered by this surprising swerve, many of which were answered over the coming months.

Would The Rock be returning to full time competition? Would the match by for the WWE title? Who would be the good guy headed into the match? Is it finally time for a Cena heel turn?

The answers proved to be no, no, both and no. However, the genuine intrigue that arose as a result of the announcement never went away. Now, with the most anticipated match of all time only six nights away, it's time to pose the question: Have the WWE done all they can?

Missed the back story? Purchase your DVDs to catch up, before time runs out!

For Dwayne "The Rock" Johnson's part

On February 14th 2011, it was announced that The Rock would be the guest host of the annual Wrestlemania event. This monumental announcement coincided with The Rock's first appearance in a WWE ring for over seven years, and immediately began the feud with Cena.

The physicality between the two men began on the Raw before 'Mania, during which Cena delivered the Attitude Adjustment to close the show. The Rock's rebuttle came on the grandest stage of all, and came in the form of a Rock Bottom, costing Cena his WWE title match. 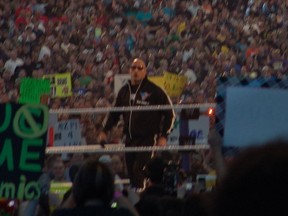 Following the April 4th edition of Raw, The Rock made sporadic appearances on WWE programming, mainly "via satellite". The Rock's much hyped in-ring return came in November 2011, at Madison Square Garden for the Survivor Series Pay Per View, in which the two opponents came together to face The Awesome Truth.

This in-ring return proved to the world that The Rock did indeed "still have it", however, his appearances since against Cena have been strictly non physical, (he did once rock bottom Mick Foley during a "This Is Your Life" segment), instead opting to repeatedly electrify the millions and millions with the spine chilling promos that have become synonymous with Dwayne "The Rock" Johnson.

For The Rock's part, he has most definitely hyped this feud to the most of his potential, especially given the very limited capacity he has been able to provide the WWE audience with.

John Cena was arguably given the more formidable task of carrying a feud, not only for a year, but for a man who rarely appeared on the broadcast, and even then few of the appearances were physical appearances. To his credit, he took to this task brilliantly and excelled in promoting the feud. 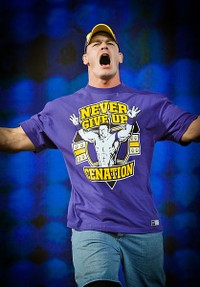 Cena did not live up to his word of retaining his WWE title until 'Mania to defend against The Rock. However, the feuds that Cena have engaged in have excelled the feud in brilliant, if somewhat abstract manners.

The most notable of Cena's feuds have been against Kane, who was attempting to force Cena to "embrace the hate", the interesting part of this is not that Cena overcame, but that Cena overcame to the defence of "the people" of the WWE Universe, of whom The Rock is "the champ".

Cena also dipped into his past on two occasions and returned to his old-style gimmick of a white rapper in his deliverance of promos to The Rock to further the feud, which have gone down a treat with the fans and have even begun to win him some fanfare headed into Wrestlemania.

As such, Cena too cannot be accused of not bearing his brunt and pushing the feud to it's fullest capacity.

Do you feel WWE have built this match to the best of their abilities?

Bearing all this in mind, is it fair to say WWE have done all they can? 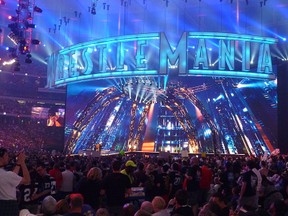 As such, the only remaining factor is the WWE. As a company who excel in their video packages, they have indeed provided an unparalleled wave of hype both through media and aired video packages, airing them the world around and back again.

These have indeed hyped the match to epic proportions and can be justified in their claims that this is a "once in a lifetime match", as well as being "the most anticipated match of all time", having excelled in managing to burn the flames of a feud for almost 12 months.

Whilst this is something that has never been done before, and has worked almost perfectly, it must be hoped that this does not become a regular occurrence, as, despite all it's positives it should be viewed as a one-time-only opportunity to keep the prestige of the match in years to come.

Then I very much look forward to hearing it!

Yeah, The Rock (Dwayne Johnson) left the WWE around 2002 after his acting career took off. His first major part was in The Scorpion King. Since then he's really become quite a household name, starring in a number of blockbuster hits, alongside some even bigger household names. It's really quite a story.

Even I've heard of this pair. My nephew has spoken about them, along with Jeff Hardy.

Was the Rock an actor too? 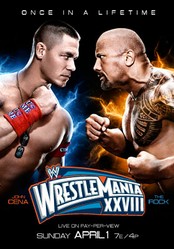