WWE - The Age of the "Character"

This article takes a look at some of the more colourful wrestlers of the past 20 years or so, and asks, are they really necessary?

There has never been a shortage of "gimmick" wrestlers in the WWE, or the pro wrestling industry in general. Making a small scratch at the surface of wrestlers, you can gaze into the past and see some of the most scary and wacky characters ever to grace a television set. Nowadays, more and more often a wrestler's real-life name, or some kind of variation is commonplace in the squared circle. Have we reached a point where it's no longer essential to be presented with the stuff of myth and legend?

Taking a look at the traits that define a "character".

If you look up the term "gimmick" it will inform you that a gimmick is a wrestler's character, or one of their distinguishing traits.

One need only scratch the surface of the past to see a huge number of characters throughout the fabled existence of the Pro Wrestling industry. Some of the most famous and serious examples include Sgt. Slaughter, The Iron Sheik, Andre the Giant, The Ultimate Warrior and perhaps the most famous of all, The Undertaker. 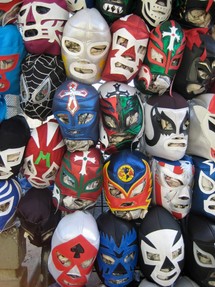 It could be argued, that what we see today are gimmicks. "The Viper" Randy Orton, "The Awesome One" The Miz, "The Mexican Aristocrat" Alberto Del Rio. Whilst these nicknames do give us an insight into the background and personality, for better or worse, they do not present us with the surreal we've witnessed in the past.

In a period where the main event scene of the WWE consists of such names as John Cena (real life - John Cena), Randy Orton (real life - Randal Orton), Daniel Bryan (real life - Bryan Danielson), Chris Jericho (Chris Irvine) and where wrestling icon, The Rock, is commonly referred to as Dwayne "The Rock" Johnson, it begs the question - where did they all go?

Experience one of the greatest characters of all time's illustrious career - The Phenom - The Undertaker.

Characters with a Future

The last statement may have been a fully loaded one - it's not all doom and gloom!

Whilst the question "where did they all go?" seems to suggest a complete lack of characters - this is not the case. The WWE still plays host to Kane, The Undertaker, CM Punk, Triple H, The Big Show and Rey Mysterio, to name but a few. 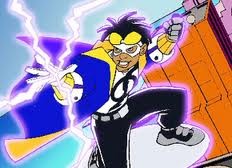 However, it is important to note that of the 6 wrestlers previously named, only one remains under the age of 40 (CM Punk).

Only Kane, The Big Show and CM Punk are permanent fixtures on the show. This in mind, it is surely not an absurd idea that within the next 5 years you'll be able to count the number of "character wrestlers" on one hand?

Looking at it from a different perspective it can be seen that 3 of the 4 singles (male) titles are held by "real name" wrestlers. The World Heavyweight Champion is Daniel Bryan. The Intercontinental Champion is Cody Rhodes, whilst the United States title is held by Santino Marella. Clearly, domination by character wrestlers is a thing of the past.

Goldust - The Bizarre One

Goldust. A gimmick that has been floating around for 15 years or so, shows why the gimmicks are literally... worth their weight in gold.

Is there even a place for gimmick-characters in 2012?

Maybe it's time to face facts... maybe there is no place for the wacky and eccentric in 2012? 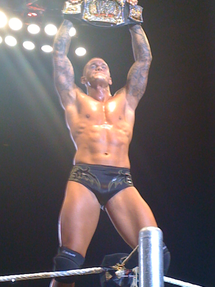 I do realise, however, that the other side of the argument may be that there is simply no need for such characters in 2012.

In our current society, maybe people enjoy being able to look up to role models such as John Cena and Randy Orton. Everyday guys who set examples for modern society.

Maybe the future of the industry should lie on the shoulders of the "real guys", such as Randy Orton (pictured left).

It's obvious that professional wrestling is no longer the business that it once was. There's no longer an air of mystery around it. People are pretty well informed of the fact that the moves are in fact perfectly safe and that 99% of the time the wrestlers aren't injured.

People are aware that, as thrilling as it is, for the most part, two guys embroiled in a fierce battle are not mortal enemies in real life.

As such, maybe there is a perfectly good case to argue that as the wrestling industry becomes more open, the business should be more down-to-earth in it's characters to preserve the possibility that what we see is something we believe.

Do you believe "larger than life" gimmicks belong in the industry?

Do we need gimmick wrestlers?

Buy a DVD and see what characters the gimmicks have brought us for yourself!

Let me answer my own question with a few more questions.

Isn't the wrestling industry built on these larger-than-life icons?

Isn't Pro Wrestling a sport which requires us to suspend our disbelief for a few hours, to truly engage with what we see?

Do we not cheer when the good guys finally overcome the bad guys?

Or maybe we giggle with glee when the villains finally gain the upper hand over the heroes? 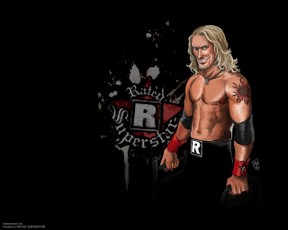 In a sport founded on the backs of these characters, a sport whose most glorious days were filled with these characters (and I'm talking way back into the early 20th century, all the way up to around 2005), surely a key for success can be found in these wrestlers?

At the end of the day, in order to truly enjoy the product, we have to stop believing that what we see isn't real.

If we do that when watching a guy get punched in the face 50 times and still stand up, why shouldn't we continue to believe The Undertaker really has risen from the dead a thousand times, and that The Million Dollar Man really does always get what he wants?

If you enjoyed my views on this aspect of Wrestling, feel free to browse other articles with my views and criticisms.

Wrestling - The Art of Teaming
This article focuses on the tag-team aspect of Professional Wrestling, both past and present.

Personally, I feel it is the gimmicks that add to more or less everything.

I mean, I know I touched on this in the article itself, but as a fan, I'm more than willing to suspend my disbelief. I'm perfectly willing to accept that what I see isn't necessarily "real" per-se, but when I watch, I put myself in the mindset to believe it is real. On that line of thought it's logical for me to enjoy seeing the characters and believe in everything they say, do and are.

In my limited experience, it's the gimmicks that adds to the whole theatre of wrestling. It turns a sporting bout into an event.

I know that when wrestling fans (yourself included) have called me to see something stunning, there have been theatrical elements involved. If they went, then I feel that it might reduce the sport a bit. It would all become too boring perhaps? 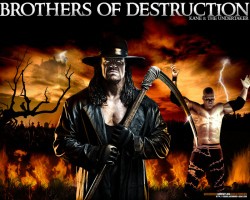