X Factor across the pond

UK talent show X Factor has been an annual event since 2004. The brainchild of UK entrepreneur Simon Cowell X Factor has brought fame to some, not least Simon.

In September 2004 Simon Cowell launched a brand new talent show in the UK. It was in essence a music competition but one with a slight twist. In the UK we had become used to young people competing in shows such as Pop Idol but what about a broader group of potential singing sensations?

The contestants would form categories such as girls aged under 25, groups and contestants aged over 25 to allow a wider range of contestants. It provided more for viewers at home to root for and, often unintentionally, plenty to entertain.

X Factor UK 2011 is currently drawing to a close. The weekend of December 3, 2011 is this year's semi-final. The show's popularity in the UK has dived somehwat this year, perhaps partly as Simon Cowell is no longer an active part of the show.

He has taken X Factor Stateside and, across the Pond, the competition is moving towards its latter stages too.

After a few hitches, such as employing the judges, X Factor USA was launched. This Amercan version is aired in the UK a day later than in the US. It is interesting to see the similarities and differences between the two shows.

In the UK the audience has become jaded after experiencing X Factor for seven years. The show has almost run its course and in many ways this year has proved lacklustre. It has also failed to draw the big audiences it has in the past.

In the US the show is fresh and new.Drawing talent from such a large country means that the standard of performers in the US is much higher than in the UK.

Yet even so both countries seem to be losing their best performers and ending up with a rag taggle mixture of brilliant and average performers.

This week in the US Drew was eliminated. She was one of the early stars of the contest and Simon seemed genuinly upset that she was sent home this week. Aged just 14 Drew has many years to perfect her art and will no doubt find fame sooner or later.

In the UK the lower age limit was reduced to 14 but raised after too many young vulnerable performers found the competition hard to hack.

X Factor USA will no doubt be successful but these type of shows simply drain talent in many ways and limit variety. They stifle creativity. Gone are the days when musical success for some was hard earned. For many these days it comes too easy, before performers learn their craft.

In the UK X Factor's most notable and worthy winner was Leona Lewis. Sadly many of the others have had their brief 15 minutes of fame and then disappeared into oblivion. Let's hope contestants in the US fair better.

Yes it is popular, but not as much as it used to be 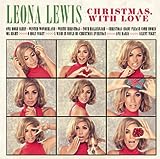