The World's First PRINTED OUT car. Yea From a printer and gets 200 MPG

In the not so distant future, the Star Trek "replicators" concept could be a reality. This would use a 3D printer, a downloadable Schematic and some raw materials!

As the 3D printers evolve, we're starting to see some pretty fantastic things being printed. If you really think about it, most things are built from smaller peices. Cars are created from frame peices that are welded together, and most of the internal parts are thousands if not tens of thousands of peices screwed, melted, glued, stapled, or welded together.

It's not too far fetched to think that if you could fit parts into a relatively small 3D printer you could manufacture an entire car and splice it together. These printers can construct anything from food to engine parts to 3D renders of complicated tools and even an engine block.

The printer can create both the inside and outside of these things simultaneousely. It does this because anything 3D can be sliced into ultra thin layers and it's within those layers that the actual design exists. Below I'll get more into how this works.

3D Printers Are Bubble-Jet Like Printers That Print Out Layers Of An Object, Fuse The Layers Together, And Generate A Solid Object Complete With Moving Parts!

I've been following the 3D printing realm for some time. The technology is getting pretty amazing! 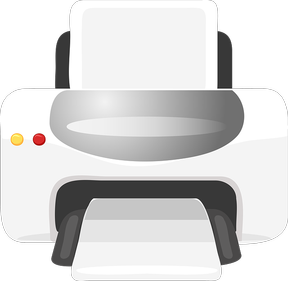 For those not in the "know", a 3D printer is a device that works much like a bubble jet printer.  A bubble-jet printer sprays the "ink" down on the paper then adds several layers for color by spraying one layer at a time, sometimes layering over another color to create a new color, and making several sweeps until you have a great picture.

A 3D printer, on the other hand, works by using a more industrial machine (a printer is not going to fit comfortably near your computer and can cost 100k or more so you won't be getting one anytime soon) and creates more than just 2-D pictures.The 3D printer actually prints much like a bubble-jet printer does, but it keeps stacking layers upon layers until an object is manifested right before your eyes.

This is not a quick process, at least not yet. It can take hours and sometimes days to fully render an object. Some things can be made in as fast as 30 minutes. One such example is a fully functional and sturdy adjustable monkey wrench. Nothing had to be assembled, it was made fully ready to go complete with moving parts.

They can even scan an object with an X-ray to get it's full dimensions and "layer" data, then print it out right after the scan! This is literally what happens in Star Trek's replicator only it uses a pattern. The pattern was created from a scanned object!

They can "powder" anything from Titanium to Iron and even Gold and use it as printer ink for just about anything!

Let's take titanium powder for instance. This is super fine ground titanium that is heated up and 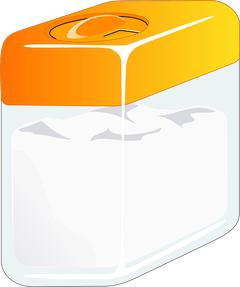 sprayed in an ultra thin layer onto the printing area.

Any 3D object can be created, even with complicated "innards" because anything can literally be sliced into 2 dimensional slices (pages?).

If you took an engine block, imported it into CAD software (computer 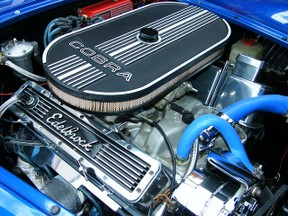 aided drafting) then you could literally print it out using a titanium printer. It will print the very bottom slice of the engine in this case, then it will let that cool for a second and harden. Then it prints the next slice and melts it to the first in strategic areas. In the end you will have printed out the engine block. They may use cooling agents to speed the "setting" stage and print it out faster.

These printers used to reproduce a car are multi inked, so to speak. They can print and fuse titanium, plastic, even alabaster and resins. The result is a multi-layered concept made from several materials. It's even possible to fuse plastic to metal and so on.

In the end, a company has decided to test the power of the "replicator", and they have created an entire car from scratch using nothing else but a printer. They printed out every part, every screw, every bar, window (plastic), seat- EVERYTHING and assembled it (you can't just print out a car in one whoosh, but you can piece it together like Lego's!).

They are thinking about using this process once perfected to manufacture everything. This will 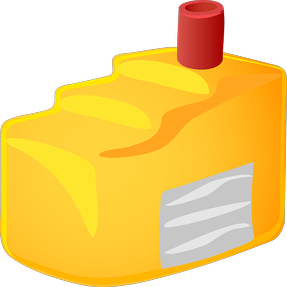 change everything about how you get things. The technology, which will start out in the manufacturer sector but will later become adapted for consumer use will make ordering a toaster online and printing it at home a reality!

You will be able to order products online and only really need to purchase the "pattern" for whatever your buying (and have enough raw materials in your printer to create the physical copy).

The machine would then act like a replicator on star trek.

We Already Use A Version of "Replicator" Technology

Things like books can now be replicated via a printer, you no longer have to purchase the printed copy to get a printed copy at a discount. You could actually print out every part of the book and can create an exact replica of the store bought version. 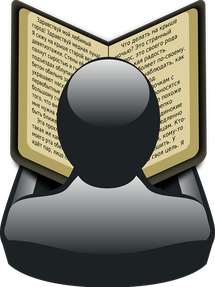 You purchase the book, then like magic you plug the "pattern" into the printer buffer and it can print you out a book, less the covers.

Soon you will be able to do this for simple products that use only one ingredient (although cell phones you can print out use two, one for the metal leads on the circuit board, one for the battery chemicals that will combine and create temporary power.

There is actually a way to print out a "paper" cell phone and they are developing a vending machine that will sell you a temporary one time use cell phone using 3D printer technology! Even the battery is "drawn in". A battery is just some chemicals that cause reactions and thus power. It's a cleaver idea!

All in all there are some amazing innovations coming, but the fact that they can produce a full car, windows and all, from a printer just proves that the technology is really getting amazing. The car they created is reported to get 200 miles to the gallon. The machines are powered by ethanol so it's green (even in manufacturing).

You can buy simple toy manufacturing robots on eBay right now that use silicone and can create those cheap toys you buy with tickets at Chuck-e-Cheese. It's still expensive but a cool idea that shows they are advancing the technology.

This is being used today to make prototypes and some companies are already using 3D printers to create their inventory.  They say this will drastically lower the cost of manufacturing things once the technology is evolved, but by that time the manufacturing will be moved out of factories and into our homes!

Keep your eyes open, if you blink you  may just miss something! 3D printer technology is growing at break-neck rates and it's just a matter of time before you see the home versions available and in infomercials like the "cricket" craft machine- which, by the way, is a 3D printer but is mainly used to cut things out of paper, plastic, and fabric that you assemble but the concept is pretty much the same. In the Cricket you supply the materials in raw sheets, but in the 3D printers of the future, you will just purchase titanium and other metals/plastics like you do toner and ink!

Sites like TPB are already starting to pirate patterns for 3D printers, so there has to be a demand already for quality patterns. The only thing I wonder about is how they will control the patterns so they aren't stolen!

If your tech savvy you may be able to create your own design of toaster, TV, car and anything else- this will definitely change the way the world works- who knows, maybe it will irradiate commercials! Maybe in 100 years we will no longer go to the store to buy things, we'll just print it out and the only stores will be powder mills! (and food stores of course, but there is also coming a food printer, I wrote about that in another article here).

Here's Zcorp's 3D Printer Sales Presentation- To give you a good idea of how the printer looks and works, and some things made with one 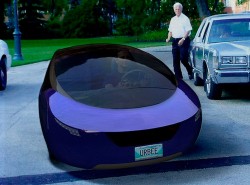 Years ago I became obsessed with Telechron clocks. I still have most of them in boxes. The desire to collect is strong and the vintage alarm clock has lots of history to admire.
35%  3   4 Jerrico_Usher
Manufacturing

In the not so distant future, you may be shopping online for a new type of "food recipe", one that comes like an eBook right to your food printer.
33%  0   5 DerdriuMarriner
Manufacturing 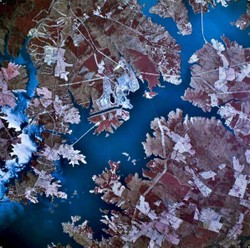