Making Money Online is Not Impossible, It Just Takes Putting Yourself Out There

Making Money Doing What You Love, Isn't Work At All! Learn to do both, work and love working.

Making Money online can be liberating and as a writer there are plenty of opportunities. In this article I'm going to hopefully inspire some of you and show you that making money online possible by sharing part of my journey in the beginning - with a little patience, the ambition to continue to learn and apply, update, learn more, grow, and build a business you can succeed, regardless of where you are now. I'll show you my first paychecks in 2008 when I first started to take making money online seriously and tell you how my path was formed.

At first I wrote for therapy. To get things out of my head, to help categorize what I learned (I'm always learning and seeking new and exciting information to regurgitate into an inspirational article) I write. I write with passion and only write about what moves me. I came to realize that writing on platforms like Wizzley and building blog sites was a great way to silence the brain and earn cheddar at the same time! I later learned that you can build sites specifically to make money AND work through an issue you may be facing. It's great therapy and there is likely to be someone out there who'd need your words.

My First Major Earnings Online In 2008 Started A Journey...

A Magnificent Journey That Changed My Life!

The Payday That Will Forever Maintain My Motivation

Proof in the pudding

I'll start with my check and the subsequent cash that came out of it. My first plight online was writing tiny 100 word "blurbs" for 1.00 each. They didn't even have to be factual, actually written like a small rant on a blog site or a tweet of 100 words. It was beautiful and I was more than ambitious to do it. The beauty was there wasn't any end or ceiling to earning potential. If you could physically write 3,000 blurbs a month you got paid for it!

The Above money is the result of writing 2,173 blurbs- exactly. Making money online didn't hit home until that first check hit for $2,173.00- that was more than I made offline at 3 jobs and it definitely paid all my bills!

The company I started writing for came around after I'd been writing on Hubpages for about 4 months. I was trying to make a living on HP but at the time had no clue how the whole thing worked and that it took time. Meantime I sought out freelance work and a friend of mine sent me to a site called Linkvana. The site utilized these blurbs to create artificial backlinks to raise ranking on a given page. It eventually evolved into an article (400 words), mini-post (200 words article), and blurbs (100 words first person story format).

Not a year after I started working there as a blurb writer the guy who owned the company sold it. He had bigger better fish to fry with a new content site he envisoned and launched. By that time I had worked my butt off and literally chased down the opportunity to work as a manager for the company.

I eventually got their attention with my work ethic and writing even improvements suggestions that helped the site and writers alike, and they hired me to watch tickets over writers, at the time about 50-100. After a few days I proactively started to read tickets from customers (on the same system) and developed the knowledge base needed to manage customers too- I brought this to their attention and not long later I was hired to  manage writers and customers as a tech support rep.

Working for this guy was one of the most amazing serendipitous moments in my life. It lead me down the path I was already on- how to make money online and leverage online resources to generate an income from home.

I'd been working at home and for this guy for almost 4 years (when this was originally written and posted on HP, I had been there for over 6 years when writing this article (now it's 8 in 2015). My hubpages portfolio had risen to almost 1k articles and my income, well let's just say it was a lot. It didn't happen overnight, it took time and patience, perseverance, and consistently learning and growing but listening was my best asset. I became much more than just a support technician and the guy started to have me do his treadmill work in SEO such as building pages, wordpress sites, articles for promo, and a great deal more.

These opportunities presented themselves to me in the form of open untapped opportunities. Had I not tried to impress them, (building skillsets I didn't have that I knew they needed) had I not written like crazy and proved my writing skills, they'd not of found me. I made my presence known in the best way possible- good work and proactivity- doing things before I'm asked or told to...

Introduction - Write Your Life Where It Needs Help

The internet has spawned some pretty interesting concepts and tools you can use in your personal life. It was about 3 years ago that I realized that using websites as a motivational tool is a great idea.

If your having problems in your relationship surrounding "Romance" then build a romance blog and commit to learning about and using at least one romantic gesture a day and post to the blog. A woman wrote a blog and started posting all her favorite science stories that she found unique and amazing, that blog was just a personal fun thing to do- today "I F*kn Love Science" is one of the most popular shared posts on Facebook (2015), and someone tried to give her 20 MILLION dollars for it, she turned them down (probably makes that every year anyway from it!). Personally I love her blog!

Back to my romance example. You can basically write about how you were or will be romantic and let others read it and gain inspiration. At the end of a years time you will be able to look forward to telling your hubby about the site and all the things you've done over the past year are cataloged into "tips and tricks" pages for other people but they well document (less privacy stuff) all your romantic gestures over the year and she can see that you do care and have made a tremendous effort to do so in committing to the blog. My point is if you make a blog about something you're passionate about- it will thrive (you must monetize it eventually though!).

I use web 2.0 sites often just as a thinking word board (sound board?) but I have always used it as a way to document my path, share my ideas and insights, and to earn money meanwhile. This gave me the idea to actually start building fully niched websites for the purpose of motivation and helping myself to heal, grow, and teach others.

When I build a site everything about it is optimized. I don't use free web page services (i.e. writing a hub, using a freeweb domain name etc... I actually pull the 8.00 out of my paypal to purchase a specific site domain name, I pay 14.00 a month for unlimited domains/hosting - hosting (so I can build a buch of websites and put them all on one hosting package so all I really need is the domain name and writing skills to pull it off. If your skills aren't up there yet sites like Wizzley can help as they provide all the tools to make an amazing article that feels like a magazine! They even give you a powerful way to monetize the page so you make money too!

this is an excellent place to start, you have to work for the experience first, the money will be easy later if you keep the training wheels up and don't worry about the money, that will only discourage you, the real money is in getting experience and being able to print money with your skillsets :)- gather as many skillsets as possible online, browsers, writing, SEO, internet marketing are things you will need to know very well- when you reach a certain experience level knowing the next step is automatic :) I call it work towards automation of skillsets... I started on Hubpages (wizzley is more impactful with aesthetic design), then came here. I don't write much anymore, I moved to management in my career path :)

Hi, I'm new to wizzely. I have only written three articles (it's my first day on the site). I am looking for sites to write articles for freelance work and I thought I'd give wizzely a try. However, I know you have to have a lot of views for adsense to actually make a little money. Is it possible to achieve money on this site using adsense or should I be directing my attention elsewhere? It seems like you are very experienced and knowledgeable about freelance work.

It only got better from there. This was written 2-3 years ago I just forgot to publish it lol! I eventually landed a consolidation managerial SEO Job for the same company and am living the dream of anyone who thinks about making money online with no hassles, just pure great job, great everything... I put in my time on the ground and now have wings, so to speak.

It is possible, it just takes the work and perseverance, I ran into a lot of road bumps in 8 years but I kept tapping my skillsets (and making new ones all the time to keep ahead of the curve) I found what I enjoyed doing and now I don't work a day in my life, but I make enough to say I'm truly wealthy, not rich per say, but I don't live paycheck to paycheck so much, and can buy all those fun toys without struggling (Haven't struggled in 4 years at all)... I couldn't have done this in the offline world, so much more is possible and easier online if you know what to do... and I was one of those people saying working online is bullS*** guess I was wrong haha... Thanks for reading :)

Wow! Impressive and your story is an inspiration. Thanks for a great article.

Your writing isn't making you money, isn't getting traffic and isn't winning ...

So, you want to work from home? You can make money using your computer. Don... 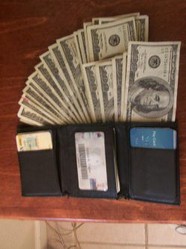 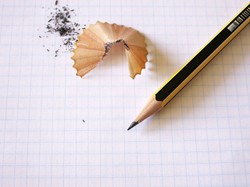 Your writing isn't making you money, isn't getting traffic and isn't winning any awards. Who cares? That doesn't mean you should give up! Here's 5 reasons why!
100%  22   13 supermom_in_ny
Tips for Working from Home 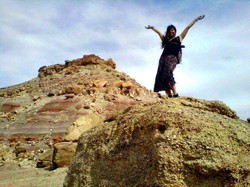 So, you want to work from home? You can make money using your computer. Don't know how to get started? Find out how you can use free sites to make money online.
Loading ...
Error!