Australia has approximately 300 000 active hunters that invest an annual $556,650,000 into the Australian economy.

Australia has approximately 300 000 active hunters that invest an annual $556,650,000 into the Australian economy. With a population of about 23,000,000, it is estimated that one million are involved with firearms and shooting.That is made easy because the only requirement to hunt in Australian Capital Territory is a valid firearms license.

The most commonly hunted animals by the estimated 80,000 pig hunters are feral pigs, introduced by Europeans settlers in the 19th century. The pigs inhabit about 40 percent of Australia and are highly destructive of fauna and flora, cause agricultural damage, reduce crop yields, cause damage to water sources and fences, compete with stock for feed, and cause farmers to lose hundreds of millions of dollars.

With the nickname of 'The Garden City', Toowoomba is in the Darling Downs region of southeast Queensland, also known as the Golden West region, located 78 miles west of the capital city of Brisbane. It is Australia’s sixteenth largest city, Queensland‘s sixth largest, and the most populous inland city next to the national capital of Canberra.

Toowoomba is a picturesque mountain city at the edge of the Great Dividing Range, the most substantial mountain range in Australia and the world’s third longest land-based range stretching for over 2,175 miles. There is also a great gun shop in Toowoomba, so shooters can easily get the supplies they need for their trips locally.

Feral pigs are in plague proportions in the Gympie region, and the hopes are to have sporting shooters do something about the estimated 25 million feral pigs. One way is the annual Queensland Big Boar Hunting Championships that also raise money for Australian Wandering Warriors wounded war veterans and their families.

Approximately 600 entrants get involved in the three-day event as they hunt with their choice or combination of firearms, bows or dog teams. Cash and donated prizes are given out for the most number of pigs, the heaviest, and the number of pig snouts.

The grass-covered Carmor Plains have some of the highest populations of wild boar in Australia, and you could possibly see 100 or more in one day! Their estimated population is 5000 massive proportioned wild animals! The quality and length of the trophy tusks is exceptional. This is also a photographer’s paradise.

The public is allowed to go recreational shooting and hunting on only certain vacant areas of Crown land that are listed on the back of the Shooters Permit, which costs only $19.00 but must meet certain application requirements. The Northern Territory Police issue firearm licenses, and the Parks and Wildlife Commission NT issues two types of hunting permits, one to hunt feral pigs and one to hunt waterfowl.

This 12, 500-acre property is on the Queensland-New South Wales border and is an approximate six hours west of Brisbane. The open grassland country runs into scrub areas and dams that provide a plentiful supply during the warmer months.

What girls & boys think is the best kids’ sleeping bag

Girls & boys want the perfect sleeping bag for all their sleepovers, watching... 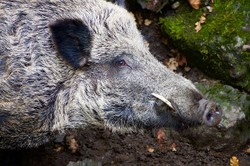 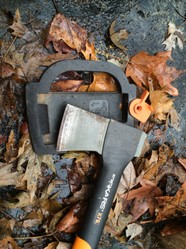 Want the best Bushcraft Backpacking Survival hatchet at an affordable price, read this in-depth review of the Fiskars X 7 hatchet before you buy.
52%  4   6 teddletonmr
Hunting

What girls & boys think is the best kids’ sleeping bag