5 of the Best Artists Who Make Great Songs for Karaoke

Want to pick the right karaoke song? Some artists make songs that are perfect, and here are a few.

There are lots of elements that have to come together in order for karaoke to be a success. You need a great setting in addition to a lively crowd. It's important to have good equipment that carries sound throughout the entire room. You'll also need plenty of drinks on hand for everyone to enjoy. And of course there is no more important element than a wide selection of music that featured popular hits. If you don't have the right songs, any karaoke session is going to die down pretty quickly. On the other hand, if you have an eclectic choice for people to pick from, the party could last all night. There’s something about a long song list that gets people in the spirit to try out new tunes. Of course it can get expensive when you're deciding which karaoke CDs to purchase at the end of the day. Some CDs feature artists who are more appropriate for karaoke sessions than others, and here are some of the absolute best.

Lady Gaga - there are Lady Gaga compilation CDs popping up all over the place, even though she's had a relatively short career. But her first album alone provides several hits that are perfect for karaoke sessions. Her songs are unique but not complicated, and that means anyone can take them on. She's also got a certain kitsch appeal that really blends well with karaoke singing. It seems her second album has produced just as many hits, and that means she'll be a popular pick for many years to come.

Taylor Swift - her CD and DVD package designed specifically for karaoke has been one of the best sellers at Christmas time for the past two years. It comes with everything you need to enjoy the true Swift experience, and kids really love it at the same time. She's a great musical role model for children because she remains wholesome without having to rely on sex appeal. Unlike contemporaries like Miley Cyrus, she hasn't had to artificially take a more adult approach with her career. The result is wholesome songs that the whole family can enjoy - and here's hoping to a long-lasting career.

Give it a Shot Right Now! 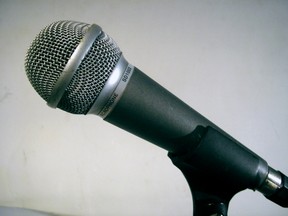 Motown Artists - the first two selections on this list feature relatively new artists, while the last three will have some classics. After all, you really can't beat some of the old-time singers when it comes to tunes you want to take on for yourself. There are so many great Motown artists from the past that they can't all possibly be mentioned here. But you should be able to find compilation CDs quite easily that have some of your favorite songs of all-time. They've got a slower pace and the right amount of soul perfect for you to put your own individual twist.

Frank Sinatra - at first glance, you might think that Frank Sinatra is a choice reserved for an older generation. But young people are also discovering just how great this crooner was. He's still a popular choice for people of all generations who want to sing dramatic and powerful songs. With creativity and your own personal style, you can really dominate the microphone like never before. There is no shortage of versions of his hits for your karaoke system whatever model it may be, and there's nothing stopping you from putting your own personal stamp on a Sinatra classic.

Michael Jackson - Jackson is considered to be the greatest entertainer of all time among many people. A testament to this is just how many other singers claim that Michael Jackson was the absolute best. You really can't go wrong with one of his CDs because it will likely give you the most value for your money. You'll be able to find hits from each decade, and all of them will put a smile on your face. His songs are relatively easy to sing as well because they don't go at a tremendous pace. You might not be able to re-create the pitch and tone, but you should be able to follow along quite easily.

Bad Choices - if you happen to see a Justin Bieber karaoke CD, you probably want to skip it until he gets more than one hit  song. While he's arguably the biggest teen heartthrob right now, he hasn't really had a huge music catalog to back up his popularity. Unless you've got a teenager who's really dying to sing his songs, you can safely bypass his selection. Another choice that you might want to skip is anything by Nikki Minaj. While she is certainly talented and beautiful, her songs are almost impossible to sing on a casual basis. They're just too fast paced and require a proficiency in rapping that most people don't have. 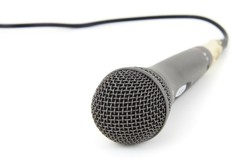 Psy performed Gangnam Style on New Year’s Eve in Times Square. The original video is the first to reach and exceed 1 billion views on YouTube. It’s the top meme of the New Year.
Loading ...
Error!