Love them or hate them, Christmas singles are here to stay, having entertained us for decades. But even those who hate them often end up singing along as they are hit by the seasonal spirit. Here Steve Rogerson gives his selection of the ten best Christmas singles of all time, and even gives his pick of what is the best of the best.

They are played endlessly every year on the radio and in pubs and clubs, but, despite the groans, after a few drinks most punters are singing along to them with arms around their friends as they enhance the Christmas mood. The classic Christmas songs have become as much a part of the holiday as turkey and mistletoe.

They have also become the source of many a seasonal argument over which was the best Christmas song of all time. Undoubtedly, most will disagree with this selection of ten of the top songs but few can argue with the fact these are among the classics. The ten are listed below in alphabetical order.

Written in 1944 by Donald Gardner, this version was the first to be published and has had numerous covers since then including by the Andrew Sisters, Platters, Nat King Cole, Chipmunks and the cast of Sesame Street.

After nearly a decade without a hit, this returned Gary Glitter to the top ten and is still one of the more popular seasonal jukebox hits, despite Gary Glitter having fallen from favour. The song was on the album Boys Will be Boys.

Probably the most famous charity record ever, this was written by Sir Bob Geldof and Midge Ure to raise money for the famine in Ethiopia. The band line-up was impressive including the likes of Phil Collins, Paul Weller, George Michael, Sting, Rick Parfitt, Bono, Marilyn, Duran Duran, Spandau Ballet and Bananarama. Repeat charity versions of the song were recorded in 1989 and 2004.

This is a brilliant song, proof that quality does not need to be sacrificed to make a Christmas hit. The song is a duet between Shane MacGowan and the late, great Kirsty MacColl. In 2005, the band performed the song again on television for the first time since 1988 with Katie Melua as the female vocalist.

This Vietnam War protest song was written by John Lennon and has had numerous covers that have elevated it to one of the classic Christmas songs. Bands and artists that have recorded it include the Moody Blues, Andy Williams, Neil Diamond, Diana Ross and Sarah Brightman.

This would probably have been number one if the glam rock fans’ purses hadn’t been divided with the equally popular “Merry Xmas Everybody” by Slade, which did make the top spot. Nevertheless, it has retained its popularity and is now one of the best-known Christmas songs ever.

One of two glam rock songs to be among the Christmas number ones of the 1970s (the other being Slade’s “Merry Xmas Everybody”), “Lonely this Christmas” was written by Nicky Chinn and Mike Chapman and spent four weeks at the top of the charts.

Harry Belafonte first has a Christmas hit with “Mary’s Boy Child” in 1958 but the Boney M disco style cover was much better. The song was written by Jester Hairston in 1956.

Few songs sum up the glam rock movement of the 1970s better than Slade’s famous Christmas hit. It is the band’s best selling single and stayed in the charts for nine weeks, meaning people were still buying it well into February. One of the band’s most famous performances of the song was at the 1980 Reading Rock Festival in August, when they had the whole crowd singing along in the hot sunshine.

Bing Crosby’s version of this song is the best selling single of all time. Written by Irving Berlin, its fame was boosted when it was the title track of the 1954 film White Christmas, one of the best Christmas movies of all time. It has sold more than fifty million copies and has been covered by numerous artists including The Drifters, Andy Williams, The Supremes, Dean Martin, Bob Marley, Linda Rondstadt, Boy George and Stiff Little Fingers.

The Best Christmas Single of All Time

Picking the best from this compilation is easy as “Fairytale of New York” stands head and shoulders above the rest. But credit should also be given to the glam rock performances of Gary Glitter, Mud, Slade and Wizzard, who all created songs that have become Christmas classics. And who can knock “White Christmas” when it has sold so many copies? Feel free to put your own suggestions for the best Christmas hits in the comments box below.

SteveRogerson, Thank you for product lines, pretty pictures and practical information.
In particular with the 12 days of Christmas 2021 ended, I'm thinking of the Christmas arrangements for year 2022. So I appreciate the spot-on, well-thought list.

But what about Brian May's One Beautiful Christmas Day and Queen's Thank Got It's Christmas?

Some suggestions of films to fill the time between the Christmas turkey dinne... 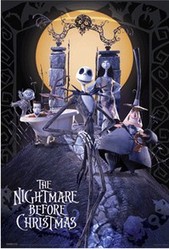 Some suggestions of films to fill the time between the Christmas turkey dinner and the inevitable family argument.
40%  2   5 SteveRogerson
Career Guidance

The dos and don'ts of surviving the annual office Christmas party.
Loading ...
Error!