What happens when members go down in droves? The answer stands out.

The fun flops. The sexy times disappear when the players vanish.

How long until Jagex can sing, "Here comes the players, they're so fine."

Let's have some sexy fun and follow the stories of some Runescapians as they attempt to solve the problem of diminishing members.

The council of wizards assembled.

The grey beards were handed out and stern expressions adopted.

"Grim times indeed.  The lands of Gielinor empty as if a giant hand is plucking people out one by one."

The greatest of the wizards adjusted her beard.  Times were tough, and nobody much liked being chief wizard.  So Emma had the job.  It was an internship, no pay, long hours, but had the promise of fewer job titles.

The aim was to end your career with no titles.  And a comfy chair.

The beard was itchy.  Beards were protocol though.

When the great issue of repopulation was discussed, only men could be considered wise enough to discuss sex, because they thought about it most.

But not every wizard was interested in such boring things as sex.  So the beards were employed to ensure an even playing field in discussion.

Emma wasn't even sure what sex meant.  It promised to be another boring meeting, some were already yawning.

She read from the book that had been buried deep in the ruined bowels of the ancient Wizard's Tower.

"...it was ever thus, the young rambunctious citizens would buy girlfriends and be the envy of their friends.  10 gp per day was a good price.  Often times just the appearance of a girl would draw a large gathering, and there would be much hooting and hollering amongst the citizens of Gielinor.

There have been a few that theorize the future of Gielinor lies in the appearance of these strangely alluring creatures.  A view I disagree with, one such creature winked at me and caused such a constriction in my heart that I felt sure to die.  If they are not all evil, surely some are."

Emma flicked past several pages impatiently.  If anyone could be paid to be stupid, a wizard could.  Which made them clever she thought.  A typical Wizard Paradox.

A glossy scrap of paper was folded between two pages.

Emma unfolded the shiny note.  Gothic letters swirled in red and gold.  Emma's eyes picked up hints of red and gold as the text shaped itself...

Hank went out to chop some wood, and his heart leapt a bit when he saw Matilda.

She was a beaut.  Swinging away with her axe at a tree, she was the epitome of enticement.

Her hair was long and straggly, sweat worked through clothing and hair.  She grunted with every swing.

Hank was in love.

Matilda looked up and her smile made Hank so happy he forgot everything and stood like an idiot.

Throwing his normal cowardice aside he strode up to her and stood still.

For some reason he wasn't sure how to embrace her.

It was ever so in Runescape, none were able to touch with affection.

Some say it was a curse that came from the time of creation.

At an intimate distance

Like sharks they circled each other on the grass.

Neither leading in the dance, both following.

Hank wanted to rip his shirt off.

Their desire to hold each other remained desire.

As their rising passion died away, they stood still and both regained that feeling of always being watched.

Everyone in Gielinor knew this feeling of being spied upon, it was why nobody ever got naked.

As if there was a Peeping Tom in the sky.

They slowly began to circle again, their faces mute with sadness.

The letters of the note formed into words and sentences.

For a time they looked like falling leaves and then as if a fog cleared, whole sentences were there.

"I am Oblox.  One of the last dragon riders.

Deceived we were, some say by Zaros, but mostly by ourselves.

I curse upon this place, that all thought of ideas become talk of people.

That aspiration towards others become acquisition of things.

That no babes be born, that children disappear.

That the ties that bind, be broken, but the urge remain.

...the word swirled away.

Emma's eyes retained flecks of red and gold afterward.  She decided that on the matter of curses seeing a gypsy might be just the thing.

It was no great feat to call an end to the meeting.  Most of the wizards went back to their hobbies; fishing or raising chickens or snoozing.  Emma noticed a cute wizard with firm buttocks share a cheeky glance at her with his black eyes.  Emma was shocked at herself.  Wizards should know better!  She straightened her beard and went in search of a gypsy.

A cup of tea with a gypsy.

Emma entered the dark tent.  It smelled of lavender and rosemary, for the most part.

Possibly some exotic spices mixed in the dark air too.

She drank her cup of tea while the gypsy lady watched.  Eyes glinting at her like a bird.

The gypsy thought about what Emma told her.

"These dragon riders, they still exist you know."

Emma looked up from her cup.  She thought the tea leaves would be getting a scrutiny from the gypsy at any moment, and she wanted a head start on any possible meaning.

The gypsy pointed at Emma's cup,

"The curse is strong, so strong that our acts of creation can only take place in minor ways like our farming or in other realms like our housing.  The Temple of Morton is under a minor curse by comparison."

"The answer is simple, like all fairy tales, it needs romance.  Where people care more for others than for their things."

The gypsy smiled and nodded her head.

"Good luck with that.", she grinned.

Emma slumped.  It had been years since she hadn't heard a wizard boasting about his money or his wand, or the monsters he had beaten with his wand.

But then she remembered that rather callipygian wizard at the meeting.

Perhaps there was hope for Runescape after all!  She ran from the gypsy tent, with hope in her heart.

A Peeping Tom looked down upon her.

Not all fairy tales have happy endings. 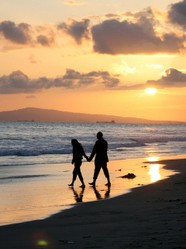