Workout for the Dole

The dole is an Australian term for unemployment benefits. There is a perpetual discussion about what it should be and do.

Unemployed in Australia qualify for the dole after 6 weeks of unemployment. Currently, depending on circumstances it is about $200 per week. With an allowance for rent which can be up to $50 per week extra.

Average Australian rents for a cheap 1 bedroom apartment are about $200 a week. With utilities adding another $50 per week to the bill.

Food, clothing and travel expense on top of that means that the dole doesn't pay. Unless you are a nudist who walks everywhere and doesn't eat.

What this means is that unemployed have to form communities, usually the core of that is shared housing. Sharing a three bedroom house for example.

Outside this community there is a group of people who can be stirred to outrage over unemployed people living lives of luxury. Usually stereotyped as a surfing drug culture, idling their lives away while the honest battler pays for them.

It's an Us vs. Them tactic. Politicians know that by finding a common enemy people bind together more tightly.

It's this narrow and selfish thinking that causes projects like Work for the Dole to spring up.

Get those lazy dole bludgers working!

But life is never that simple.

There are two ends of the spectrum.

Have the dole and pay people when they are unemployed.

Have nothing and unemployed people have to survive by their own devices.

Those two schools of thought diverge because of how people see the world.  Some see the world as a dog eat dog place, where those who struggle hardest are well rewarded for their efforts, and the lazy are left behind.  Others are a little more lenient.

I'm in the lenient group.  Mainly because we are social animals, not independent units.  For the first 10-20 years of our lives we are entirely dependent on others.  In the last 10-20 we become much more reliant too.  And during the intervening years we perform many socialistic activities, such as driving on roads not built by us personally.

The more you are given, the more successful you become. Examples; the more education you experience, or the better food you eat, or the better healthcare you get.  These all add to your chances of being better at helping others.

People are naturally generous, that's why we look after each other.  We like to cheer success on, we like to help others.

The dole is an example of that.

What the dole do.

Let's look at what the dole does by seeing what would happen if there was no dole.

Dole bludgers will not suddenly spring into action finding new jobs as online game designers, or set up automobile manufacturing plants, nor will they lead a great creative cultural renaissance.

What they will do is start competing at low end jobs, driving wages down.

We will start seeing Work for Food signs.

At the same time small businesses and landlords will start experiencing problems.  People on the dole spend all their money.  They have to.  All that money gets spread through the community every fortnight.

When the Government stops paying dole it stops a direct injection of funds into everybody's pockets.

Crime will become more prevalent.  For obvious reasons.  Selling drugs makes good money, and if someone's desperate they will do desperate things.  If you've seen "Breaking Bad" the whole premise of the show fails if it was set in a country with universal healthcare.  That show only works in a US setting.

Begging will become more popular.  It was only after the introduction of poker machines in South Australia that I first saw a beggar.  Without dole payments that problem will become endemic.

Dole payments are a good thing.  They help people, and not just the people getting the money.

Work for the Dole is a fantastic slogan.

It has that earthier honest approach of calling unemployment benefits a dole.  A handout.

Another technical term is Newstart payment.

As if the unemployed are beginning some grand new adventure.

Work for the Dole is tinkering and sloganeering.

The work cannot be real work, otherwise it undermines employed people and businesses.

Imagine a landscaping business being undercut by free labour from a Work for the Dole scheme.

Or free Work for the Dole labour being used to construct houses and roads.

And at the same time the Government doesn't want to spend more money on it than the dole already costs, because the whole idea of Work for the Dole is to show voters that the bludgers are giving some value for their dole.

So you end up with half-arsed projects with no long term view, because the next Government comes in and tinkers some more.

And you end up with unemployed people not learning anything and their circumstances not changing, apart from having to pay more for travel so they can get to these projects.

Work for the Dole is tinkering.

You know what would be better?

Workout for the Dole, pay gymnasiums to take classes for unemployed when they can spare the time.  Don't make it compulsory, but those who show up regularly are given more attention as to getting a real job.

And hopefully it will help unemployed gain some fitness and a little happiness.

No solution except one.

There is no solution to unemployment.

Well, there is one, but it's called slavery and has a bad reputation.

With the way employment ebbs and flows there will always be unemployed.

With the way technology kills old jobs there will always be unemployed.

Perhaps another way rather than being given Work for the Dole jobs which only teaches unemployed to do what they are told, rather than any real skills.

Then perhaps, a system that gives real life skills is a better.  Because it's an unchanging foundation throughout life.

I think a fitness progam might fit the bill.

Fiery New Brands for Aussie politics
Let's take a peek at the major parties of Australian politics and see if we can give them a quick makeover.

Safety High Visibility
We wear high visibility clothing to decrease our chance of accidents. Let's look a little closer.
Updated: 02/26/2014, Fargy
Thank you! Would you like to post a comment now?
3

It's partly self defeating. In theory Work for the Dole is in place to give people pride from working and the unemployed get given shitty low status jobs, irregardless of qualifications.

Which reinforces to unemployed people that they are scum.

Which I think is the unspoken assumption behind Work For the Dole schemes.

We hear the same in the UK, that dole is too much and a lifestyle choice when added to accelerated social housing for single mums and so on. If you know how to play the system, there is seemingly little to stop you from playing it. Otherwise, I can tell you £300 a month does not pay the bills on a house that is mortgaged, even with the addition of some freelance pennies and contributions from others in the house. If the local authorities cannot recruit someone to a basic role (trash clearance, street cleaning) they should be able to require someone long-term unemployed to undertake the role, as is suggested for those of us with qualifications and previous experience. Our local trash collection team is a mix of long term unemployed getting free fitness workout for the job, and incoming migrants developing their language skills. We joke we have a good team (who collect the rubbish) and a bad team (who throw it all over the street) depending on who works which week.

Sounds good. Dancing? Couldn't there be work for the dole that pays already existing businesses to take on people. May be $1 for $1 Apprenticeships work like this. No? Jo 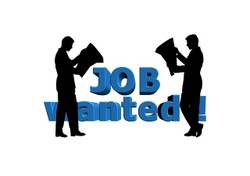 The Causes of Structural Unemployment: Four Factors that Keep ...
100%  37   10 AbbyFitz
Other Social Issues