Conspiracy seems to have got a bad reputation. But conspiring is how we best achieve our goals, conspiracies are alive and well.

If we want to disparage something we call it a conspiracy theory.

Yet we are social creatures best able to achieve our goals through working together.

Combine that with the old catchphrase that knowledge is power, and we can move along to the assumption that people working together in secret have an advantage.

Next to the recipe we add in how murderous and venal we humans are.

And there you have it. A recipe for Conspiratorial Reality.

Recent history shows some events that are amenable to the formulation of conspiracy theories.

The destruction of the World Trade Centre 11th September 2001.

The assassination of JFK 22nd November 1963.

...and we have some cause for believing alternative hypotheses than the ones Rupert Murdoch allows on television.

A US President believed and stated publicly that whatever he did was legal.  Because he was the US President.

Richard Nixon of Watergate infamy.  17th June, 1972.  Where Richard Nixon ordered the break-in of Democratic Party Headquarters and then tried to cover it up.

And now we have a Democratic US President who orders the use of drones in foreign countries to assassinate people, in countries that the US isn't at war with.

The same US President has set up a surveillance system in the NSA that has no check, no balance.  Apart from the specially created Court that was created to pretend to be a check and is in reality a rubberstamp.

So at least two dodgy US Presidents with secrets to hide in our history.

Conspiracy theories are smaller than theorised.

One of the attempts to discount conspiracy theories is to paint theorists as believing in gigantic world-wide schemes of world domination by a secret boys club of billionaires.

That plot over-reaches itself.

Some all powerful S.M.E.R.S.H or K.A.O.S is fun entertainment, but the reality is much simpler.  We all act to try and control our environments.

Many different groups do try and act in their best interests and keep secrets.

It makes sense.  Nobody wants to give away secrets to the opposing team.

And given all these people are acting similarly it then looks like there is a coordinated approach of conspiracies.  But it's just people being people.

We are hard-wired to seek patterns, we even get a little mental kick when we spot one.

So it is quite possible that we see patterns in the behaviour of others that don't exist.  We sometimes mistakenly read the body language of others for example.

But we are a murderous lot, and it's probably best to err on the side of caution.

Police have to deal with conspiracies every day.

People create crime and then create lies to hide the crimes.

Unraveling those lies is the topic of many an engrossing mystery thriller.  Starting way back when Sherlock Holmes was breathed into life.

As a result of this constant conspiring police try and simplify why and how things happen.

And, somewhere in there, some twisted motive for causing crime.

With the legal system we do get some feeling that there is a conspiracy, but that's mostly driven by legal justice being determined by material wealth or political influence, rather than any conscious conspiracy.

People have written guide books on conspiracy and then actually acted on their own advice quite successfully.

Here are two of the most famous...

The authors make no effort to hide their advice or cushion it in politically correct terms.

The authors were not the only readers of their work.

These are guidebooks on how to control people.

It would be foolish to believe that world leaders do not have access to these works or have not read them.

These books are not fairy tales.

In King Henry the VIII we have a figure worthy of a Games of Thrones book.

Isolated from us by 500 years of time, King Henry was a murderous, war-mongering, libidinous king.  Quite capable of ordering the execution of his wife.  Regularly.

King Henry even started his own religion to help achieve his goals.  A religion people still believe in.  The Church of England.

Have we changed over 500 years?

Do we have rulers that show the evil we are?

We haven't moved that far from King Henry.

How do we tell what motivates our leaders?  If we could see into their hearts we could see what inspires them to conspire.

Part of the motivation is trying to keep many people happy.  So you have to lie.

Even jolly old King Henry told a fib or two even with his absolute power and the willingness to have monks murdered, he still wanted to make sure not absolutely everyone hated him.

An example or two.

If we look at the missing airplane, the MH370 and view that as a conspiracy, because it was certainly planned, then we have to work at what the simplest essence of the plane disappearing is.  Why did someone want that plane to not go where it was meant to?

The effect of the disappearance we are not sure of yet.  Money from insurances and other things will still have to be discovered to help work out motives.  There may also be political results which we have no inkling of, and that will depend on the passenger manifest.

For now, someone wanted that plane to disappear.  Not explode dramatically into a city.

If we look further back in time we see planes crashing into the World Trade Centre buildings.  And Larry Silverstein receiving just over $4 billion as compensation.  He tried for $8 billion but the judge ruled against him in 2013.

Almost an inspiration for a movie, or a conspiracy.

Perhaps the Miracle on the Hudson was inspiration for flight MH370.

We all do them.  We whisper in secret about even the littlest of things, trying to find some advantage.  You will know that in yourself.

The only difference is that some people have the means to put on a big production.

For a conspiracy, look to what effect the action or whisper has.

Money's not a bad indicator either.  Means, method, opportunity.  And motive, or money.

If you were in charge of a political party would you not have a plan for the future?

You would plan.  And you would keep it secret.

Workout for the Dole
The dole is an Australian term for unemployment benefits. There is a perpetual discussion about what it should be and do.

My Adventure in Reddit Land
Reddit can be a handy helper for Wizzley writers however it has its pitfalls.

Fiery New Brands for Aussie politics
Let's take a peek at the major parties of Australian politics and see if we can give them a quick makeover.
Updated: 03/25/2014, Fargy
Thank you! Would you like to post a comment now?
3

I've not watched Captain Phillips. Training people to think is one possible conspiracy. For example teaching people that welfare to unemployed people is bad, and that giving carmakers and miners a few hundred million is good. So that the reality is that businesses get more welfare than the unemployed but that the unemployed are demonised for it.

We are trained to label people in many more ways than that. It makes it very easy to set people up, and even fool people into following the roles assigned to them.

:) How's that for conspiracy. Oh, and conspiracy theorists are all assigned to the crazy label. Makes it easy to dismiss them.

Have you watched the movie Captain Phillips? They killed the pirates without a trial because there would be political implications if they let them get to land? A trial may have shown that the pirates feared for their lives had they not done what they were told. I don't understand the concept guilt without a trial? It means that someone could set you up - finito! Jo

Drones open a whole can of graveworms. Here is one issue, what if the target is a US citizen? http://rt.com/usa/drone-strike-possib...

We are definitely bizarre.

I hadn't even heard about all the drone stuff! It had occurred to me that America seemed to think it fine to kill people with out a trial. (On television and all.) I think human beings are bizzaree! Jo 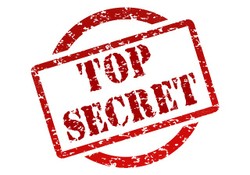