A personal memory of the University of Texas Shooting in 1966.

On August 1, 1966 I was newly married and attending the University of Texas at Austin. I worked in the library for part of the day to help make ends meet. My husband was attending class. We were going to meet for lunch underneath the tower. Luckily, we never made that lunch date.

The call that saved our lives

A bit before we left for lunch, one of my co-workers received a call and told everyone to stay in the building. There was someone shooting from the tower. We all went to the windows to see what we could, not realizing that the shooter, Charles Whitman, was an excellent marksman and, we later learned, had shot several people though windows in the nearby apartments. 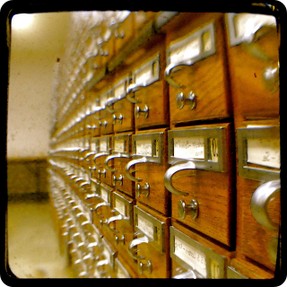 We Wait and Watch

I didn’t know where my husband or any of my friends were. This was in the day before cell phones and instant communication. The phone and the radio were all that we had to find out what was going on.  Ambulance attendants were being shot. People on the street, including a young newsboy, were being killed. I felt as if the world had turned upside down 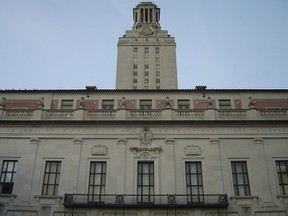 No one was shot near our building, but we saw guns, lots of them, and people crouching behind cars and buildings.  Not only were the police out in force, but many private citizens were shooting at the madman in the tower. In fact, the police credited them with making it difficult for Whitman to aim.

Finally, after almost an hour and a half of horror, we watched as four men ran zigzagging their way to the base of the tower. More shots. Then the message comes that they got him.

Austin Police Department (APD) Officers Ramiro Martinez, Houston McCoy and Jerry Day, plus civilian Allen Crum, had made it up to the top of the tower and killed the gunman.

People poured out of the buildings looking for friends and family. Phone lines were jammed as students tried to call home and reassure worried families.

I found my husband covered in blood. He hadn’t been shot. He had been helping get victims into ambulances. My former roommate, however, had been wounded. She was hospitalized but made a full recovery.

We later learned that Whitman had killed his mother and wife before carting an arsenal of guns up to the observation deck of the tower. He had killed 16 and wounded another 32 others.

Columbine was once hailed as the worst shooting in US history, but in fact, this shooting in Austin, with 16 dead was number one until the April 16, 2007 shooting at Virginia Tech.  The worst school killing was actually a bombing in Bath Michigan in May 18, 1927 that killed 45 elementary school children and their teachers.

Many years later, when I was working in a New Hampshire school, I sometimes would flash back on that day. With all the security in place and lock down drills, I would start to worry about some of the more violent students. Then I came to realize, that although a school shooting is horrible, the odds are really quite small that you’d ever actually be in that situation. Then I realized that the odds of being in two school shootings was even better. I was going to be fine. 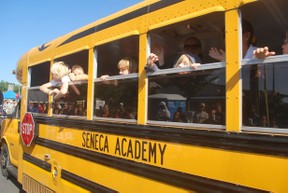 He definitely had some issues. There's a debate about whether the tumor would have caused his actions. Guess we'll never know for sure. The scarey thing is everyone seemed to like him and he seemed normal before this.

I was in high school when that happened and remember it on the news. Not too long ago, I read that an autopsy revealed that Whitman had a large brain tumor. Previously, it was easy to think of him as an evil person. After hearing about the brain tumor, I realized it was just as sad for him and his family as it was for those that he killed.

It wasn't good. I think I just suddenly felt I needed to talk about it.

Wow! I've heard about the Charles Whitman attack, but never known an eye-witness. That must have been so terrifying.

How horrible! It really makes me sad to think that these things happen, and they seem to be happening more often than I can accept. 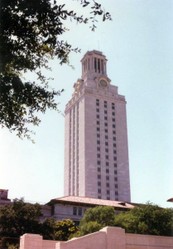 A Sniper in the Tower: The Charles Whitman Murders
100%  37   10 AbbyFitz
Other Social Issues