A Short History of Oxford Coffee Houses and Student Life

The Oxford coffee house was the perfect meeting place for intellectually curious, and argumentative male students. But the Oxford University authorities were watching.

The first coffee in England is thought to have been brewed in 1637 by Nathaniel Conopios from Crete, a student at Balliol College, Oxford. The famous diarist, John Evelyn, records in 1637 that he saw Conopios drinking the brew 'not heard of then in England', whilst the historian of Oxford life, Anthony Wood, confirmed that Conopios "...made a drink for his own use called Coffey, and usually drank it every morning...".

Wood also confirms that the first English coffee house was opened in Oxford in 1650 by Jacob, a Lebanese Jew, who later moved his business to Holborn in London.

It seems that Oxford can take the credit for introducing Britain to the most popular drug on the planet!

As in London’s coffee houses, where sections of society gravitated to their own particular establishment, in Oxford each college had its meeting place. Among them:

A significant coffee house was opened by Arthur Tillyard in 1655. Tillyard's was the meeting place of the Oxford Chemical Club, a group of leading scientists , including Sir Robert Boyle, and their students.

From this Club the Royal Society would emerge.

The City Council and the University authorities kept a sharp eye on these establishments. In these dens of caffein-fuelled iniquity political ideas were openly discussed, newspapers freely available and the class status of the male coffee drinkers was irrelevant.  Talk was the thing!

At last there was somewhere where students could escape the stultifying atmosphere of University life, a place where they could indulge in inter-departmental gossip and exchange ideas on educational and political reform.

Regular publications such as political pamphlets and  radical newspapers were the lifeblood of the coffee houses. The proprietors ordered these publications for their clients’ free perusal, and coffee house gossip and scandal provided hot topics for the same publications, many of which were anti-Government and anti-University. No wonder the powers-that-be were worried...

In 1711 the Vice-Chancellor of Oxford banned the sale of The Medley and in 1720 Terrae Filius, both publications being critical of the University.

Buy The Bean that Isn't a Has-Been!

Order the Best From Amazon

Charles II was popular and handsome.  He was fond of the theatre and encouraged women to act on the stage.  In 1666 he rolled up his lacy sleeves and was out in the streets trying to put out the Great Fire of London. He walked in the parks with his spaniels and apparently had no concerns for his own personal safety. Surrounded by mistresses who gave him many children, Charles was making the most of his Restoration.

But it would have been a mistake to interpret his bonhomie as liberalism. Even the merry monarch was no slouch when it came to clamping down on what he perceived as political subterfuge. Such was his concern that coffee houses could become political hotbeds of Jacobin revolt that on 29th December 1675 he ordered their closure.

But Charles had gravely underestimated the people's need for intellectual and political debate. After all, despite the popularity of Charles II's restoration, debate had been part of the Puritan inheritance.  The outcry  against the closures was so widespread that Charles had to rescind the proclamation in January 1676.

The Oxford University Authorities were concerned not only with matters of radical thinking. Many Oxford coffee houses had been granted licenses to sell wine and the drunken behaviour of students was of concern.

In an attempt to limit student freedom, Proctors and Magistrates were urged by the University to visit coffee houses and urge proprietors not to allow students to build up loans, not to serve students after 11:00 at night and not to open on Sundays until 5:00.

Whether such attempts at control were totally successful is unclear. What is clear is students who drank wine in coffee houses often spilled out onto the streets of Oxford causing mayhem!

Tom’s Coffee House in the High Street was known for its back room, nicknamed The House of Lords. It was furnished with Chippendale chairs reserved for senior members of the University and similar high-ranking officials. 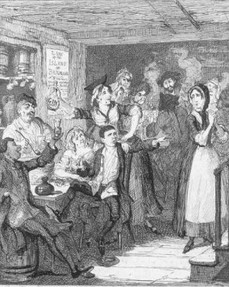 Despite (or maybe because of) its distinguished clientele in the back, the Vice-Chancellor was informed that morally suspect literature with dubious illustrations was freely available to students in the front.

At a coffee house opened in 1728 by a Henry Biggs in St Clements, the drunken Biggs entertained students with the favours of his wife and sister, both of ‘a loose life’. It was apparently for this reason that students frequented the house.  Not the coffee.

Decline of the Oxford Coffee Houses from Mid-18th Century

Soon the stimulation of coffee and political debate - that explosive combination - began to take a nosedive.   The reasons?  Here are just a few:

The Oxford coffee houses, stimulating islands of intellectual ferment and lively debauchery, were coming to an end and are hardly remembered today for the remarkable institutions they once were. They served Oxford students well.

Hi cmoneyspinner - I am so glad you enjoyed it! Thanks for your post :)

I think the East India Company became more interested in importing tea than coffee so it became less profitable to open a coffee shop. Also, tea shops were frequented by both sexes so they became popular!

Funny that the arrival of tea was one reason for the demise of the coffee houses!

Mira - I too would like one of those old-fashioned-style perculators. I remember them from when I was a kid! :)

Interesting article, Kathleen. And I like your selection of stainless steel coffee makers at the top. I need to get me one of those :) 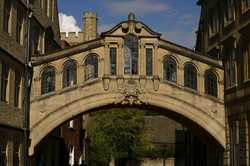 The French Revolution inspired English radicals to dare to fight for reform. Their weapons were a new literate artisan class and the printing press.
28%  2   3 KathleenDuffy
Age of Enlightenment