A Very British Witchcraft: More Four documentary looks at the origins of Wicca

The long awaited documentary A Very British Witchcraft looking at the origins of Wicca is due to be broadcast on More Four on Saturday 17 August 2013.

Originally due to be broadcast early in 2012 under the title Britain's Wicca Man, A Very British Witchcraft is due to air in full on More Four on Saturday 17 August 2013. A shortened version has already been broadcast in Australia. The documentary looks at the life of Gerald Gardner, regarded as the founder of the modern Wicca religion.

The origins of Wicca, Britain’s fastest growing religion, are explored in A Very British Witchcraft, an hour-long documentary due to be shown on More Four on Saturday 17 August 2013. Historian and Pagan studies expert Professor Ronald Hutton will explore the background to the religion concentrating on its founder Gerald Gardner, who started a religious group at a nudist colony in the 1930s.

From this first coven, Wicca has grown into a worldwide religion in little over seventy years. Hutton will look back at this history taking in tales of naked witches casting spells to ward off Hitler, tabloid hysteria about human sacrifices and Gerald Gardner himself appearing on Panorama.

Originally called Britain’s Wicca Man and made by Matchlight, the show was due to be broadcast on Channel Four in early 2012 but was postponed for unknown reasons. In June this year, a shortened version (shown below) was broadcast on ABC in Australia.

Englishman Gerald Gardner was born in Blundeslands near Liverpool in 1884 but spent much of his life first in Madeira, and then Ceylon, Malaysia and Cyprus. It wasn’t until after he retired that he returned to England and joined an occult group, the Rosicrucian Order Crotona Fellowship. This led to him being initiated into the New Forest coven in 1939. He decided to revive the pre-Christian Witch-Cult, supplementing the coven's rituals with ideas borrowed from Freemasonry, ceremonial magic and the writings of Aleister Crowley to form the basis of modern Wicca. He died in 1964.

British historian Ronald Hutton was born in 1953 and specialises in early modern Britain, British folklore, pre-Christian religion and contemporary Paganism. A professor at the University of Bristol, he has published fourteen books and held a fellowship at Magdalen College, Oxford.

His first television appearance was in 1994 on the documentary Timewatch and he was back the following year in Divine Magic. A notable appearance was in the 2004 episodes “Witches” in the documentary series True Horror with Anthony Head. He went on to appear twice in Lost Worlds and four times in Terry Jones’ Great Map of Mystery. He is about to host his own twelve-part series Professor Hutton’s Curiosities, with each episode looking in detail at a different British museum.

“The single most powerful idea I take away from wicca,” said Hutton, “is this – where as other faiths say ‘This is what you should feel about the divine’, this one says ‘This is how you can feel divine’.”

SteveRogerson, Thank you for practical information, pretty pictures and product lines.
In particular, I find it interesting that Wicca evolved with inputs from Freemasonry and Rosicrucianism. Would most people nowadays recognize what the three have in common and where they differ?

It would be rude for me not to watch this one. :) And can I add that Prof Hutton is an extremely gracious and knowledgeable person in life too. He's never failed to answer any question that I've put to him, as fully as he possibly can.

Naturist Stephen Gough is the subject of a BBC One documentary – The Naked Ra... 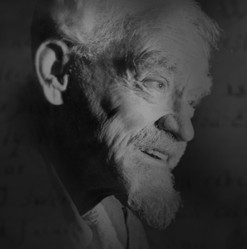 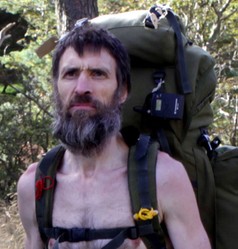 Naturist Stephen Gough is the subject of a BBC One documentary – The Naked Rambler – due to be broadcast on Tuesday 20th August 2013.
33%  1   4 SteveRogerson
Wiccan, Pagan, Druid

Some modern traditions have their origins in Pagan fertility rites
Loading ...
Error!